It’s unknown if the Shibayama case might result in monetary redress.

A “glad news/sad news” scenario played out Aug. 4 when the Organization of American States’ Inter-American Commission on Human Rights published its verdict in the years-long saga of Shibayama, et al. v. United States.

For civil libertarians, the glad news was that the IACHR’s verdict determined that the U.S. government is liable for redressing World War II-era human rights violations perpetrated upon three Peruvian-born brothers — Tak Shibayama, Ken Shibayama and Isamu Carlos “Art” Shibayama — of Japanese ancestry and, by extension, other similar victims. 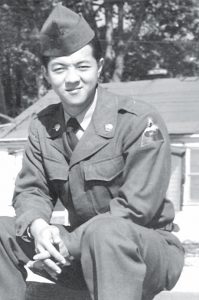 Art Shibayama in his U.S. Army uniform during the 1950s. (Photo: Courtesy of Betty Shibayama)

“While I am happy that the rights of my father and the other Japanese Latin Americans have been vindicated,” said Art’s daughter, Bekki Shibayama, “it is bittersweet since my father did not live to see this important victory.”

As significant as the verdict might be, if and when the U.S. might act to provide some sort of redress is unknown because the verdict was not from a federal court but from the IACHR, which cannot order the U.S. government to act. The U.S. has not sent official representatives to attend any of the hearings to date.

Regardless of whether the verdict might someday result in monetary compensation similar to the $20,000, as a result of the Civil Liberties Act of 1988, that went to surviving Japanese Americans who were incarcerated by the federal government during WWII, Grace Shimizu, coordinator of the Campaign for Justice: Redress NOW for Japanese Latin Americans! said she was more interested in “moral compensation.”

“Compensation is an important part of really what should be this integral reparations, but it isn’t the main thing,” Shimizu said. “I think people want acknowledgement, full disclosure and an apology.

“But compensation matters because people lost a lot of property and a lot of … economic and educational opportunities,” Shimizu continued. “… Compensation is important because when governments do the wrong thing, like this, they have to feel that they cannot repeat it. There has to be what we call the ‘ouch factor.’ ” 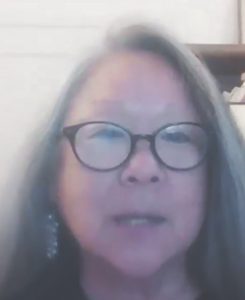 So, though the IACHR verdict is mostly symbolic at present, at a Zoom news conference held the next day, its recommendations were for the United States to:

In its statement, the IACHR concluded that the Shibayama claims were “irrefutable,” and that: “The Inter-American Commission on Human Rights concludes that the [USA] is responsible for the violation of Articles II (equality before the law) and XVIII (fair trial and effective remedy) of the American Declaration [of the Rights and Duties of Man] … .”

The Pacific Citizen reported in its April 7, 2017*, edition that the Shibayama family “ … was among the 2,264 Japanese Latin Americans kidnapped from their homes from 13 Latin American countries during WWII by the U.S. government to be used in hostage exchanges between the U.S. and Japan. Once the war ended, the U.S. government categorized these JLAs as ‘illegal aliens’ in the country.” Art Shibayama was 13 at the time.

In addition to the Japanese Latin Americans, there were also more than 4,000 Germans and more than 200 Italians from Latin America who were among those brought to the U.S. at that time.

The intention for why the United States cooperated with Latin American nations like Peru, which had wanted to remove Japanese immigrants whose economic success was threatening to other Peruvians, was to use the ethnic Japanese from Latin America to trade them for Americans captured by the Japanese military, a line that even the U.S., which had removed from the West Coast (and incarcerated) American citizens of Japanese ancestry, was unwilling to cross with Japanese Americans.

After becoming an adult, Art Shibayama, who had been incarcerated with family members at the Department of Justice camp at Crystal City, Texas, worked at New Jersey’s Seabrook Farms, lived in Chicago, would serve in the Army, become a U.S. citizen after some decades-long, convoluted machinations, raise a family and operate a gas station in San Jose, Calif. 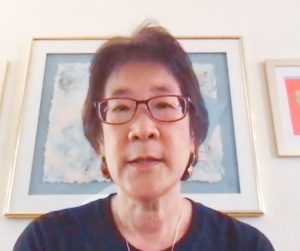 Regarding what the case might ultimately mean for those affected, Bekki Shibayama said, “I see hope after seeing the current Black Lives Matter movement. … What I learned from my father was not to give up.”

“This victory is great news for Japanese Latin Americans, but also for immigrants, refugees and those fighting extraordinary renditions and violations of civil liberties and human rights,” said Karen Parker, lead attorney for the Shibayamas and the JLAs. “We had to take this case to an international human rights forum because the Shibayamas could not get justice after five lawsuits and two failed pieces of legislation in Congress. I hope that representatives of the U.S. government will now do the right thing and give the JLAs the redress they deserve.”