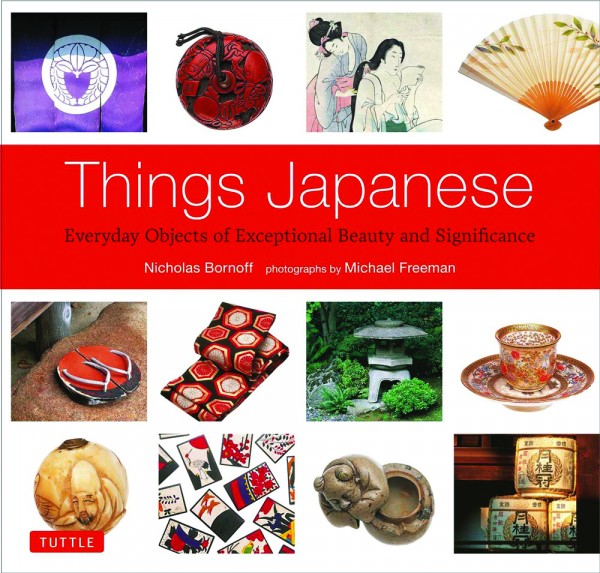 If You Have These Things You Must Be JA

All the Japanese Americans I know have all sorts of ways to show their cultural roots. It may not be evident when you meet them, but the signs are there, in their homes.

When I was a kid living in Japan, it never occurred to me that the stuff in our house was . . . well, Japanese. And when we moved to the U.S., we took a lot of our stuff with us — folding screens, small artworks, dolls, dishware, pottery, chopsticks and cooking utensils, plus a lot more.

Once we moved into a suburban Northern Virginia home in the mid-1960s, we set about fitting in to our all-American “Wonder Years” life: nice ranch home, big backyard, all our Japanese stuff inside. Oh, except for my dad built a Japanese rock garden in the backyard complete with a stone lantern, and he planted a cherry blossom tree in the front yard, which bloomed every spring at the same time the famous cherry blossoms that were given to the U.S.

That tree has grown huge in the decades since — I’ve seen photos, and it looks like a giant fluffy ball of pink cotton candy that dominates the yard and hides most of the old house behind it.

When we moved to Denver in the 1970s, my dad didn’t plant a cherry tree in the front yard (they don’t grow so well in Colorado). Instead, he got a new stone lantern and put it by the front door.

I’ve noticed since then that many Japanese Americans have stone lanterns in front of their homes. We have one, albeit a small one, even today, proudly proclaiming that JAs live in our home.

There are many signs of Japanese culture that surround us, in our families and communities. On the one hand, these traditional artifacts may serve to separate us, like the bento box lunches we constantly had to explain to others in grade school. But on the other hand, they’re a reflection of our pride in our roots, even if we’re Sansei, Yonsei or even Gosei. If we announce our ethnicity to neighbors with a stone lantern, it’s because we’re proud to be Japanese, to be Asian.

Other symbols of our Japaneseness include the dolls we got from our mothers or grandmothers, handed down through generations, wrapped in colorful kimonos and kept dust-free in fragile glass cases, or the teapots we leave on our kitchen counters, and the section in our silverware drawer that we reserve for chopsticks. Back outside, some of us might accompany our stone lanterns with carefully trimmed bonsai trees (we also trim our aspen trees to look like cute lollipops).

Do you have a display of Chinese zodiac figures? A framed kanji character or, better yet, a hanging scroll of calligraphy? These could be generally Asian, or specifically Japanese.

Do you bring out Hanafuda cards when someone mentions card games? Is your kitchen cabinet jammed with regular plates but also a full set of chawan bowls for rice or lacquer bowls for miso soup? And, of course, is there a bottle of shoyu on your table next to the salt-and-pepper shakers, probably with the red (or low-sodium green) tops?

Maybe your jewelry box has a drawer for little Japanese talismans, called netsuke(ITAL). Or in your closet alongside Monopoly and Clue you have a Go set. Your walls might be graced with reproductions of famous Ukiyo-e artworks. Maybe a Japanese good luck charm hangs from your car window.

We reveal our identity in dozens of small, cultural ways all the time. We may not even notice them ourselves.

A recently reprinted book reminds me of the Japanese stuff that surrounds us and keeps us tied together as a community. “Things Japanese: Everyday Objects of Exceptional Beauty and Significance” by Nicholas Bornoff with beautiful studio and environmental photos by Michael Freeman was originally published in 2002 and reprinted in 2013 by Tuttle.

The images capture the objects, and the text puts them into cultural context. It’s cool to know that those stone lanterns have a name: ishidoro(ITAL). And to learn that those little talismans are called netsuke(ITAL), and they were buttons or toggles. Hanafuda, you’ll find, is based on a Portuguese game from the samurai times and is one of several popular karuto(ITAL), or card games, that have evolved in Japan.

“Things Japanese” is chock-full of fascinating history and information that will enrich your knowledge. You may look around your family’s things and feel even more Japanese than ever before.

It’s a fine book with the ability to connect you with your culture.

Gil Asakawa is a member of the Pacific Citizen Editorial Board and the author of “Being Japanese American.” He blogs about Japanese and Asian American issues at www.nikkeiview.com, and he’s on Facebook, Twitter and lots of other social media. He was recently named the 2014 Asian American Journalists Assn. AARP Social Media Fellow.