Enacted during WWII, the college also will commission a plaque and organize an event to share the history of JAs.

In the last semester of my senior year at Indiana University, my focus was on my future graduation, until my mind was forced back to the past. I discovered that my soon-to-be alma mater had enacted an explicitly racist ban on Japanese Americans during World War II led by Board of Trustees President Ora L. Wildermuth. Wildermuth proclaimed that the ban was necessary because “I can’t believe that any Japanese, no matter where he was born, is anything but a Japanese.”

To make matters worse, I realized walking to class the next day that the campus gym was named after Wildermuth — someone who would’ve readily denied my grandmother (or even myself) admission to the university.

I knew I needed to do something. I thought about my grandmother, who was lucky to be admitted to a university in Kansas after being rejected from other schools. For Nisei, attending a college was leave clearance from the camps and a much-needed opportunity to start a new life. IU could have been this opportunity, but it chose not to be.

Weeks later, I held a Day of Remembrance event calling for IU to apologize. I met with dozens of administrators, deans and local stakeholders, explaining our community story and why an apology was needed.

There was some quick progress when IU removed Wildermuth’s name from the gym. A few months later, I published a definitive report on the ban in the Indiana Magazine of History (https://www.jstor.org/stable/10.2979/indimagahist.115.2.01). Yet, further progress was hard to come by.

In 2020, I returned to IU and presented another DOR event that called for an apology (and reparations in the form of retroactive diplomas) alongside leading Asian American faculty. In response to this petition, IU President Michael A. McRobbie issued an apology for the ban in July.

McRobbie directed IU’s archives to identify and apologize directly to any descendants of those denied admission, commission a plaque containing IU’s statement of regret and organize a committee of faculty to plan an event sharing the history of Japanese Americans and IU’s ban.

As I went through the process of getting this apology, I reflected often on the legacies of redress.

I sought out descendants of those denied admission to see what they wanted from IU. I spoke to hundreds of people who had never heard the Japanese American story before.

I built coalitions with Asian American faculty, students and alumni. I created an irrefutable report that made it impossible to argue an apology was not necessary. This was all for just one university. I cannot begin to imagine how difficult it was for Nisei and Sansei leaders to get redress passed by Congress. I am grateful for the legacy of redress for inspiring and guiding my efforts at IU. I hope that the descendants of those denied admission find solace in the apology.

The organization released the following statement in response to IU’s apology:

Indiana University President Michael A. McRobbie released a statement on July 22 on behalf of the university apologizing for the actions the university took during World War II in banning Japanese Americans students. 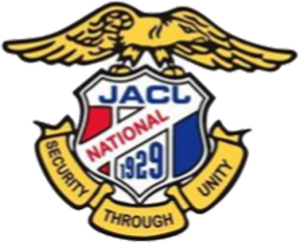 The statement and actions taken within are the culmination of work taken on behalf of Hoosier JACL member and IU alumni Eric Langowski. On Feb. 19, 2020, in honor of Day of Remembrance, Langowski delivered a petition to the University Board of Trustees that asked for a formal apology for the university’s wartime actions.

At the 2019 National Convention in Salt Lake City, the JACL National Council approved a resolution to seek apologies from Midwest Schools, including Indiana University, for exclusionary actions enacted during WWII.

In 1941, 3,500 Japanese Americans enrolled in schools across the Midwest, with this number dropping to 650 in 1942 following the start of the war. The history of Japanese American students has been addressed on the West Coast, but this resolution and actions show that there are a wide variety of wartime stories that need to be taught.

We applaud Indiana University for its acknowledgment of past actions and look forward to the fulfillment of their promised remediation. We also hope that other Midwestern Universities will follow suit.

If you know of someone who was denied admission to Indiana University or another Midwestern University, please contact the Nisei College Redress Project at ncrp@jaclchicago.org.