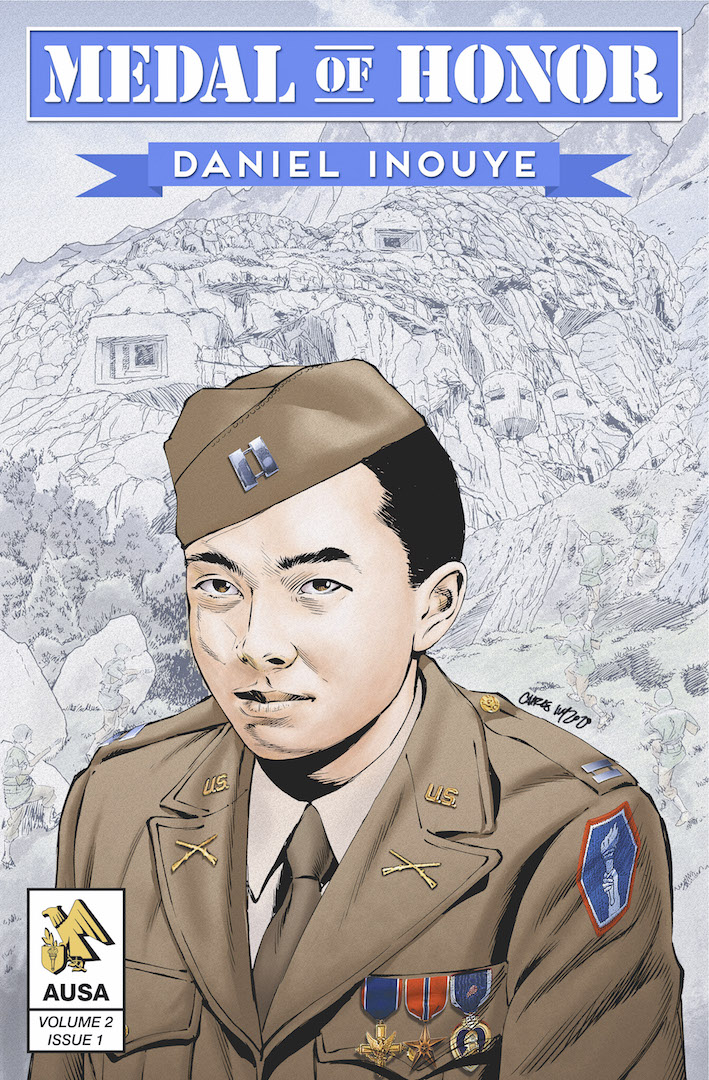 The graphic novel on the life of Sen. Daniel Inouye is part of the AUSA’s Medal of Honor series.

The late Hawaii senator is feted by a nonprofit Army organization.

The Association of the United States Army has announced the latest installment to its Medal of Honor graphic novel series, and its subject is the late-Sen. Daniel Inouye.

Inouye, who served Hawaii as its senator for nearly five decades, was also a member of the segregated 100th Battalion/442nd Regimental Combat Team during World War II.

Originally an enlisted man like most of its Japanese American members, Inouye received a battlefield commission. He lost his right arm in combat and was originally awarded the Distinguished Service Cross, the United States’ second-highest military decoration.

Along with 22 other Americans of Asian Pacific heritage — 20 of whom were also members of the 100th/442nd — Inouye’s DSC was upgraded to the Medal of Honor in 2000 upon review that showed racism prevented him and those other soldiers from receiving that recognition initially.

Despite having lost an arm fighting for his country, in 1963, Inouye would go on to become the first Japanese American elected to the U.S. Senate, where he served for nearly 50 years until his death in 2012.

The graphic novel on Inouye is the first issue in the second volume of the AUSA’s Medal of Honor series, which launched in 2018. Other Medal of Honor winners to have had graphic novels produced about their wartime exploits are Roy Benavidez, Sal Giunta, Audie Murphy and Alvin York.

Upcoming this year in the series are graphic novels on Sgt. Henry Johnson, the Harlem Hellfighter who fought in World War I; Dr. Mary Walker, a Civil War surgeon and the only woman to receive the Medal of Honor; and Cpl. Tibor Rubin, the Holocaust survivor who later fought in Korea.

The scripts for all have been written by comic book veteran Chuck Dixon (“Batman,” “The Punisher”) and this issue’s artist is Peter Pantazis (“Justice League,” “Superman,” “Wolverine”). The colorist is Pantazis, and the letterer is Troy Peteri.

All installments of the series can be viewed or downloaded for free at ausa.org/moh, and the direct link to the Inouye graphic novel is ausa.org/inouye.

The Association of the United States Army is a nonprofit organization devoted to the U.S. Army and its soldiers.