Following an extensive national search, the management and development executive assumed her position on Sept. 23.

LOS ANGELES — The board of directors of the Japanese American Cultural & Community Center announced on Sept. 23 that Patricia M. Wyatt has been named as the center’s new president and CEO, following an extensive national search. Wyatt assumed her new role on Sept. 23. 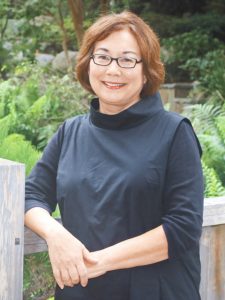 Wyatt brings more than 30 years of executive management and strategic development in both the nonprofit and for-profit sectors across a multitude of industries. Most recently, Wyatt was the founder and CEO of MayaCo & Associates, a brand and media consultancy focused on social impact.

“Pat’s personal connection to and interest in the mission of JACCC, along with her strong record of accomplishments as an experienced leader in the nonprofit, entertainment and creative spaces makes her the right person to continue the incredible momentum of the organization and drive JACCC into the future,” said Craig Tomiyoshi, chair of the board of directors. “We’re excited to have her onboard and look forward to introducing her to our members and supporters.”

In her role at JACCC, Wyatt will oversee the institution’s wide-ranging artistic,  culinary and education programs, as well as manage a staff of 21 full-time employees, more than 40 part-time and contractual/seasonal staff and 200 volunteers.

“The JACCC is poised to expand its  cultural footprint and pride of place in  the Japanese American community, and  I’m ready to put all of my skills and experience in the corporate and nonprofit sectors to work on behalf of this world-class organization,” said Wyatt. “Joining the JACCC team is exciting for me as a professional, but it is also profoundly personal. As a biracial child growing up in Kentucky, I had few  opportunities to explore my Japanese heritage,  yet as an adult, it has become my  passion pursuit, making me a fully  vested evangelist for JACCC and its many  activities, experiences and services.”

Wyatt’s work for nonprofit organizations includes the Institute for the Future, Palo Alto, and the Koret Israel Economic Development Fund, Tel Aviv. She also has served as president of WorkingNation, a start-up, nonprofit media organization designed to galvanize Americans in finding a solution to the looming employability gap.

Prior to WorkingNation, Wyatt was  president of Innovation: Africa, a global  nonprofit that provides clean energy solutions to rural African communities. In addition,  she held the position of chief development officer at ALSAC/St. Jude Children’s  Research Hospital, where she led a team  of 550 individuals who together raised a  record-setting $1 billion in one year.

Wyatt’s past corporate leadership  experience includes president of the licensing and home entertainment companies at Twentieth Century Fox and executive vp of brand marketing at Mattel.

In addition, Wyatt has served on numerous boards, including Children’s Miracle Network Hospitals, where she was chair of the board of governors for two of the eight years of her tenure, as well as Machine Project, California/International Arts Foundation, Professional Advisory Panel of the School of Integrated Media at CalArts, Technical Advisory group at Pearson Education and Causemo, a mobile donation app and information technology systems service.

Founded in 1971, JACCC is one of the largest ethnic arts and cultural centers of its kind in the U.S. Serving as the hub for Japanese and Japanese American arts and culture, as well as a community gathering place for the diverse voices it inspires, JACCC connects community participants and creative professionals in Southern California and beyond.