Wat Misaka and Arlene Inouye will be honored at the organization’s upcoming National Convention.

Misaka and Inouye will be recognized at the organization’s Sayonara Banquet on Aug. 3  during its National Convention, which runs July 31-Aug. 4 at the Little America Hotel. 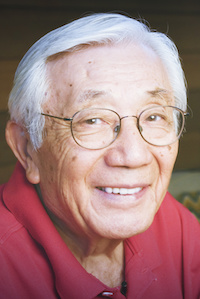 Wat Misaka is the first person of color to play in the NBA. (Photo: watmisaka.com)

Misaka is an Asian American trailblazer in sports, as he was the first person of color to play in the National Basketball Assn.

Misaka, who was born on Dec. 21, 1923, was raised in Ogden, Utah. He played basketball for Weber State University, then made the basketball team at the University of Utah at the onset of World War II.

Although he was not a starter, Misaka received playing time when Utah went to the NIT and NCAA tournaments, ultimately winning the 1944 NCAA championship.

However, Misaka’s college  career was interrupted by two  years of military service in the U.S. Army during its occupation of Japan. He returned to play for the University of Utah, and his team went on to win the 1947 NIT tournament.

In the championship game, Misaka led the team by holding University of Kentucky’s leader and National Player of the Year to one point.

Misaka was drafted by the New York Knicks in 1947 and played point guard for the team during the 1947-48 season.  After his tenure with the Knicks, he returned to Utah to become an engineer, and in 1999, he was inducted into the Utah Sports Hall of Fame. 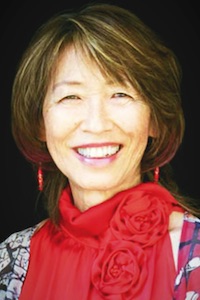 JACL will also honor Inouye, secretary of United Teachers Los Angeles, for her lifetime work as an educator and more recent role as the UTLA Negotiations Team co-chair. In this capacity, she led the Los Angeles Unified School District Teachers Union, which represents more than 30,000 educators employed by the LAUSD, through a strike to a settlement agreement, which included a pay increase, smaller class sizes and more nurses, counselors, librarians, and mental health professionals in schools, thus ultimately affirming the importance of a quality public education for all students.

Moy praised Misaka’s place in sports history. “In this era of Linsanity, Naomi Osaka and Colin Kaepernick, Wat Misaka led the way in breaking the color barrier in professional sports when he played for the Knicks,” he said.

Moy continued on to highlight Inouye’s leadership in  public education. “Arlene Inouye’s role as the primary negotiator for the recent L.A. School District’s  teacher contract negotiations won significant advancements for  strengthening public education for all students served by the school district,” he concluded.

Founded in 1929, JACL is the oldest and largest Asian American civil rights organization in the U.S. JACL monitors and responds to issues that enhance or threaten the civil and human rights of all Americans and implements strategies to effect positive social change, particularly to the Asian Pacific American community. JACL has three chapters in Utah, where the 2019 convention will be held.