Sam Mihara and Dianne Fukami will be recognized at the organization’s upcoming National Convention next month.

Sam Mihara has made an indelible impact on educational and legal communities worldwide by teaching about the contemporary relevance of Japanese American experiences during World War II. 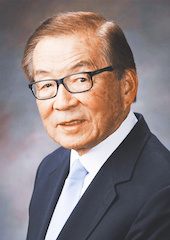 Mihara helps audiences understand the human costs of incarceration through recounting his own experiences as a Heart Mountain survivor: loss of family wealth; interruption of schooling; preventable blindness of his father; death of his grandfather from a misdiagnosed illness; and the daily hardships of concentration camp life. His well-researched presentations offer a sophisticated yet accessible lens on the subject matter, highlighting constitutional violations and underscoring common themes between past and present injustices.

In eight years, Mihara has delivered 330-plus presentations, reaching a staggering 90,000 individuals. His audiences include school children, college students, educators, corporate leaders, lawmakers and more. Reviews are uniformly excellent as he engages with firsthand stories that resonate across varied demographics.

Mihara’s work is moving mountains. While reaching a wide swath of the public, he also maintains an influential presence within many of the traditional feeder institutions of our nation’s leaders.

Moreover, he donates 100 percent of his speaking fees to projects that will enable others to continue telling the Japanese American story. His dedication strengthens the work of JACL and other organizations advocating for the humane treatment of immigrants and justice for historically marginalized communities.

As a distinguished contributor within our Japanese American community, Fukami’s collective work products have impacted our nation and Japan in a multitude of ways. 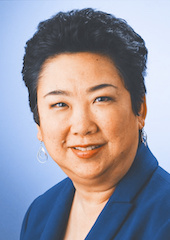 As founder of Bridge Media, she has produced numerous documentaries chronicling a multitude of Japanese American experiences.

Her most recent documentary, co-produced with Debra Nakatomi, followed the life of Sec. Norman Mineta and was featured in a dozen film festivals. “An American Story: Norman Mineta and His Legacy” is a key component of the Mineta Legacy Project, an online resource for social studies educators.

In addition, she has won numerous accolades, most recently the 2018 National TV Academy’s Silver Circle award for excellence. Fukami has been recognized with Associated Press, RTNDA, and Emmy awards.

A former NATAS Governor, Fukami received the chapter’s Service Medallion in 1991 and was a founding chapter member of the regional Asian American Journalists Assn. She has been named the Distinguished Woman Warrior by the Pacific Asian American Women Bay Area Coalition for Outstanding Media Service, selected by the Japan Ministry of Foreign Affairs for a Japanese American Leadership Delegation  and invited to the 2015 Worldwide Assembly of Women in Tokyo. She teaches video storytelling at the Academy of Art University, where her students produce a half-hour weekly TV show.

This year’s pool of nominations was no exception. Nominees were scored on the basis of impact, quality of life, influence, human knowledge, obstacles and period of work.

JACL applauds Fukami and Mihara for their accomplishments and looks forward to recognizing them at next month’s National Convention in Las Vegas.