The RMA acknowledges and upholds the validity of a marriage based on the state in which it was performed and bars the wrongful denial of federal benefits to marriages conducted in another state. 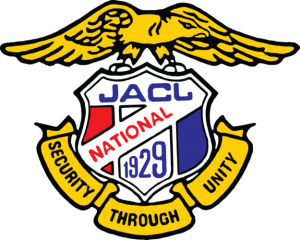 We also join our fellow civil rights advocates in calling for the passage of the Equality Act, which would provide full protections and freedoms to the 20-million-plus self-identifying LGBTQIA+ individuals who call the United States home.

This landmark bill would grant the same rights and freedoms to these individuals that millions of other Americans already enjoy. This bill specifically prohibits discrimination based on sex, sexual orientation and gender identity in spaces including but not limited to housing, education, employment, etc.

The bill “defines and includes sex, sexual orientation and gender identity among the prohibited categories of discrimination or segregation.”

With 2022 coming to a close and 2023 fast approaching, it is critical that the JACL provides resounding support to our partner LGBTQIA+ organizations in the fight for basic human rights.

Said JACL Executive Director David Inoue: “JACL has a long history of support for marriage equality as an amicus participant in the Loving v. Virginia case through which the courts struck down anti-miscegenation laws and as one of the first national organizations to voice its support for gay marriage, a right also since affirmed by the court. However, we recognize the tenuous state of these rights dependent upon court protection from still-existing laws that with a change in court position could return to force. The RMA is a major step toward ensuring that the right to marry whomever one wants is a protected American right, respected by all states.”