JACL supports a resolution made to the San Francisco Board of Supervisors to honor the city’s public defender, who passed away unexpectedly in February.

Supervisor Haney chose Gilbert Street, which runs parallel to Sixth and Seventh streets between Bryant and Brannan, because it is the street that the late public defender used to walk between his office and the courthouse, located at 850 Bryant St. 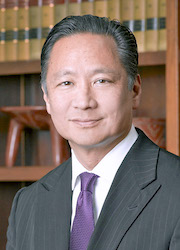 Adachi, 59, passed away suddenly on Feb. 22. Born in Sacramento, he was “the most highly visible Japanese American elected official in San Francisco and the only elected public defender in the State of California,” according to a statement by the JACL. Adachi was  re-elected four times.

“Jeff was tenacious and passionate in his belief that all people, regardless of their economic or social status, deserved full and equal representation in the criminal justice system,” said John Hayashi, president of the San Francisco JACL. “He refused to play politics with his principles, remained unmoved in his convictions and was not intimidated by the powerful and connected.”

In an official letter dated May 24 to Haney, JACL VP for Public Affairs Sarah Baker wrote, “Jeff (Adachi) was not only a voice for Japanese Americans, but for people across the nation in his fight for social and racial equality. He was an inspiration to generations of lawyers, his community and beyond. It is for these reasons, amongst innumerable reasons, that the JACL would like to support the renaming of Gilbert Street to ‘Jeff Adachi Way.’

“The JACL joins our local San Francisco chapter in thanking you for your leadership on the board of supervisors to recognize Jeff,” Baker continued. “Please feel free to contact me if the National JACL can be of any assistance in ensuring that ‘Jeff Adachi Way’ may serve as a memorial to a great public servant.”

JACL’s San Francisco chapter submitted its letter, signed by Hayashi, to Haney on May 8, saying it unanimously supports the supervisor’s effort to rename Gilbert Street after Adachi.

“During his time at the Office of the Public Defender, Jeff worked diligently to defend those in need, believing each individual deserved a fair trial,” the letter stated. (See the full version of the letter on Page 2.)

Should the board approve the resolution, work will begin on surveying the businesses and residents on Gilbert Street. Another vote would then take place.

Although some residents have voiced the difficulty of changing their address information should the street be renamed, many more have supported the resolution, saying it is the perfect tribute to honor Adachi’s lifelong commitment to the people in the city. 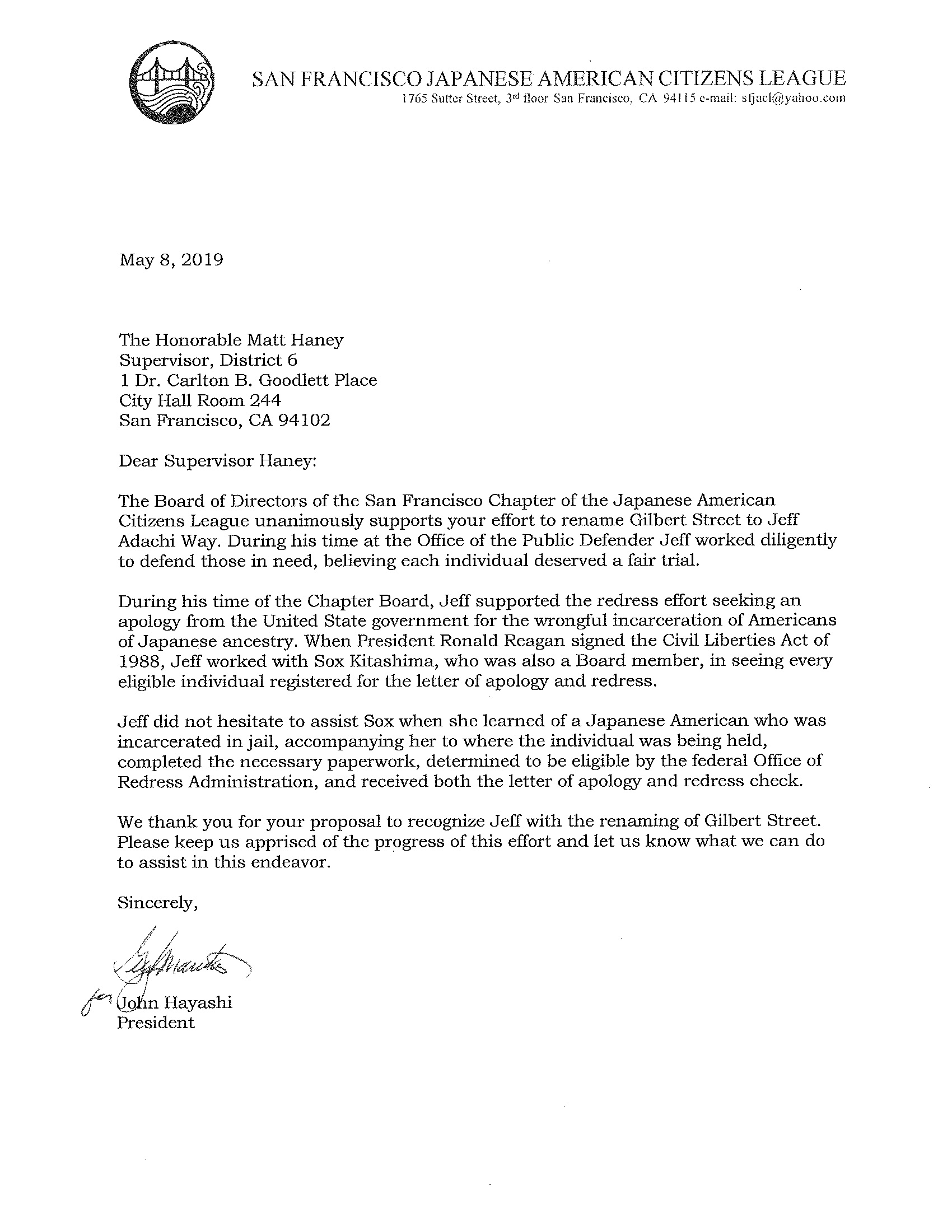