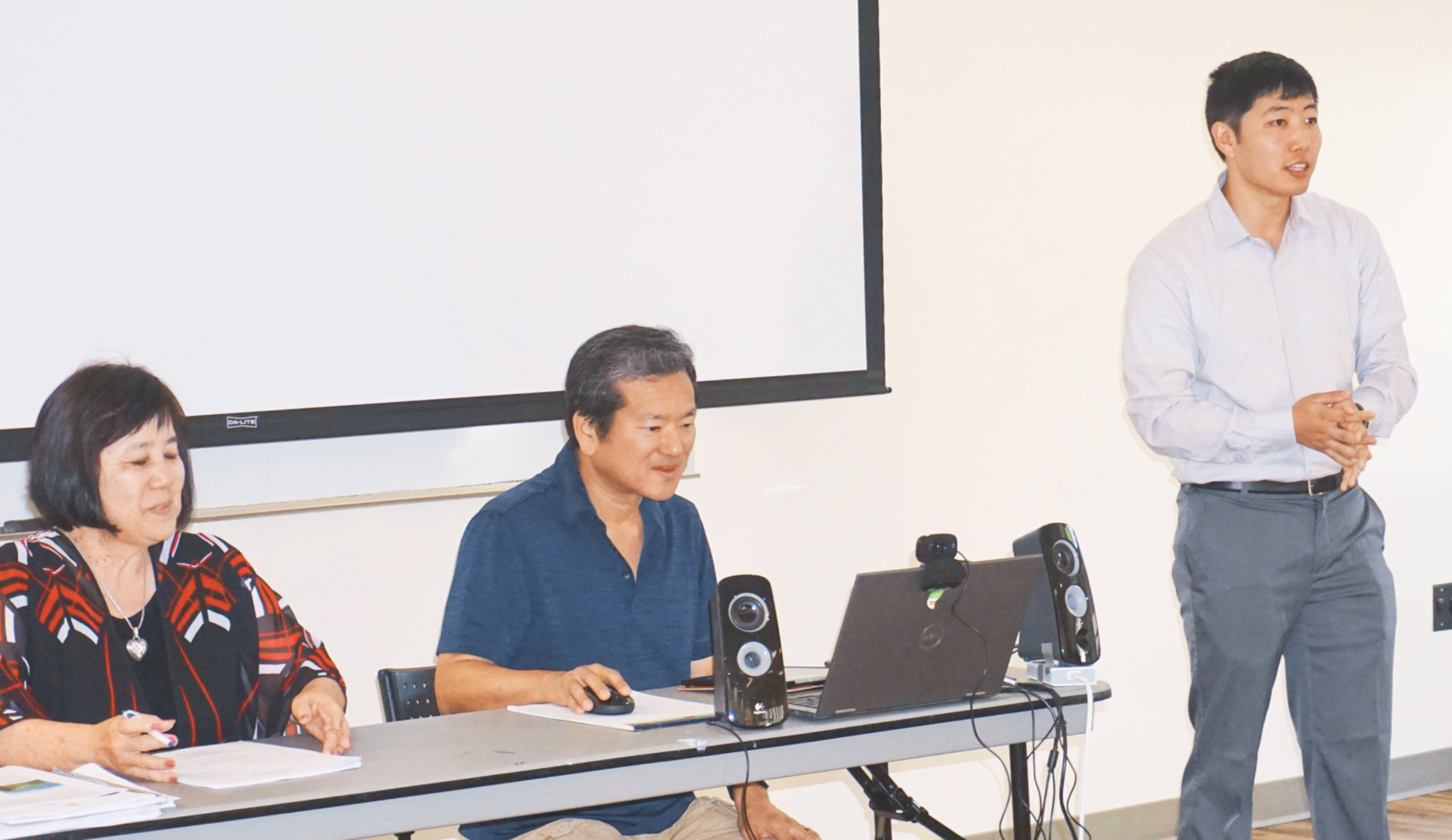 The JACL PSW District Council held its quarterly meeting, hosted by the SELANOCO JACL chapter, on July 14 at the Dr. Joseph White Room in the University of California Irvine’s Cross-Cultural Center in Irvine, Calif. The PSW District Council is comprised of 27 chapters and is led by Gov. Carol Kawamoto.

Since 1966, the SELANOCO JACL has been active in Southeast Los Angeles and North Orange County activities, and its main focus as a chapter is to reach a younger audience and promote the message of the JACL.

According to Ryan Yoshikawa, president of the SELANOCO JACL,  “The new generations are more aware of the political landscape, and I want to help give them an avenue to become a larger voice in their own community with a strong organization, such as the JACL.”

When asking Yoshikawa what inspired him to become a board member and now chapter president, he said, “When I became a director of public relations for Tomo No Kai, a Japanese American cultural club at UCI in my senior year in 2017, I became the student liaison to the SELANOCO chapter. Through this, I was introduced to the fantastic board members and their hard work to maintain civil liberties for not just the Japanese American people, but also all citizens of the United States. The hard work and dedication of our board has motivated me to become the president of the chapter.

“They have an unwavering belief in the organization and the principles it was founded upon,” Yoshikawa continued. “I was honored that I could become president of the SELANOCO chapter and continue its legacy of civil justice into the next generation. I want to help inspire others my age and younger to become more involved and aware of the power they have and the community they are a part of.”

During the meeting, plans were discussed for upcoming events, including the biggest fundraiser for the SELANOCO JACL, its annual Mochitsuki, which was started in December 1974.

At this event, the chapter makes more than 100 pounds of mochi in preparation for the New Year. Each year, chapter members enjoy inviting college students to come and experience this annual tradition.

In addition, the SELANOCO JACL celebrated its 53rd anniversary on April 23, having been chartered on that day in 1966 with Henry Yamaga serving as the chapter’s first president. There were 101 charter members and five associate members who began the chapter; now the next generation of SELANOCO JACL members are continuing their legacy.

The SELANOCO chapter and its members have had a long history of involvement in the Southeast Los Angeles and North Orange County communities and have made a difference not only in the Japanese American community but also national and world affairs.

The SELANOCO Chapter is also working with Anaheim educational groups and the Poston Community Alliance to present a program at Anaheim High School on Aug. 24 entitled “The Poston Experience: Paving the Way for the Next Generations” and the City of Anaheim to present its new original exhibition “I AM AN AMERICAN: Japanese Incarceration in a Time of Fear” at the MUZEO Museum and Cultural Center from Aug. 25-Nov. 3 in Downtown Anaheim.

The UCI Tomo No Kai students added a special touch to the meeting by greeting guests at the parking structure and guiding them to the UCI Cross-Cultural Center.