As we approach the end of the 2021 Congressional session, it is hopeful that legislation removing the sunset of the original JACS grant and reauthorizing funding for the program will be voted on by Congress before the end of this year. 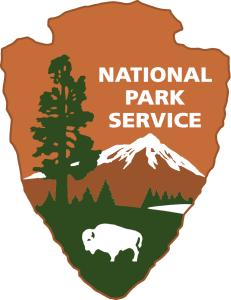 HR 1931, which is authored by Congresswoman Doris Matsui (D-Calif.), has had an initial hearing of the Natural Resources Committee in the House of Representatives. It is expected that a “mark-up” session of the committee will be held soon to iron out technical elements of the bill and move it forward for a floor vote in the House.

The bill has the support of Speaker Nancy Pelosi and is currently a bipartisan bill supported by members of both political parties. Several national and local civil rights organizations have also expressed their support for the legislation, including the Japanese American Citizens League.

The original bill also had bipartisan support and was authored by Republican and then-chair of the House Ways and Means Committee, Former Congressman Bill Thomas of California. Matsui was a co-author of the legislation, which was signed by President George H. Bush in December 2006.

HR 1931 will authorize a funding level of $38 million that would provide grants to private entities to preserve WWII incarceration sites and programs that educate the public about the unconstitutional forced evacuation and imprisonment of Japanese Americans during WWII.

Many of the American public are still unaware that this kind of forced removal of American citizens and immigrants actually happened, which is why it is vitally important to continue this program of preservation and education.

Grassroots advocacy will be key to the bill’s passage. JACL members and other groups are urged to make personal contacts with their U.S. senators and representatives to seek their support for HR 1931.

This kind of personal contact by those whose families were impacted by these American concentration camps was a strong force in getting support for the original legislation. With there now being many new members of Congress, this action is essential to get their support.