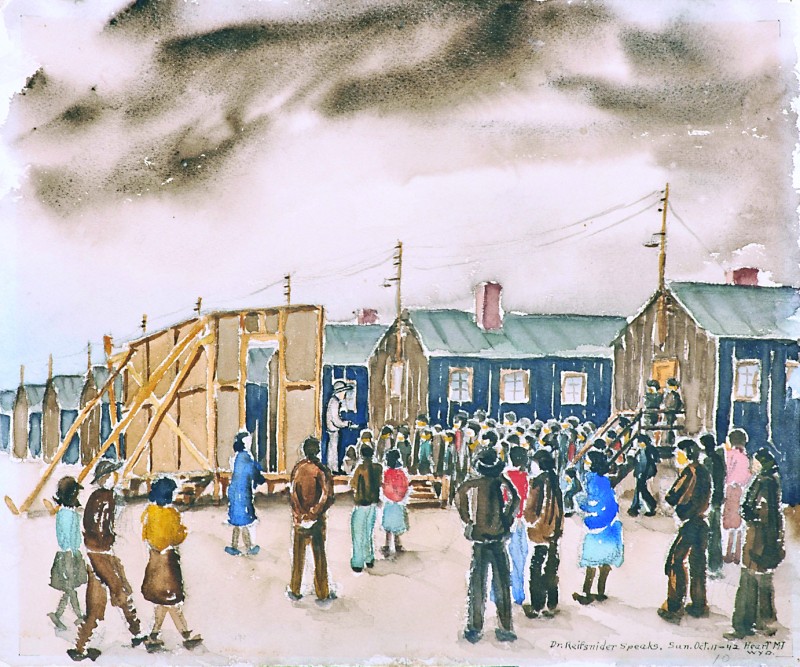 Battle over removing the largest collection of American concentration camp art ends as the consignor and Rago Auction removes sale.

Thanks to more than 7,000 people online, the sale of some 450 photographs and handmade artifacts collected in the 1940s from Japanese American concentration camps were withdrawn on April 15.

The collection’s seller, John Ryan, came forward two days later in a New York Times article, explaining the Ryan family’s efforts in protecting the artifacts for more than 25 years and a chance to cool the outrage directed toward his family.

Before deciding to sell the pieces through Rago Arts and Auction in Labertville, N.J., items such as handmade jewelry, family nameplates, wooden figurines, watercolors and photographs sat in storage. The collection represented a painful period in American history, capturing the enduring spirit of the Japanese and Japanese Americans and a snapshot of the prisonlike conditions they faced during the duration of World War II.

“These are pieces of art created in camps against our will,” former poet laureate of San Francisco Janice Mirikitani said after finding a photograph of her cousin, Jimmy Mirikitani, among the auction’s artifacts. “They are pieces of our soul.”
As the largest private WWII Japanese American incarceration camp art collection to surface, the auction sale caught the attention of Asian American groups across the country and sparked a national outcry.

Ryan admitted in his New York Times feature that he and his family had no idea what kind of reaction they would receive despite being “good stewards of this material and protecting it over the years.”

Crafts expert and historian Allen Hendershott Eaton, author of “Beauty Behind Barbed Wire: The Arts of the Japanese in Our War Relocation Camps in 1952,” assembled the artifacts. Much of the material was given to him by those imprisoned in WRA camps for the purposes of educating the public about the Japanese American experience during WWII.

Now, more than 50 years later, the discussion of what is to come of the collection continues, but for now, the Japanese American community celebrates.

Toshi Abe, vp of membership for the Japanese American Citizens League, visited the collection over the weekend.

“I was overwhelmed by the support that our protest of the auction prompted,” Abe told the Pacific Citizen. “Thanks from the bottom of my heart to the local JACL chapters in New York, Philadelphia and Seabrook and all the other religious and community organizations who gave their support and were ready to hold a demonstration at the auction house.”