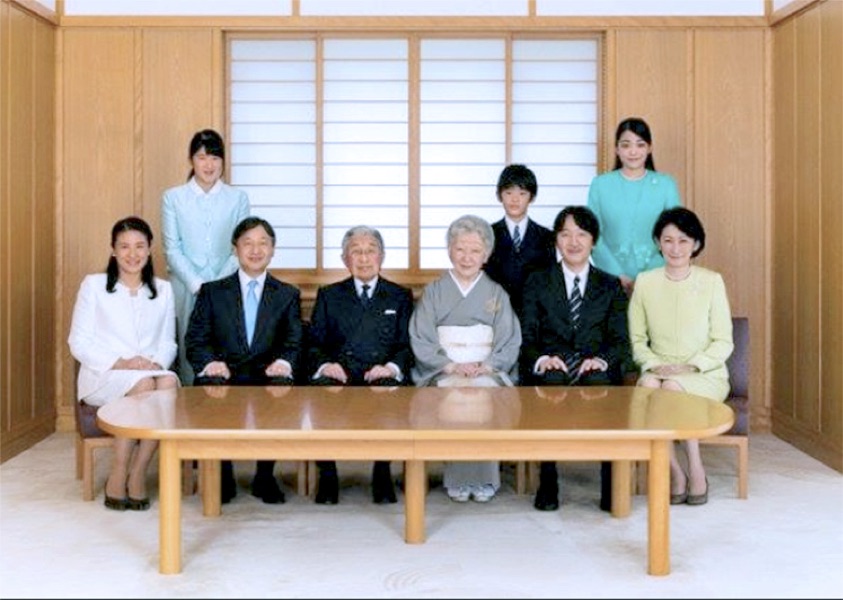 Naruhito becomes the 126th emperor of Japan and vows to continue to pursue peace.

TOKYO — Japan’s Emperor Naruhito greeted the public on May 4 for the first time since his succession, expressing hope for Japan to keep pursuing peace.

Naruhito ascended the Chrysanthemum Throne on May 1, a day after his 85-year-old father, Akihito, abdicated.

From a balcony overlooking the palace ground, Naruhito thanked throngs of well-wishers for congratulating him.

“I am deeply grateful and pleased that I am receiving celebration from you all today,” said Naruhito, wearing a formal suit and standing next to his wife, Empress Masako. “I wish for your health and happiness and sincerely hope that our country pursues world peace hand in hand with other countries and will develop further.”

As he waved from the balcony, where he was accompanied by other members of his royal family, the spectators cheered, took photos and waved Japanese flags. Akihito, who became the emperor emeritus, and his wife, Michiko, were not present to avoid concerns about interference with the serving emperor.

The 59-year-old new emperor is a historian who studied at Oxford. He is the first emperor born after World War II and the first who has studied overseas.

Naruhito at his May 1 succession ceremony, pledged to emulate his father in seeking peace and staying close to the people.

Akihito took the throne in 1989 and devoted his career to making amends for a war fought in his father’s name while bringing the aloof monarchy closer to the people. His era was the first in Japan’s modern history without war.

Emperors under Japan’s postwar constitution are given only a symbolic status without political power.

The nation celebrated the imperial succession prompted by retirement rather than death. Still, there ha been a lack of discussion about maintaining the monarchy’s male-only succession rules and other paternalistic traditions.

Naruhito’s wife, a Harvard-educated former diplomat, is still recovering from stress-induced mental conditions that she developed about 15 years ago after facing pressure to produce a male heir soon after giving birth to their daughter, Aiko, now 17.

Adding to the issue, the family faces a declining royal population because female royals are stripped of their status when they marry commoners.

Naruhito, 59, is the nation’s 126th emperor, according to a palace count that historians say likely included mythical figures until around the 5th century.

Palace watchers say Naruhito might focus on global issues, including disaster prevention, water conservation and climate change, which could appeal to younger Japanese, while also emulating his father’s focus on peace.

During his final address as emperor on April 30, Akihito concluded his duties.

“Today, I am concluding my duties as the emperor,” he said as he stood in front of the throne, as other members of the royal family and top government officials watched. “Since ascending the throne 30 years ago, I have performed my duties as the emperor with a deep sense of trust in and respect for the people, and I consider myself most fortunate to have been able to do so. I sincerely thank the people who accepted and supported me in my role as the symbol of the state.”

As he walked out of the room following his speech, Akihito turned around, paused and bowed to the audience. His reign ran through midnight, when his son, Crown Prince Naruhito, who observed Akihito’s abdication ceremony, became Japan’s new emperor, thus beginning a new era.