ALHAMBRA, Calif. — The Japanese Chamber of Commerce of Southern California held its 2022 installation of officers and awards luncheon on March 27 at Almansor Court. 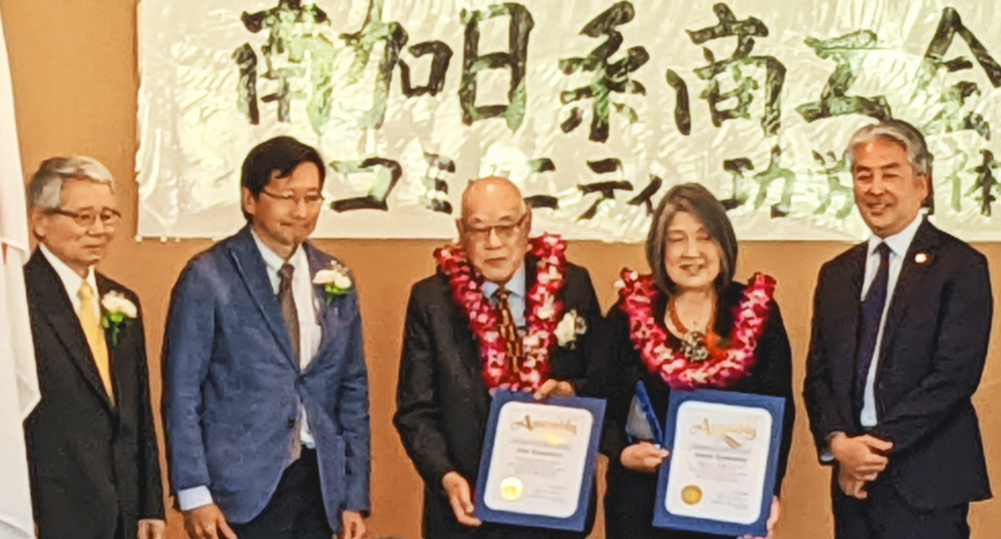 Following the oath of office administered by California Assemblymember Al Muratsuchi (District 66) and JCCSC Secretary Marie Tanaka, congratulatory greetings and words of appreciation were then given by, among others, David Ikegami, president of the Little Tokyo Business Assn., and the Hon. Akira Muto, consul general of Japan in Los Angeles. Awards were then given to Joanne and Alan Kumamoto, who were honored with the Nikkei Spirit Award, and Gardena Valley Japanese Cultural Institute received the Community Organization Recognition Award.