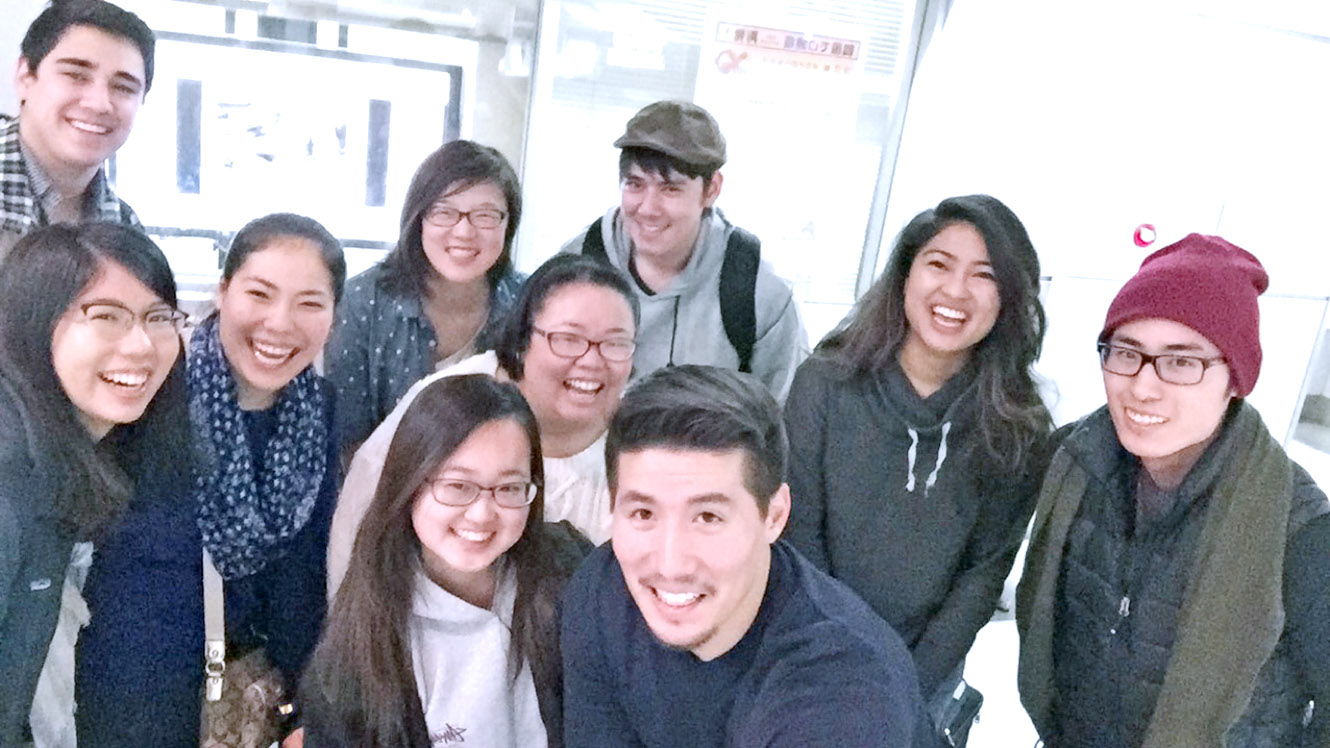 As a fourth-generation Japanese American and second-generation Taiwanese American, I’ve always been interested in Japan, but it often seemed like a faraway land that was more dream than reality. As a homegrown American raised in the Midwest, my public life encompassed what many would see as typical American cultural norms; however, at home, I was accustomed to culturally Japanese mannerisms but still felt as if Japan was out of reach.

In 2013, all that changed. I got the amazing opportunity to study abroad for the whole summer in Okinawa. I connected with my cultural heritage, and this sparked a renewed interest in all things Japan. But my connection to Japan is only a part of my heritage.

Another part is my family’s history in the United States. To learn more about that part, I was fortunate to have the opportunity to intern in 2014 at the Smithsonian National Museum of American History, where I worked closely with artifacts concerning the Japanese American story.

I was able to literally put my hands on “history” and work on what eventually became the Smithsonian exhibit “Righting a Wrong,” which is now on display. In fact, some of my family’s artifacts and photos are featured in this exhibit.

So, it is only natural that I became a JACL member, where I am able to embrace both sides of my identity. What better way to combine the two than to be a participant in the JACL’s Kakehashi Project, which I was able to do in January 2016.

The Kakehashi Project completely exceeded my expectations as my understanding of Japan and my own identity found new depths I could not even fathom prior to the trip. Making wonderful friends from both America and Japan, experiencing a homestay in the countryside and immersing myself in Japanese culture was a life-changing experience.

In addition to continuing to learn and grow within JACL’s supportive environment, I also wanted to join with other JACLers on a mission we can all agree on — to continue to promote and protect civil rights.

One way to show your support for JACL is to attend the 2017 JACL National Convention in Washington, D.C., this July 6-9. There will be an exclusive showing of the Smithsonian’s “Righting a Wrong” exhibit, a private reception at the Japanese Ambassador’s residence and booster activities, including a special docent-led tour of the National Japanese American Memorial to Patriotism. There will also be events specifically for youth and young professionals.

In addition to meeting other youth from around the country, there are a couple of other great reasons to hurry up and register for the convention.

First, the discounted early bird registration deadline is June 4. Second, room rates at the Omni Shoreham Hotel have been cut to an incredibly low rate of $110/night.  This is an exceptionally low price, especially for a four-star hotel that has been ranked by U.S. News as one of the best hotels in Washington, D.C.

I look forward to welcoming and seeing you all in Washington, D.C.! To register, visit https://jacl.org/2017convention/.

Samantha Mori is a third-year student at the University of Virginia, member of the JACL D.C. Chapter, a January 2016 Kakehashi Participant and current staff member of the 2017 JACL Convention Committee