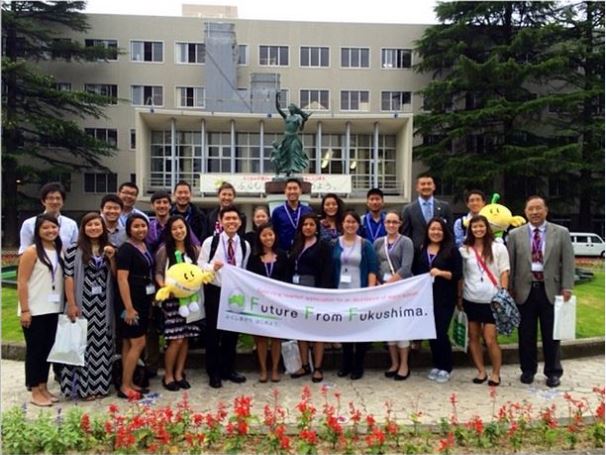 Kakehashi Students Embark on a 10-Day Visit to Japan

WASHINGTON, D.C. — Forty-three Japanese American young adults traveled to Japan on July 15 as part of the Kakehashi Project, a program organized by the Japan Ministry of Foreign Affairs, JACL and the Japan Foundation to cultivate cross-cultural relationships and exchanges between Japan and the U.S.

The 10-day all-expense-paid trip include an initial tour of Tokyo before the group split off into two smaller groups to visit either the Japanese city of Fukushima or Kyoto by way of the Shinkansen (Japanese bullet train).

The Fukushima group began their trip with a visit to Saiei Orimono Company and the Fukushima Prefectural Office. Later, they attended Fukushima University to learn about revitalization efforts following the aftermath of the 3.11 triple disaster. 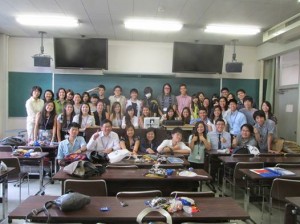 The Kyoto group had an equally busy schedule, starting with a Shodo Workshop at the Japan Foundation and a company visit to Kyocera. Other highlights included a college exchange at Doshisha University, a visit to Fushimi Inari Shrine, a walking tour of Kiyomizu-Ninenzaka and a tea ceremony at Chunko-In Temple. The group wrapped up its Kyoto trip with a tour of the Kinkakuji Temple and Nijo Castle.

At press time, both groups have returned to Tokyo, where they will stay until the end of their trip on July 24.

In Tokyo, the Fukushima and Kyoto groups will visit Toyo University and Meiji Gakuin University, respectively, in addition to touring the Diet Building, Japanese Overseas Migration Museum and the Miraikan National Museum of Emerging Science and Innovation, among other activities.