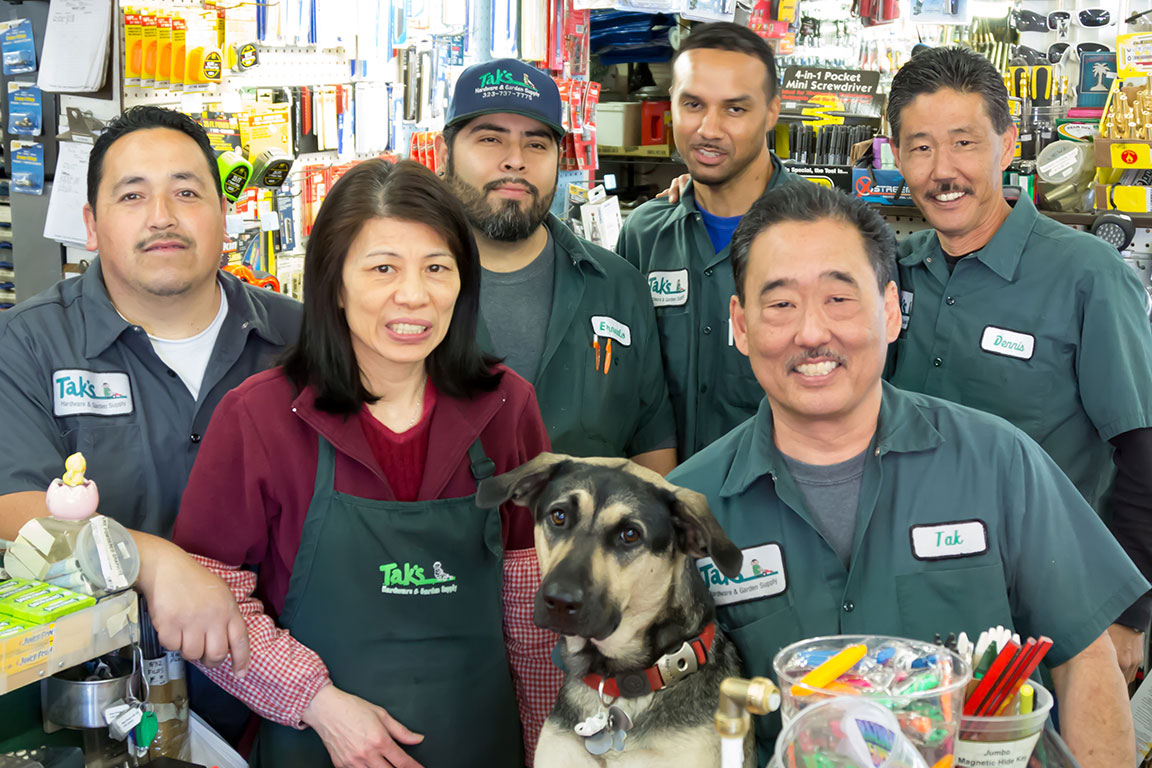 Taks’s: From hashbrowns to hardware, it all stems from memories and traditions of the Holiday Bowl.

This article is a follow-up to the writer’s original “L.A. Life” story that appeared in the May 31-June 13, 2019, issue of the Pacific Citizen. This story further explores Japanese American entrepreneurs who are thriving in the vast multicultural area of South Los Angeles.

If someone says, “I’m going to Tak’s,” most South Los Angeles natives will likely ask something along the lines of, “The restaurant or the hardware store?” That’s because in less than a mile and a half in the Crenshaw District of Los Angeles, you can find Tak’s Coffee Shop and Tak’s Hardware and Garden Supply, both named after entrepreneur Tak Kikuchi.

It all perhaps began with Tak’s mother, Mary Shizuru, who was a longtime waitress at the infamous Holiday Bowl in the Crenshaw area for decades. 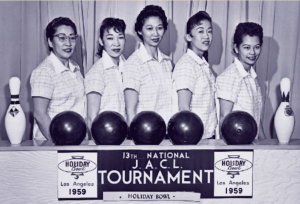 13th National JACL Bowling Tournament at the Holiday Bowl in 1959.

The Holiday Bowl was a unique Crenshaw staple in South Los Angeles that first opened in 1958. The bowling alley was founded by Harley Kusumoto, Hanko Okuda, Harry Oshiro and Paul Uyemura, with shares purchased by other local Japanese Americans.

The area was becoming a cultural haven post-World War II for Japanese Americans, and its popularity rivaled Downtown Los Angeles’ Little Tokyo. So, with the growing appeal for the area and the distinct Googie (a type of futurist architecture influenced by the Space Age, the Atomic Age, car culture and jets) design of the building, the bowling alley quickly became very popular with the community at large.

After its opening, it also became home to many bowling leagues and tournaments, including the National JACL Bowling Tournament in 1959.

Mentioned in Scott Kurashige’s book “The Shifting Grounds of Race, Black and Japanese Americans in the Making of Multiethnic Los Angeles,” the Holiday Bowl was described as more than just a regular hangout — it represented “a true cross section of the community through teams composed of gardeners, florists, farmers, Buddhists, 442nd veterans and housewives, among others.”

But what started as a place for Japanese Americans to resettle and regain normalcy ended up as an integrated melting pot. 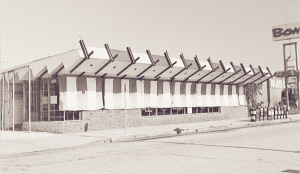 Patrons at the Holiday Bowl not only bowled but also could enjoy a game of pool, eat delicious sushi and have a drink at the Sakiba (a play on the words ‘Sake Bar’) Lounge or, of course, dine in at Holiday’s popular café called “The Picnic Room,” where Shizuru worked.

But what made the Holiday Bowl particularly special was the unique multicultural menu in the Picnic Room that drew in a mostly African-American and Japanese American crowd.

Bowling and eating side-by-side allowed for the creation of lifelong friendships despite the challenges and changes of the times.

The Watts Riots in 1965 and the L.A. Riots in 1994 did little to disrupt the family atmosphere of the bowl — it seemed to be a bubble encapsulating all that was right in the world.

According to a New York Times article, customers physically guarded the building from looters and vandals during the ’94 riots. But sadly, despite its treasured status in the community, the land on which it was built was sold in the late 1990s.

The Holiday Bowl was forced to close its doors for good, a real tragedy for locals who fought very hard for it to stay.

As it was closing, Shizuru decided to invest in her own restaurant with her son, Tak, as its namesake — thus, Tak’s Coffee Shop was born.

It quickly became a newly loved breakfast location for many of the displaced loyal customers of the Holiday Bowl, and it would also soon become the new home to a few former Holiday Bowl waitresses and cooks needing work.

In addition, Shizuru realized that starting up a coffee shop with a similar multicultural menu as the bowling alley’s, including favorites such as chashu and eggs, grits, fried rice and loco moco, would be welcomed and necessary. 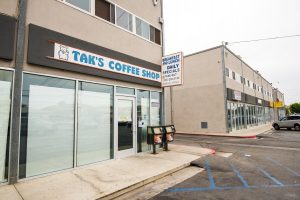 With that same family feel, Tak’s soon became a new and simultaneously nostalgic fixture in Crenshaw. Documented in Tadashi Nakamura’s 2008 short film “Breakfast at Tak’s,” which can be found on YouTube, Shizuru spoke about her love for her customers and her job serving them. Her warm personality and dedicated work ethic is something she definitely passed on to her son, who runs Tak’s Hardware today.

Speaking to Tak Kikuchi about the beginnings of the coffee shop and the hardware store was like catching up with an old friend. The very humble and easygoing Kikuchi illustrated the changes to the Crenshaw District and the area’s gardening and landscaping industry over the years.

What used to be a Japanese American-dominated field was only a handful in number when Kikuchi opened Tak’s Hardware and Garden Supply in the 1990s.

“There weren’t any offspring coming from that generation of gardeners that were taking over the family business,” he said.

Most Japanese Americans were encouraged by their parents to pursue higher education and professional white-collar careers. So by that time, Kikuchi explained, Latinos were taking over most of the gardening jobs, filling the vacancies left behind by JAs.

During the overlap, Kikuchi said there was a definite sharing of knowledge and technique.

Many L.A.-area gardeners today were influenced by the distinct Japanese American gardening style you can still see at a number of homes today, complete with sago palms and shrubbery still pruned in their original bonsai-style shape.

Tak and his brother, Dennis, currently operate their hardware store, serving a diverse and beloved clientele in South Los Angeles.

Kikuch mentioned that his daughter and her young family just recently bought a new home in the neighborhood — is this perhaps a start to a new wave of Japanese Americans returning to Crenshaw? Only time will tell.

Gentrification and commercialization of the area are bringing in many new faces and businesses to the area — something longtime residents are grappling with at the present moment.

As for the Holiday Bowl, though it’s gone now, it still, in some ways, lives on through the building’s façade, which now houses a Starbucks Coffee. In addition, the famous “bowl” neon sign is currently owned by MONA, the Museum of Neon Art, located in Glendale, Calif.

Unfortunately, with Mary Shizuru’s passing in 2017, a bit of that Holiday Bowl magic left with her, but Tak’s Coffee Shop is still running thanks to its new owners, the Bravo family.

Angie and Florentino Bravo and their kids began as cooks, waitresses and dishwashers before taking ownership. They decided to keep the name of the coffee shop, the popular multiethnic dishes on the menu and all of the maneki-neko good luck cat figurines that decorate the shelves.

But while keeping some of the old, there are some new exciting additions the Bravo kids hope to incorporate to the menu, as well as their hopes for expanding the business to create a chain of Tak’s restaurants.