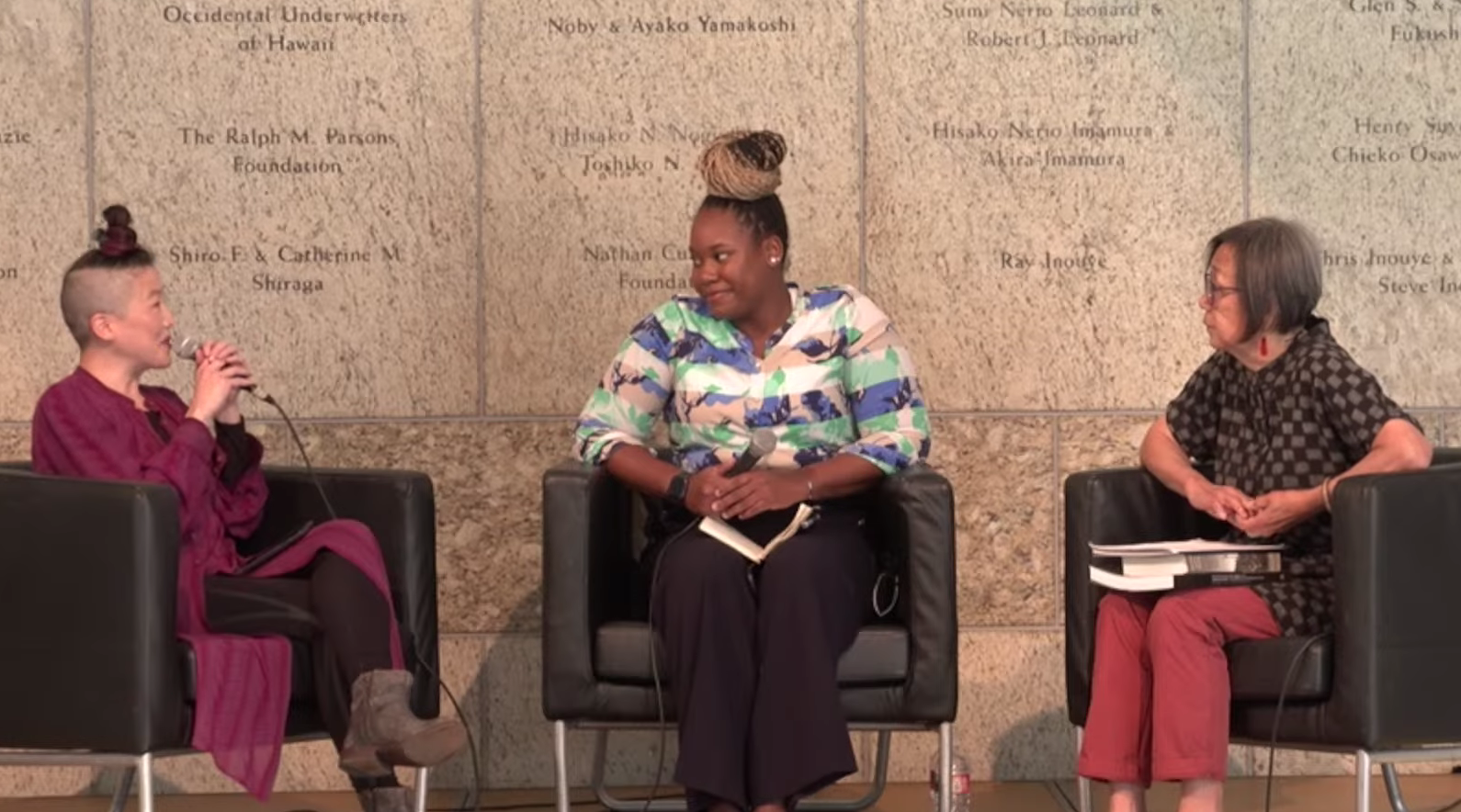 Event marking the 80th anniversary of Executive Order 9066 puts the commission process in the spotlight.

The 2022 Day of Remembrance in Los Angeles’ Little Tokyo arrived on Feb. 19 amidst a convergence of the past, present and future that was simultaneously auspicious, hopeful and troubling.

Despite a marked slowdown in the city and county’s Covid-19 infection rate that would, by Feb. 25, relax mandatory indoor masking rules for the fully vaccinated, the pandemic nevertheless relegated what is typically an in-person event that draws hundreds to a mostly virtual event that took place in the main hall of the Japanese American National Museum and live-streamed worldwide via YouTube to thousands. 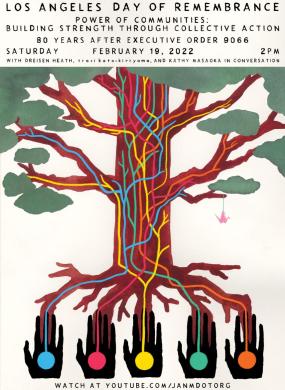 As this DOR was taking place and Russia was preparing to invade Ukraine on the other side of the globe, here it was also Black History Month and the Presidents Day Holiday weekend, with this DOR marking 80 years to the day of President Franklin D. Roosevelt’s Executive Order 9066, 41 years since the launch of the multicity Commission on Wartime Relocation and Internment of Civilians hearings and 33 years, six months and nine days after President Ronald Reagan signed HR 442 on Aug. 10, 1988. News that President Biden would formally nominate attorney Ketanji Brown Jackson to be the first Black woman to serve on the U.S. Supreme Court was still days away.

The intersections of the 80th anniversary of EO 9066, the subsequent success of the Japanese American Redress Movement and Black History Month was not lost on the planners and participants of this year’s DOR commemoration, the theme for which was “Power of Communities, Building Strength Through Collective Action.”

It was, rather, an inspiration to advance HR 40, which seeks to form a federal commission similar to the CWRIC, which was foundational to the success of redress, but focused on the feasibility of reparations for African American descendants of slavery.

In a statement released before the event, JANM board of trustees Chair Norman Mineta said, “On the 80th anniversary of Executive Order 9066, we ask everyone to join us in advancing social justice and equity. JANM was established to preserve the stories of Japanese Americans. We share these stories today to uphold the American ideals of equality, justice and liberty. We understand what happened in their absence and will never let it happen again.

“So, while we honor the generations before us, we educate the generations after us,” Mineta continued. “Together, we highlight past lessons to understand the plight of communities experiencing the same injustices we faced 80 years ago.” 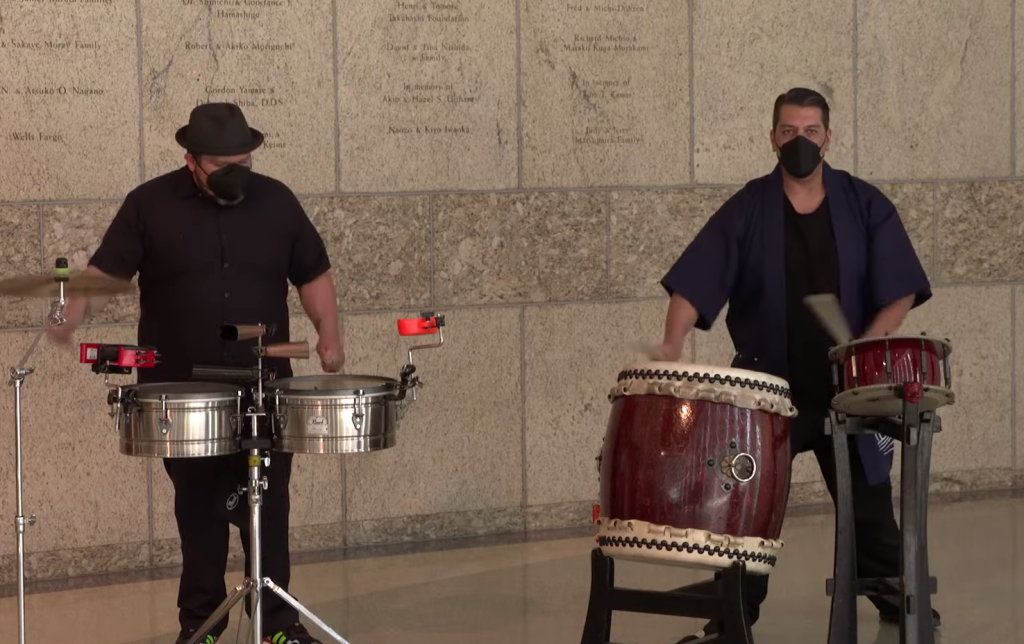 “Many, many people have contributed to today that have helped with the planning, and I’d very specifically like to thank our partners in this — Go for Broke National Education Center, the Japanese American Citizens League, the Pacific Southwest District, Japanese American Progressive Asian Network for Action and Visual Communications,” Burroughs said.

Burroughs then introduced Vivian Matsushige of the 2022 Day of Remembrance organizing committee. 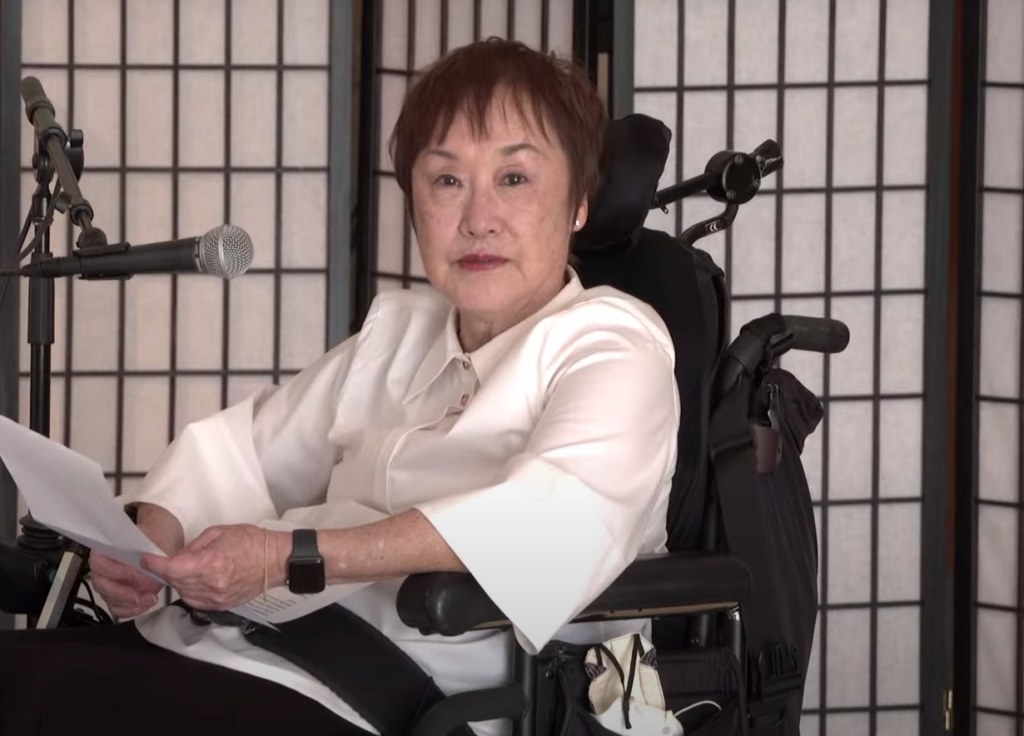 “This is a historic year as exactly 80 years ago today, on Feb. 19, 1942, President Franklin D. Roosevelt signed Executive Order 9066. This authorized the military to remove and incarcerate persons of Japanese ancestry into concentration camps during World War II,” Matsushige said. “We see this as a pivotal moment when our community’s constitutional rights were clearly violated and forced us to commit to a collective struggle toward justice. This year’s theme, ‘Power of Communities: Building Strength Through Collective Action,’ honors this fight over the last 80 years since the signing of EO 9066.”

Hernandez and Ortiz returned to accompany a prerecorded video “roll call” of the 10 WRA Centers, Department of Justice camps and citizen isolation centers where Japanese American citizens and Japanese nationals then ineligible to become naturalized citizens were held without due process. The video then segued to an ‘In Memoriam’ tribute to Japanese American and Asian American community members and allies who died since the last DOR.

Richard Katsuda of Nikkei for Civil Rights & Redress then introduced the next speaker, Emiko Kranz, as a member of the Go for Broke National Education Center’s board of directors and UCLA student who is in her final year of concurrent master’s degrees in Asian American Studies and Community Health Services.

Referencing the experiences of mainland Japanese Americans during WWII, Kranz said, “Though my understanding of this history began through my grandparents’ stories, it expands through my Asian American Studies courses. While ethnic studies courses are now widely available, this was not the case until 1968 when a multiethnic coalition, the Third World Liberation Front, pushed forward the longest student strike in U.S. history, a five-month battle for self-determination through community-centered education.

“Asian American activism with the TWLF and beyond was greatly inspired by the African American movement and Black leadership, which brought forward systemic racism as a common antagonist for all seeking liberation. Alongside students collecting under pan-Asian identity, as well as African American, Chicano, Latino and Native American students, Japanese American activists helped push back on administrators’ attempts to stifle the movement and successfully negotiate for the creation of the S.F. State School of Ethnic Studies, the beginning of ethnic studies installment on campuses nationwide.”

As foreshadowed by Katsuda, following Kranz’ remarks were curated clips from the CWRIC hearings. Next on the microphone was Miyako Noguchi, filling in for the absence of Jan Tokumaru.

“As we heard today, a crucial piece in the fight for reparations for the Japanese American community was being able to tell our own narratives and testify about the firsthand impact of the camps on ourselves and our families, friends and loved ones,” Noguchi said before introducing the event’s main feature, a panel discussion among Traci Kato-Kiriyama of Vigilant Love, Kathy Masaoka of NCRR and Dreisen Heath, a researcher and advocate in Human Rights Watch’s United States Program.

Heath noted that the late Rep. John Conyers first introduced HR 40 in 1989 after the passage of the Civil Liberties Act of 1988 and that versions of the proposal to form a governmental commission to study African American reparations have successively been introduced into Congress for more than three decades.

“We’ve hit almost an apex, right, where we only have an opportunity to either go over the mountain or come back down. And, you know, the optimism of the collective building that we’ve all done over these last few years feels like we’re going over that hump,” Heath said, pointing out that “we have 217 votes, folks, and you know what that means? This bill can pass in the House. But political will, right? The political context always matters for this advancement.”

Although the CWRIC testimony by Japanese Americans that began in 1981 proved to be a powerful turning point for the eventual viability of redress, it wasn’t initially welcomed.

“In fact, we didn’t want it at first,” said Masaoka. “You know, if you think of it as kind of amusing, they offered this Commission, and we said, ‘No, this is just going to delay reparations. We want reparations now. We want individual payments now.’ But we realized the importance of the Commission.”

Kato-Kiriyama, meantime, remembered how powerfully she was affected upon viewing a looped recording of CWRIC testimony.

“I was really struck because I saw people who look like my aunties and uncles, right? They could be my parents, it could be my grandparents,” Kato-Kiriyama said. “They were angry and emotional and articulate and eloquent. And speaking in public. It was mind-blowing. And I just felt like it fought against so many tropes of our community being just totally submissive and quiet and not standing up.”

Dreisen added that “the power of testimony” can change the trajectory for African American reparations and getting to that point is “at the heart of what we’re doing here.” Kato-Kiriyama noted, however, that the current iteration of HR 40 expires on Dec. 31. 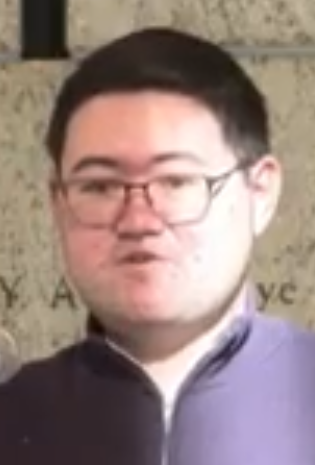 JACL’s Matthew Weisbly spoke about the importance of the Japanese American community to help others and aid other communities in their fight for justice and equality.

“Of the many allies who joined our fight, the African American community was one of the earliest to lend their support, knowing that their own community’s history of enslavement, Jim Crow, segregation and years of unending inequality was just another example of democracy failing communities of color, but also knowing that the Japanese American fight for redress can serve as a powerful example in the fight for African American redress.

“And now, over 30 years later, after our fight was won, the African American community still looks for the chance to begin theirs,” Weisbly continued. “As Dreisen mentioned, HR 40, the Commission to Study and Develop Reparation Proposals for African Americans Act, has been introduced in nearly every congressional session since Rep. John Conyers first introduced the bill in 1989.

“Last year, HR 40 for the first time passed through committee to the House floor for final markup and vote. The Japanese American campaign for redress from the CWRIC, the Civil Liberties Act lasted less than 10 years. While the African American campaign for redress from the first time HR 40 was introduced has now lasted over three times longer. It has long been time for action.

“But now more than ever, we as Japanese Americans need to do our part,” Weisbly concluded. “As you heard from our speakers, it is now time to strike and use our community’s history to help others and help another community whose campaign for justice is long overdue and who stood up to support us in our fight.”

(Editor’s Note: The recording of the Los Angeles 2022 DOR can be viewed at tinyurl.com/ayjjvnf9.)