Letters to the Editor

I recently read in the Pacific Citizen (March 6-19, 2020, issue) that John Tateishi has published a book purporting to tell the “inside story” of the success of redress. But Mr. Tateishi is in no position to tell that story.

Why? Because in early 1985, he was relieved of his duties as the JACL redress staffer. When he departed, redress was left for dead in both the House and Senate, while the Reagan administration all along had taken a firm stand against the legislation.

HR 442 began to move only after a nontax-deductible entity called the Legislative Education Committee was given responsibility for moving the bill.

The LEC, as it was called, was headed by the indomitable JACLer Grayce Uyehara of Philadelphia. Now Grayce, if she were still with us, could tell you the “inside story” of how the bill moved toward Aug. 10, 1988. But Mr. Tateishi cannot because he was invisible and long-since absent from the redress effort.

Let me share with you my tribute to Grayce and Hiro Uyehara: 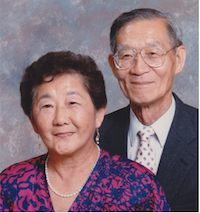 It was a great privilege for me — among the greatest in my life — to have known and worked with Grayce and Hiro Uyehara.

In our time together, I would sometimes say, “Hiro, to me you are a hero.” And Grayce would say, “Oh, Grant, you are so clever with words. A real wit. Hiro, you say, is a hero.”

But the fact was — and the fact is — that Hiro and Grayce were heroes to me.

Hiro Uyehara was a precise, learned man having mastered some of the most difficult and obscure Kanji characters in the Japanese written language. And as we all know, he had the smile of a complete gentleman and scholar.

As husband and wife, Hiro and Grayce were at least 50 years ahead of their time. Grayce was a national Japanese American leader, and as she traveled the country, Hiro was often with her, playing a gracious, supporting role. Both were only a generation removed from the cultural norms of traditional Japan.

Remarkable, really, because as they worked together, no one sensed any kind of role reversal — all seemed perfectly ordinary.

She was, in fact, the moral and political epicenter of Japanese American redress. Wherever she was — Boise, Los Angeles or Washington, D.C. — that’s where redress was.

Grayce was a charismatic leader – always upbeat, even cheerful — but she spoke in plain words. Thanks to Grayce in Washington’s JACL office, all the redress trains ran on time.

There absolutely would have been no redress without her and the trust that our community had in her. All of us knew that Grayce was totally issho-kenmei — Japanese for “all in, full throttle and nonstop.”

Here are two stories about Grayce.

It was the summer of 1985, and I was a month late producing a 700-word strategy paper for the LEC, the lobbying arm of JACL. Grayce called me in New York, and said, “Why not come down to Philadelphia for a day? Maybe a change of scenery will help.”

The Uyeharas picked me up at the train station about 3 o’clock in the afternoon. When we got to their house around 4, Grayce showed me the guest room, which had a desk, a typewriter and some paper. Before she shut the door, she said, “If you expect to have dinner, don’t come out until you’re finished.” I emerged at 7:30 and had a nice dinner.

As for Grayce, our moral leader. We needed one because what we had was not just the politics of exclusion and imprisonment, but an innocent people against an immoral government. I think Grayce’s sense of the moral — how we should live — drew much from her Japanese heritage.

In 1985, at the JACL National Convention in Chicago, I was 43 years old, and I felt that I had no more to learn about how to live life. I was wrong.

The Sansei man who lost was utterly humiliated. He, Grayce and I were standing by a hotel elevator after the votes were counted. The Sansei said he was not going to the Sayonara closing event but instead was going to his room and staying there.

Grayce said: “Yes, go up to your room. Then shower, shave, put on a suit and tie and come back down here. You’re going to the dinner. I will sit with you. And then you will stay for the dance.”

The Sansei came back down, and we went to the dinner. Two hours later, he was dancing and laughing like everybody else in the ballroom.

Grayce taught both of us middle-aged men how to live when you are defeated. I learned from her in Chicago, but I have yet to live up to the standards that ordered her life.

We must remember and honor the memory of Grayce Uyehara: The first great female leader of the Japanese American community.

And her legacy should not be taken from her.