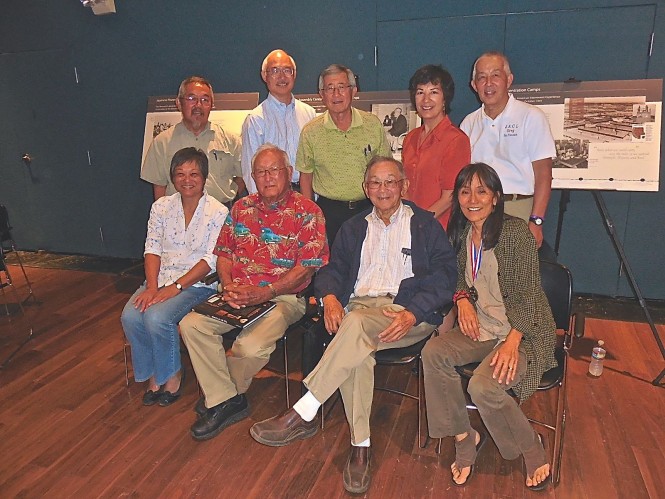 The setting for the recent teacher-training workshop selected by the Livingston-Merced Chapter of the JACL was an ideal one: the Multicultural Arts Center in Merced, Calif., as it accommodated not only the teachers who registered for the workshop but also the many guests who attended, including many from the chapter’s Speaker’s Bureau, student teachers and volunteers.

Through the personal efforts of Richard Sandoval, who reached out to his colleagues in the Merced Unified High School District as well as other middle and high schools with whom he had contacts, more than 40 teachers registered for the workshop.

Central California’s Bob Taniguchi, a current member of the JACL’s National Education Committee, made contacts with a number of individuals, who eagerly agreed to be a part of the workshop, including Sherman Kishi and Tom Nakashima, both of whom were panelists at the workshop, where they had the opportunity to share their personal experiences and those of their families that settled in the area, the disruption in their lives with the forced removal from their homes as a result of the signing of Executive Order 9066 and their eventual return back home to the area following the end of World War II.

During the workshop’s lunch break, a number of other Nisei who were in relocation camps such as Amache, Heart Mountain and Tule Lake were asked to sit at the tables among the teachers to make themselves available to share their experiences and provide the teachers with a more personal description of life before, during and after the war.

Another workshop highlight included a presentation by Paul Lo, the first Hmong to become a judge in the United States. Lo’s personal story of immigration from a refugee camp in Southeast Asia, where he and his family spent four years, to his family’s eventual arrival in the United States, where they struggled to survive in a country whose customs and language were “foreign” to them, mirrored those feelings and experiences felt by the Issei who arrived in California seeking an opportunity for a better life.

Kiyono Kishi, who chairs the Speaker’s Bureau for the Livingston-Merced Chapter, had many teachers attend the workshop, where they learned more about the historical background of the Japanese American experience.

Teachers representing elementary schools were presented with special “Farewell to Manzanar” teaching kits and included an autographed copy of the book by author Jeannie Wakatsugi Houston, along with a video of the film and lesson plans, while other “prizes” were presented to various teachers, both middle and high school, who earned special recognition during the workshop.

This workshop was funded in part by a grant from the Department of the Interior, National Park Service and the Japanese American Confinement Sites Grant Program.