The San Fernando Valley man answers to the federal charge against him regarding vandalism to Sake House by Hikari.

LOS ANGELES — A West Hills man who started a fire that caused substantial damage to a Santa Monica restaurant during the civil disturbances that erupted during the spring of 2020 pleaded guilty Sept. 2 to a federal criminal charge.

Micah Tillmon, 20, pleaded guilty to one count of possession of an unregistered destructive device.

According to his plea agreement, on May 31, 2020, Tillmon entered Sake House by Hikari, a Japanese restaurant located in downtown Santa Monica, without authorization and while the business was closed because of the civil unrest occurring in the city at that time. 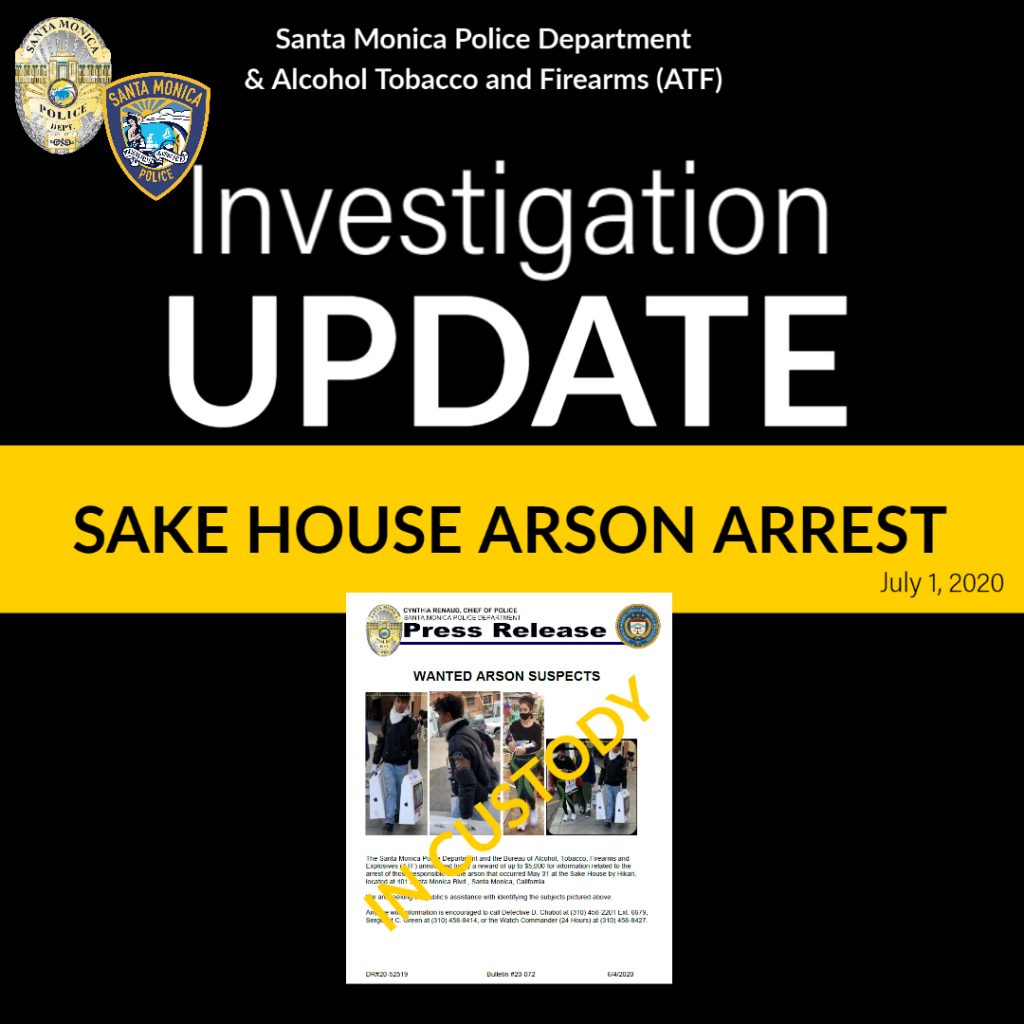 Sake House by Hikari was completely destroyed by arson fire during days of civil unrest and looting in 2020. The suspect has since been arrested and sentenced for the crime. (Image: Facebook)

While inside the restaurant, Tillmon possessed and used an incendiary device to ignite a fire that rapidly grew, enveloped the entire restaurant space and spread to other areas of the building adjacent to the restaurant.

According to the affidavit in support of the criminal complaint previously filed in this case, security video from the restaurant shows Tillmon removing “a red tube-shaped object from his jacket, which he placed behind the reception desk area of the restaurant before walking away. Within seconds of that action, smoke and fire appeared from the area. … ”

The Santa Monica Fire Department responded to the fire and extinguished the flames using several fire trucks and numerous personnel. Due to safety concerns that accompanied the city’s civil unrest, SMFD prematurely abandoned the scene. As a result, SMFD needed to return to the scene several times throughout the night to extinguish additional flare-ups. The restaurant has since permanently closed.

Tillmon was identified by detectives with the Santa Monica Police Department, who reviewed numerous security videos and social media posts. Tillmon was also linked to the fire when investigators uncovered a video showing his white Ford Explorer parking next to the Sake House four minutes before the fire started and then reversing across the street soon after the fire started, according to court documents.