The virtual event ties together national events that have occurred within the pandemic as well as a dialogue sparking hope moving forward.

The Manzanar Committee’s DOR program took place Feb. 13 and was a virtual affair. (It can be viewed at: youtube.com/watch?v=AHozc4QX2qk.) 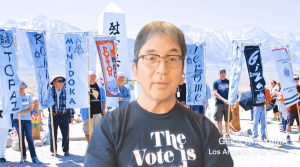 Alluding to the origin of the modern DOR programs, Kitayama said, “Seventy-nine years ago, one of the worst violations of civil rights in the United States happened when President Franklin D. Roosevelt signed Executive Order 9066, authorizing the military to forcibly place Japanese Americans from the West Coast into concentration camps without any formal charges or trial.”

Kitayama reviewed what happened in the year since the last DOR program in Los Angeles (see Pacific Citizen, Feb. 21, 2020) and tied them together with a litany of other disturbing incidents that happened during the pandemic-caused lockdown: the increase in incidents of anti-Asian violence, the Black Lives Matter protests that arose after the deaths of people like George Floyd while under arrest by the police, the detention of illegal immigrant families and children by the government and the Jan. 6, 2021, insurrection at the U.S. Capitol.

Kitayama said the Jan. 6 event “exposed to many the serious threat of white supremacy and domestic terrorism in the United States” that was the “logical conclusion to a presidency that embraced white nationalism and the darker nature of a society that seeks to divide us.” 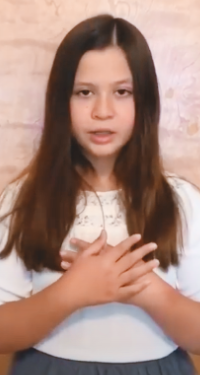 Next came a prerecorded roll call of the 10 WRA Centers and other incarceration camps operated by the federal government that held Japanese Americans during WWII, followed by Manzanar Committee member Jason Fujii, who introduced poet Perrin Tanimoto, who recited her poem, “We Are Americans.”

Alan Kondo of Nikkei Progressives then introduced featured speaker Mario Perez of the Inland Coalition for Immigrant Justice. Perez, who was born in Mexico City and came to the U.S. with his parents to the U.S. illegally at age 5, relayed the fear his family lived under and how the seriousness of his situation really hit home for him when he tried to open up a bank account without documentation, like a Social Security number or California ID card.

“I am currently running the Emergency Response Network, which is a hotline that we have available for folks,” Perez said, adding that they want to document every arrest to prevent the violation of “numerous human rights.”

Andie Kimura of the Go for Broke National Education Center introduced a dialogue between Curtiss Takada Rooks, program coordinator of Asian Pacific American Studies and an assistant professor at Loyola Marymount University, and his daughter, Mariko Fujimoto Rooks, a senior at Yale University.

Mariko Rooks pointed to some potential signs of hope in the status quo. “I’m seeing a lot of shifting in people in places that I never expected to, and I think a large part of that was because of the pandemic,” she said, citing how the isolation blocked people from escaping from news coverage of issues like Black Lives Matter, which compelled them to examine the issue on a deeper, more personal level.

Curtiss Rooks expanded on that, tying the success of the redress movement to a congressional entity that has not received the credit it was due, namely the Black Congressional Caucus, and Rep. Ron Dellums’ “impassioned and passionate” speech in favor of redress.

He also cited the 14th Amendment to the Constitution that granted citizenship to any person born in the U.S.

“Even our ability to have citizenship as Japanese immigrants, migrants, comes on the backs of America dealing with its original sin, right, of enslavement, and so the 14th Amendment allows for birth citizenship to all persons,” Rooks said. “So, without Black folks, the second generation would not be guaranteed citizenship.”

Mariko Rooks noted how her maternal grandfather, a 442nd vet, was able to take advantage of the GI Bill and get an education, which led to a solid, middle-class life. Black GIs, however, were unable to fully take advantage of the same benefit, which had a negative effect on subsequent generations of African Americans.