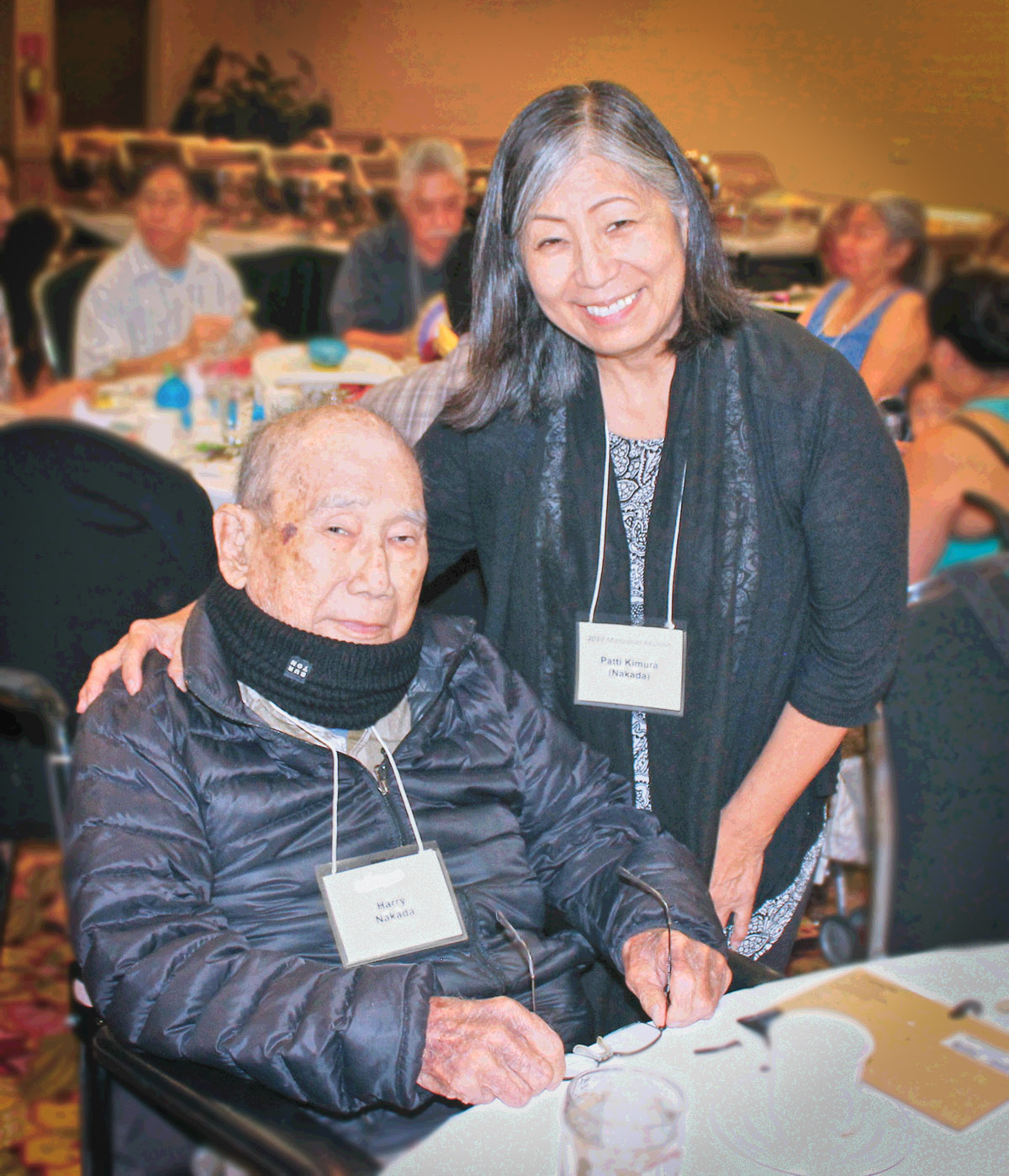 Manzanar Still Matters More Than Ever

Las Vegas welcomes the 72nd Annual Manzanar Reunion, and attendees are once again reminded of the importance of ensuring such human rights violations are never again repeated.

Mirroring the continuing and sad history of racism in the United States that played out in violence on the streets of Charlottesville, Va., last month was yet another reminder of why the 72nd Annual Manzanar Concentration Camp Reunion, held Aug. 14-15 in Las Vegas, Nev., is as important as ever, as are the reunions and pilgrimages held at former World War II American concentration camps across the country. 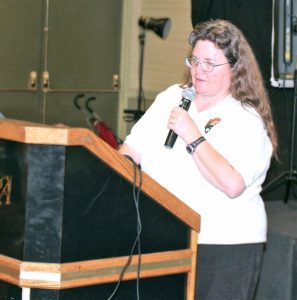 Two hundred and twenty-two former camp incarcerees, family members and friends met at the California Hotel and Casino to remember their own chapter of racism faced by Japanese Americans and those of Japanese ancestry during WWII — and how they endured and overcame it.

The reunion is an opportunity to visit with old friends and share mostly fond memories of a time that — nevertheless — was also an example of one of the most flagrant violations of the civil rights and acts of racial prejudice in the history of the United States: The forced removal of 120,000 American citizens of Japanese descent and those of Japanese ancestry during WWII from 1942-45.

The Manzanar Reunion is increasingly a reminder that, as time moves forward, there are fewer and fewer adult and children incarcerees from that era still alive. Many attending the reunion were born in the camps or were very young when they were sent to the incarceration camps with their families. At best, anyone born during WWII is at least 75 years old.

The numbers are dwindling quickly as former camp incarcerees fall into their 80s and 90s, signaling a time when there will be very few, if any, left with direct experience and knowledge of what life inside the incarceration camps was like. Reunions and pilgrimages allow those attending to impart information to others so that no one forgets and gives a historical record from which future generations can learn and, hopefully, never see repeated.

This year’s gathering brought with it the sad news of the loss of Grace Oda Anderson, the daughter of George and Fujiko (Nomura) Oda. Her parents met at the camp. She was described as a “driving force in planning and delivering the Manzanar Reunions the last six years.” Anderson was only 65 years old when she passed away unexpectedly on Oct. 20. More than 300 people attended her service to celebrate her memory.

The Oda family is still very much involved in the Manzanar Reunion — Marian Oda Murphy serves as vice chair, with other family members such as Dorothy Oda, Marilyn Kishi (Oda) and a host of others related to the Oda family helping her out.

This year’s guest speaker was Dennis Ogawa from the University of Hawaii in Honolulu. Ogawa is a professor in the department of American Studies and author of numerous books on Japanese Americans, most notably “Jan Ken Po: The World of Hawaii’s Japanese Americans” and “Kodomo no Tame ni: For the Sake of the Children,” along with a host of other accomplishments.

In addition, Ogawa was honored as a Distinguished Historian by the Hawaiian Historical Society in 1992 and is currently serving as the general editor for the University of Hawaii Press book series on the Nisei generation. He also is assisting the Japanese American National Museum in Los Angeles on numerous projects.

According to the 1940 U.S. Census, there were 127,000 people of Japanese ancestry living in the United States at that time. There were 112,353 living in the three states in the Continental U.S. on the West Coast. California alone had 93,717 Japanese, or nearly three-fourths of the national total. An estimated 70 percent of those sent to concentration camps were American citizens, half of whom were children. A few fortunate Japanese Americans lived far enough away from the West Coast that they were not forced into the incarceration camps.

Despite the egregious violations of human and civil rights inflicted on them, some 25,600 Japanese Americans from both inside and outside the incarceration camps entered into the United States Armed Forces to fight for their country. And in their minds, the U.S. was never not their country. The last American concentration camp closed in March 1946.

One interesting couple at the reunion was Marie (Saito) and her husband, Earnie Masumoto. They attended in honor of Marie’s father, George Saito, a Nisei soldier who served in the U.S. Army.

Saito enlisted in the Army while he and his family were imprisoned at the Manzanar concentration camp. He met Marie’s mother, Kinuko, while serving as an interpreter in post-war Japan during the occupation, where he served as an interpreter. At the age of 6 months, Marie and her mother moved to Los Angeles. They were later joined by her father, who was born near Little Tokyo and grew up in Little Tokyo and Boyle Heights.

Earnie Masumoto was born in May 1943 in the Topaz Internment Camp in Utah. His parents owned a Japanese souvenir shop in San Francisco’s Chinatown. After the end of WWII, the family moved to East Los Angeles. According to his writings in Densho Encyclopedia, Masumoto graduated from Garfield High School, dropped out of East Los Angeles Community College, got a drafting job at Hughes Aerospace Group in 1965 as a contractor and later contracted at several commercial and military companies until returning to Hughes Electro Optics Company in 1985. Hughes is now a part of the Raytheon Company, where he worked as a principle mechanical engineer.

Manzanar Reunion attendee Bo Sakaguchi was 17 when his family was forced to move from North Hollywood to Manzanar in April 1942.

“We were told we could take one suitcase,” he recalled. “My suitcase was filled with candy and gum. No clothes, just candy and gum. I had a terrible sweet tooth.”

Sakaguchi would graduate from Manzanar High School in 1943. His family moved back to the San Fernando Valley in 1945 after the end of the war.

Another attendee, Harry Nakada, who celebrated his 93rd birthday on Aug. 16, was joined by 18 members of his family — the largest family group attending the reunion.

In April 1942, Nakada was only 16 when he was forced to relocate with his family in West Los Angeles to Manzanar. His parents were Kuizo and Kamako Nakada from Okinawa. The family was given three weeks to gather their possessions and move to Manzanar. After the war ended in 1945, the family moved back to West Los Angeles, where his father owned property.

Harry Nakada helped design and maintain the Japanese Garden, a 6.5-acre public Japanese garden located on the grounds of the Tillman Water Reclamation Plant in the central San Fernando Valley. 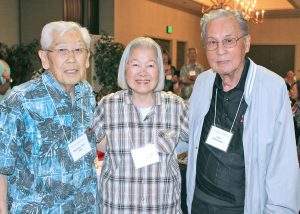 Susumu “Sus” Ioki is 89 years old and lives in Venice, Calif. He lived in Block 14 at Manzanar and was friends with Shizuko Fujioka (Sakahara), who lived in Block 12. He was sent to the camp in 1942 at age 13, and both he and Shizuko graduated with the Manzanar High School Class of 1945. His father owned a wholesale cut flower business near Marina Del Rey, Calif., where he worked for 30 years, before later managing a computer center for a medical company for 13 years.

Ioki and Shizuko Fujioka spent time with Tom Nishimura at the reunion. Nishimura was 10 years old when he was sent to the Heart Mountain concentration camp, where the Hiro Fujioka family was also incarcerated. He knew Yoshiro “Babe” Fujioka, Shizuko’s future husband. “Babe” would meet Shizuko at L.A. Community College, and they would marry.

Reunions allow these types of friendships to flourish and continue decades later.

Shig and Candice Kuwahara met at a dance festival after the war when a mutual friend that was with Shig tapped Candice on the shoulder from behind. She turned around to see who did it, and on seeing Shig — who she did not know — gave him a withering look. When the mutual friend called out to her, “Hey, Candice! It’s me!” she then realized it hadn’t been Shig at all. That tap on the shoulder however turned out to be a lucky day for Shig. The two of them began dating, and they eventually married.

Another interesting twist is that while Shig had been incarcerated in Manzanar, Candice was sent to another camp. As a little girl, she had grown up in the neighborhood where the family of Shiro Fujioka lived prior to the war. She still fondly remembers as a little girl riding on the back of Ted Fujioka, the son of Shiro Fujioka, featured in the May 20, 2016, edition of the Pacific Citizen.

Ted enlisted in the Army after graduating from Heart Mountain High School at the age of 18 in 1943. He would go on to serve with the most-highly decorated military unit in U.S. history, the 442nd Regimental Combat Team. He was only a little more than 19 years of age when he was killed on Nov. 6, 1944, by a German artillery shell while serving in France.

Looking back on the history of racism that resulted in the creation of American concentration camps, readers might well ask why anyone would want to remember such a past, much less come together to celebrate or remember it? The answer is simple: to not ever again repeat it, ever. 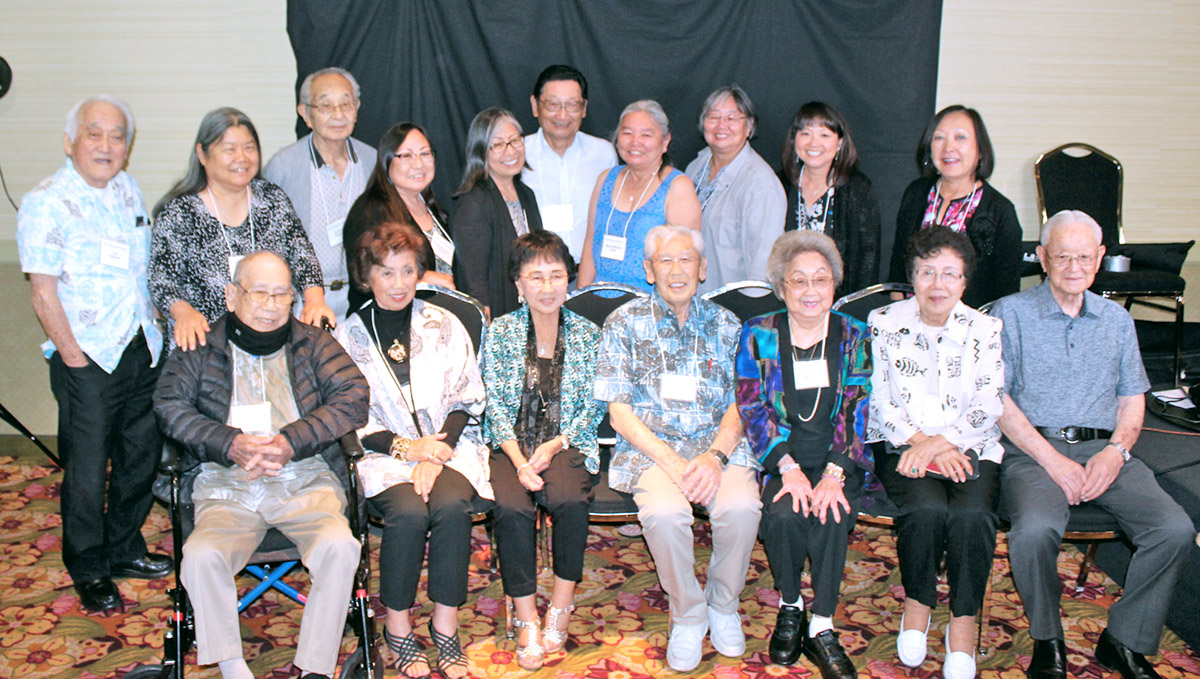 Members of the 72nd Annual Manzanar Reunion Committee gather together for a photo during the weekend’s gathering at the California Hotel and Casino. (Photo: Charles James)