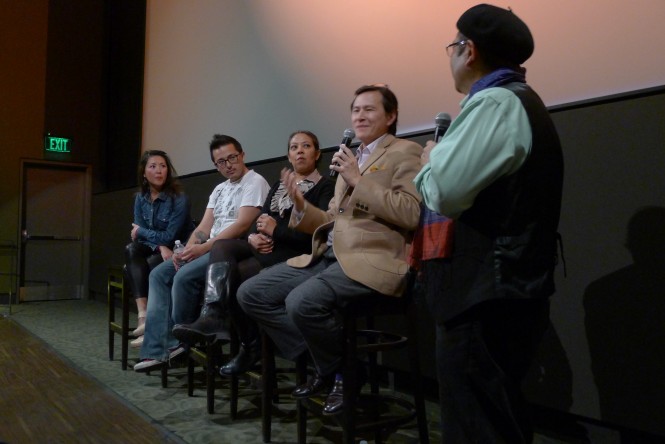 The Mile High chapter of the JACL hosted a screening of the documentary “Hafu” at the Sie Film Center in Denver on April 17, followed by a panel discussion.

“Hafu, produced and directed by Megumi Nishikura and Lara Perez Takagi, follows the lives of five “hafus” — the Japanese term for people who are half-Japanese — as they explore what it means to be multiracial and multicultural in Japan. For some, Japan is the only home they know, for others it is an entirely new experience and then there are those who are caught somewhere in between the two different worlds.

Moderated by board member Gil Asakawa, the panel featured board member Justin Valas, board member Donna Hansen, Sylvia Smith Brown and James Simms. Each of the panelists shared their experience growing up multiracial and multicultural.

One of the panelists even echoed the opinion shared by one of the people featured in the documentary, saying that mixed race people will have a much easier time growing up once they accept the fact that they will never be fully accepted by Japanese society.

The evening was educational for all in attendance. The chapter aims to host additional documentary screenings in the future.