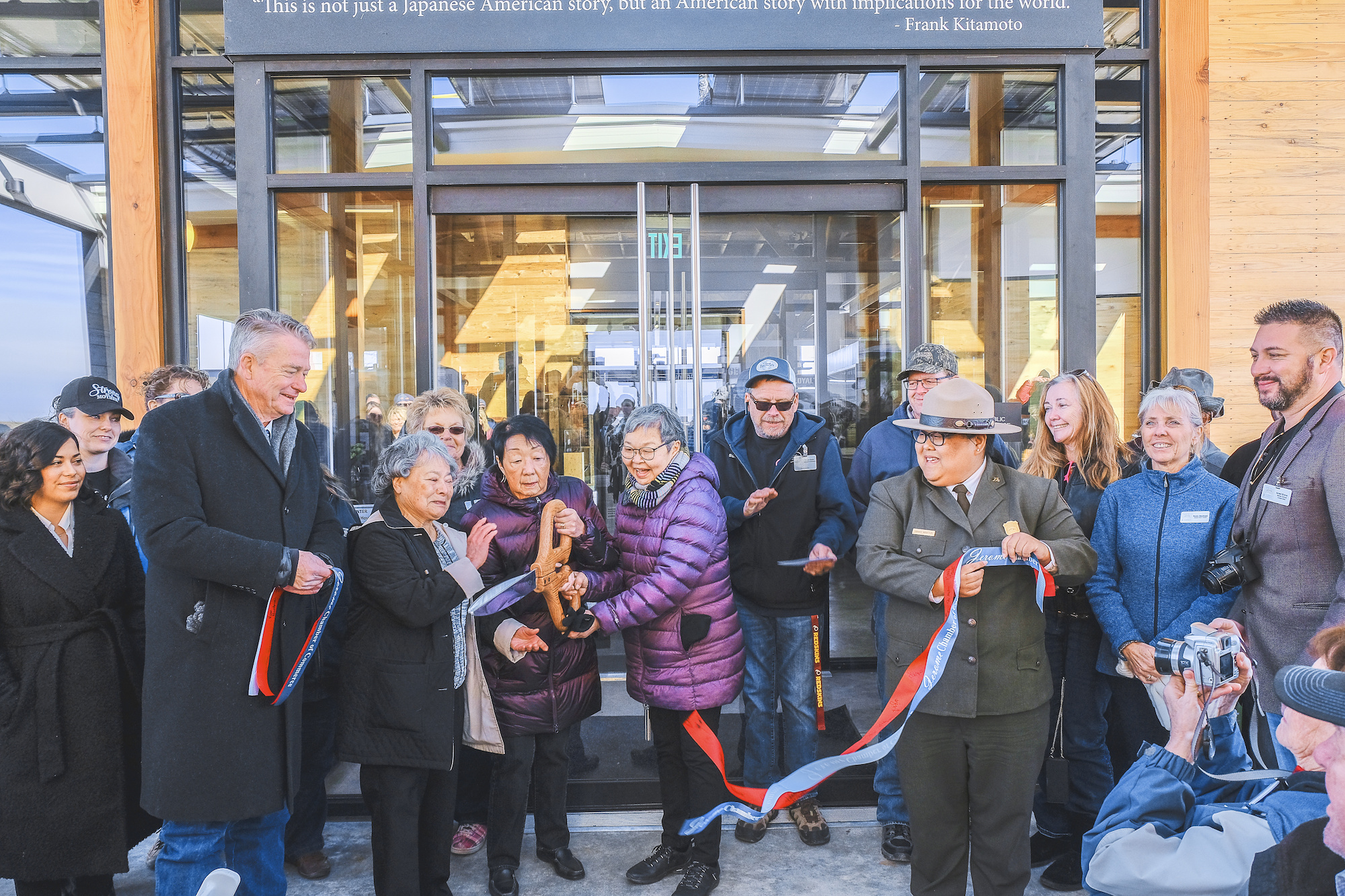 [Note: Following guidance from the CDC and recommendations from state and local public health authorities in consultation with NPS Public Health Service Officers, the Minidoka Visitor Center is temporarily closed due to the coronavirus pandemic. Updates will be posted to the park website and social media channels.

Visitors may continue to enjoy trails and open space areas of the parks. The health and safety of staff and visitors in these facilities is the No. 1 priority. We are working with the NPS Office of Public Health and the U.S. Public Health Service to closely monitor the coronavirus (COVID-19) situation. In the meantime, we continue to remind our visitors to follow the CDC’s guidance to prevent the spread of infectious diseases, including maintaining social distancing, covering your mouth and nose when you cough or sneeze and staying home if you feel sick.]

The Minidoka National Historic Site officially opened its new visitor center on Feb. 22. Minidoka National Historic Site commemorates the wrongful imprisonment of Japanese Americans during World War II — 13,000 of whom were held at the Minidoka War Relocation Center in Jerome, Idaho. Adapted from a historic warehouse on site, the visitor center offers fresh exhibits, a gift shop and a 30-minute park orientation film.

Approximately 150 guests were in attendance at the grand-opening ceremony, including camp survivors, representatives from the JACL, local officials from the Magic Valley and Idaho Gov. Brad Little.

“The National Park Service is pleased to open the doors to the Minidoka National Historic Site Visitor Center, and I wish to thank the many National Park Service employees, Friends of Minidoka, partners, contractors and others who contributed to making this building and exhibits a reality,” said Vagias. “We’re proud of this accomplishment and look forward to sharing it with the visiting public.”

Mia Russell, executive director of the Friends of Minidoka, spoke of the site’s transformation.

“In the seven short years I’ve been involved with Minidoka, I’ve been lucky enough to witness tremendous growth of the Minidoka site, of the presence of the National Park Service and of Friends of Minidoka in our local communities and across the nation, and a renewed interest by the public in this important history that I could have never predicted,” she said.

Gov. Little also gave a speech acknowledging the site’s history, after which camp survivors took part in the ribbon-cutting ceremony to officially mark the opening of the visitor center. While guests explored the warehouse exhibits, Wakatsuki organized another ribbon-cutting — specifically for the bathrooms. 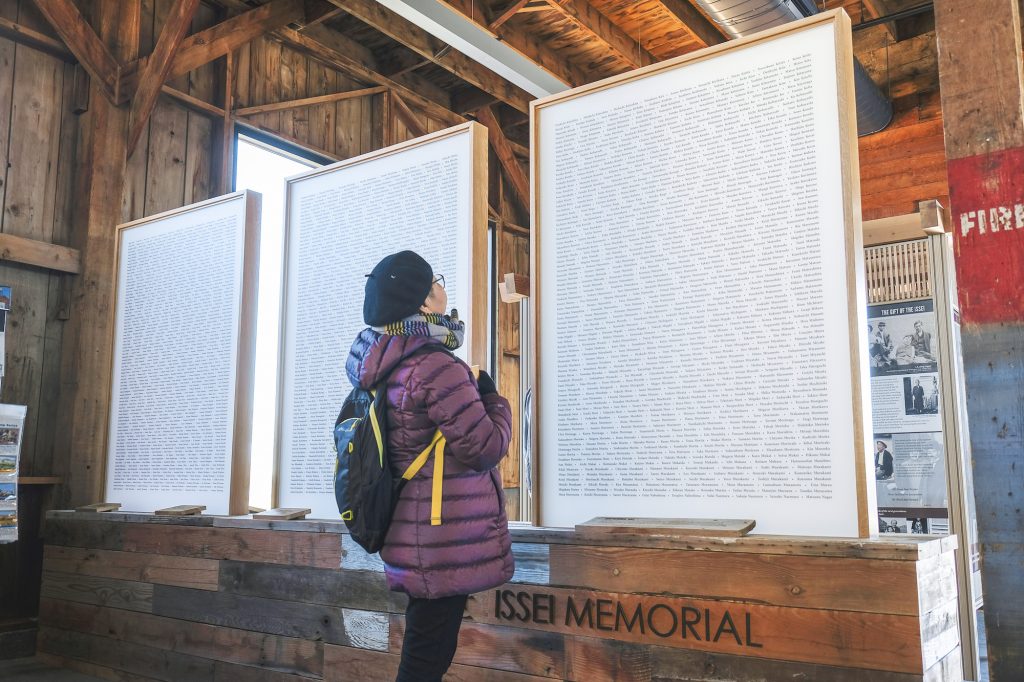 Camp survivor Fujiko Tamura-Gardner was 9 years old when she was removed from her home near Tacoma, Wash., and sent to Minidoka. The camp was not yet complete when Japanese Americans arrived, so incarcerees were forced to use open-pit latrines for the first six months while a sewage treatment plant was installed.

Once lavatory facilities were built, they still afforded no privacy, as there were no partitions between the toilets. Tamura-Gardner doesn’t remember anything about the bathrooms at camp; she believes that the experience was so traumatic, it was blocked from her memory.

Park staff wanted to help create a positive association with the Minidoka bathrooms, so Tamura-Gardner was given the honor of the “inaugural flush.” Her granddaughter, Ranger Kelsea Larsen, was also in attendance.

At 1 p.m., the visitor center opened to the public, hosting another 150 people over the course of the afternoon. Local residents were particularly impressed, having watched its development over the years from the outside. Now, they and all other visitors will be able to learn about this history the way it was meant to be told.

“We need to recognize that this is not only an Idaho story, but a national story that impacts us all,” said Wakatsuki. “Out of the 419 National Park Units, there are six sites that NPS preserves, protects and tells the history of the Japanese American incarceration. This shows the Park Service’s dedication and promise to the public to tell about the injustices that occurred here while preserving these stories and the power of place for future generations.”

Visitors are welcome to walk the 1.6-mile trail on a self-guided tour around the site. Open daily from sunrise to sunset, the trail includes outdoor exhibit panels where visitors can learn about camp life. The trail also leads to a historic barrack and mess hall, the camp’s entrance station and a reconstructed guard tower.