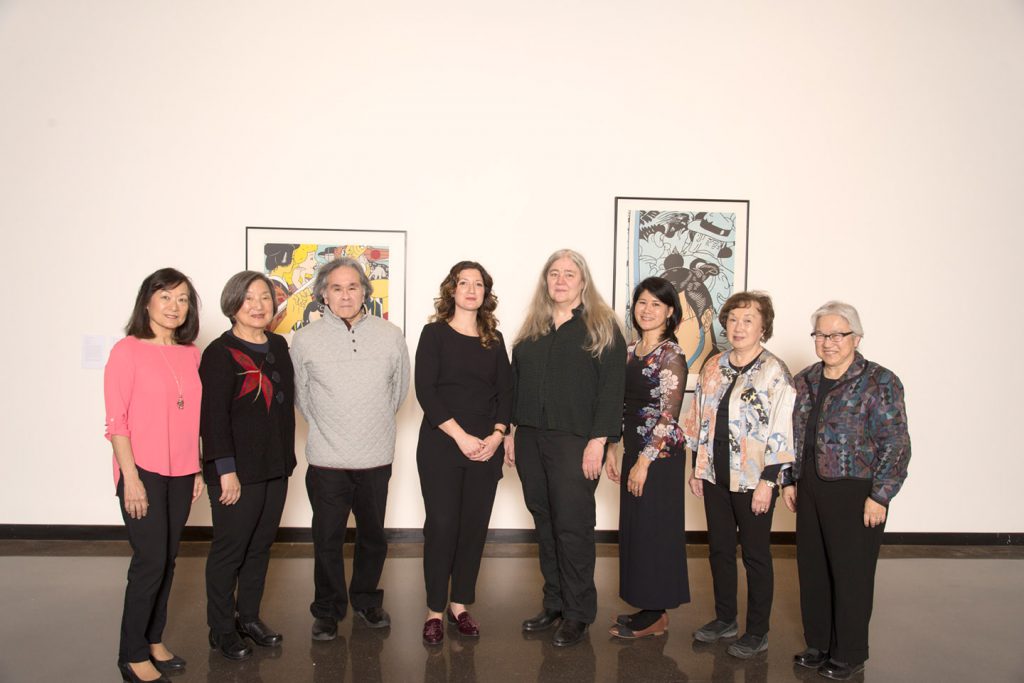 More than 200 faculty, students, incarcerees and community members gathered at Macalester College’s Law Warschaw Gallery in St. Paul, Minn., on Jan. 27 for the opening reception of ”Roger Shimomura: Mistaken Identity.” The exhibition, presented to recognize the 75th anniversary of Executive Order 9066, was sponsored by Macalester College in collaboration with the Twin Cities JACL.

Included were several bodies of work: ”Minidoka on My Mind,” ”Minidoka Snapshots,” ”Yellow No Same” and ”Nisei Trilogy,” all of which draw upon the artist and his family’s experiences while incarcerated in Minidoka during World War II. The exhibition gallery guide also includes an essay by Ruthann Godollei, DeWitt Wallace professor of art and the chair of the art department.

“These recollections offer a glimpse into the humility of the camps and the resilience and commitment of the citizens detained, who embodied and honored their American identity despite the cultural ignorance which characterized, and continues to characterize, Asian Americans and their status within American society,” explained Godollei.

On Feb. 23, Twin Cities JACL members Sally Sudo, Karen Tanaka Lucas, Gordon Nakagawa and Carolyn Nayematsu shared their experiences and thoughts on the Japanese American incarceration and how it relates to the present day.

Gallery director and exhibition curator Jehra Patrick facilitated the program, which was held in the gallery surrounded by a backdrop of works by Roger Shimomura. More than 70 audience members participated in the discussion.