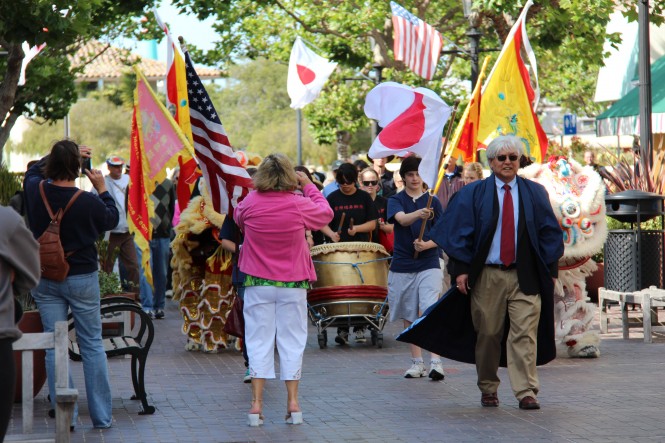 The first-ever Japanese American Heritage Days event was held on May 3 and 4 at Monterey’s Old Fisherman’s Wharf in a celebration of Japanese culture that attracted thousands of attendees. 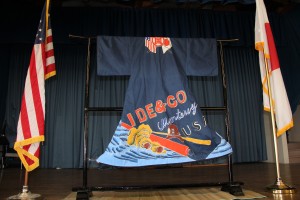 The delegation from Tateyama, Japan, was on hand to formally present this traditional Japanese Maiwai jacket. Photo by Norman Abe 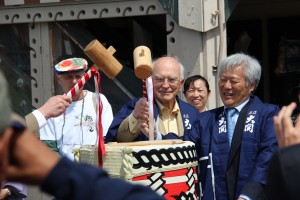 The Japan delegation was on hand to formally present a beautifully hand-crafted and -painted traditional-style Japanese Maiwai jacket. Saturday’s festivities also included a colorful procession featuring dignitaries, lion dancers and musicians that began at the Wharf and continued through downtown Monterey to the JACL Hall in Monterey, where a special reception was held.

“We are so pleased to present this outstanding event with the Japanese American Citizens League to our community and all of the visitors to Monterey,” said Fettis. “We very much look forward to working with them again next year!”

Added former JACL National President Larry Oda, “This was a wonderful event to celebrate and share the rich cultural heritage of the Japanese on the Monterey Peninsula and to remember the important contribution and leadership of the early Japanese immigrants to the development of the fishery in the region.”

Prior to World War II, the Japanese had a dominating presence on Fisherman’s Wharf, as a majority of the businesses were owned or operated by Japanese. At the beginning of WWII, 120,000 people of Japanese heritage who lived on the Pacific coast of the United States were forcibly removed from their homes and livelihoods and incarcerated in internment camps and federal detention facilities for the duration of the war, thus ending the Japanese presence on the wharf. The U.S. government authorized the internment by issuing Executive Order 9066 on Feb. 19, 1942, shortly after Imperial Japan’s attack at Pearl Harbor.

After the war, many Japanese Americans returned to the Monterey Peninsula, encouraged by a welcome-back petition signed by approximately 1,000 local notables, including John Steinbeck and Edward “Doc” Ricketts. These petitions were recently discovered amongst documents housed in the JACL Heritage Museum by Tim Thomas, a local archivist and historian. Faced by the disappearance of the sardines (they run in cycles every 60 years approximately), the returning Japanese Americans ventured into other fisheries, pursued entry-level jobs such as gardening, re-started or opened retail businesses, gained employment with municipal agencies and established a presence in the medical professions.

The Japanese American Citizens League of the Monterey Peninsula was established in 1932 to provide leadership in the community. This organization grew out of a community group that helped the Issei (first-generation) community with the English language and provided immigration, tax and contract information. Today, the JACL building in Monterey is used as an Asian Cultural Center.

For more information, go to www.montereywharf.com.