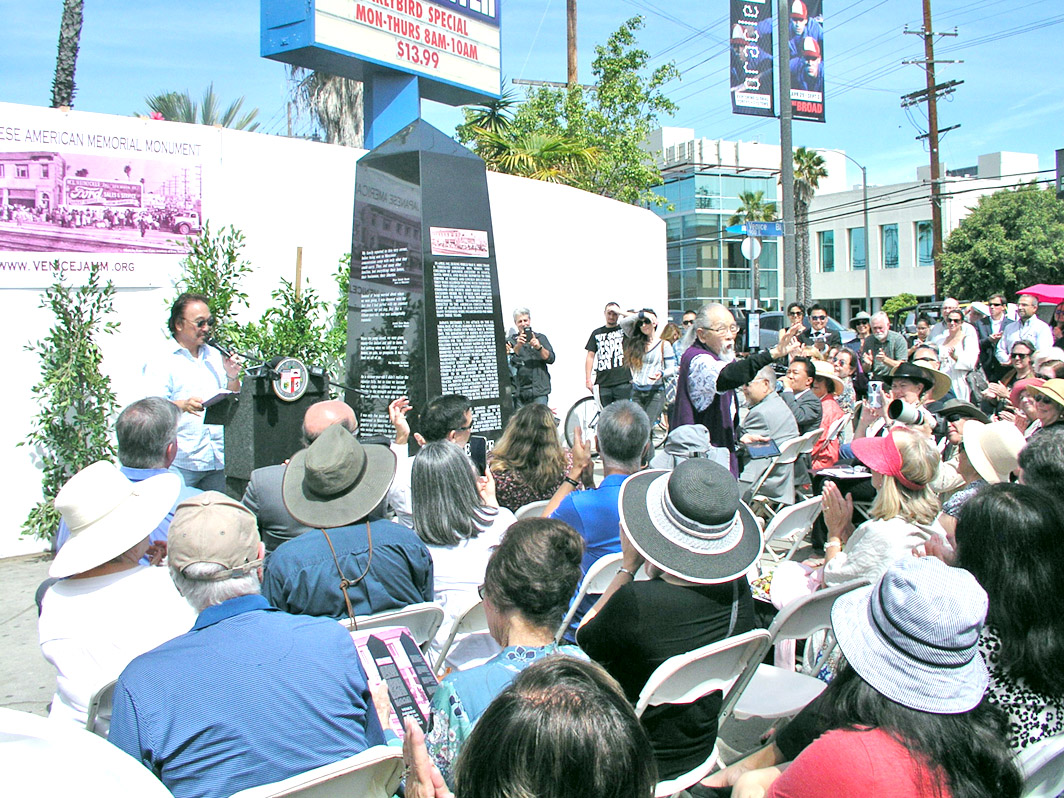 After years of planning and raising more than $150,000 in funds, a permanent reminder of history is erected at a West Los Angeles intersection.

More than 16 years of planning and fundraising culminated on April 27 when the Venice Japanese American Memorial Monument was dedicated before a crowd of more than 200 people.

The monument is a 9-1/2-foot tall, 12,500-pound black granite obelisk at the northwest corner of Venice and Lincoln boulevards in West Los Angeles, and it was erected to commemorate a day in April 1942 when about 1,000 persons of Japanese ancestry — American-born citizens and legal permanent resident aliens alike — from the surrounding areas of Venice, Santa Monica and Malibu were compelled by President Frankln D. Roosevelt’s Executive Order 9066 to gather at that intersection.

Those 1,000 people then boarded buses that took them to an assembly center, where they were processed to be transported to the Manzanar War Relocation Authority Center, more than 220 miles northeast of that area of Los Angeles, in Inyo County.

The four faces of the monument are engraved with different messages. One side has a map from the intersection to the Manzanar National Historic Site. The other faces include names of major donors, an explanation of the history and context of what happened and quotations from five individuals who were incarcerated at Manzanar.

The VJAAM Committee, headed by Phyllis Hayashibara, raised more than $150,000 for the monument. The keynote speaker for the ceremony was former California Assemblyman Warren Furutani. 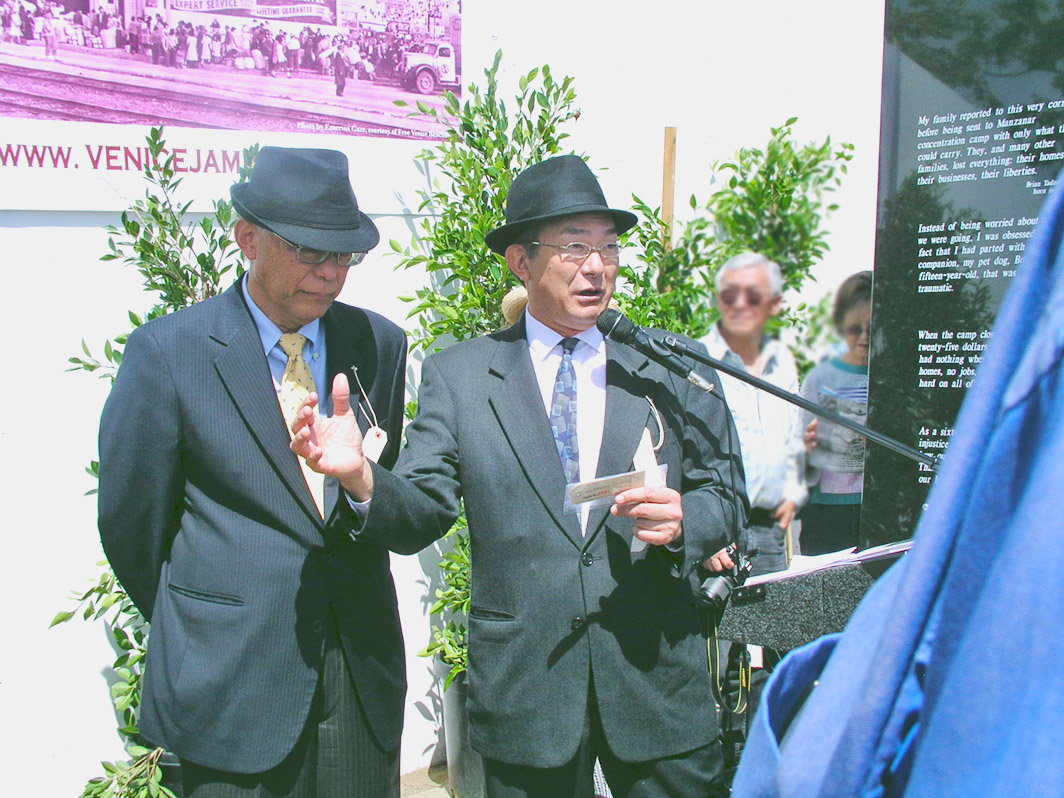 Brothers Robert and Ken Kataoka pay tribute to their father by wearing clothes similar to what he wore when he and more than 1,000 West Los Angeles-area Japanese Americans and their families boarded buses in April 1942 at Venice and Lincoln boulevards to remove them from the area. Ken Kataoka holds in his hand the name tag that was issued by the government to his father, Charles Kataoka, to be affixed to one’s clothing or suitcase.