The recent college graduate wins the PGA Championship at age 23.

SAN FRANCISCO — Collin Morikawa couldn’t help but break into a smile, and not just because the shiny Wanamaker Trophy he won at Harding Park was positioned on a stand next to him.

Just more than 14 months ago, Morikawa went through commencement after his All-American career — on the golf course and in the classroom — across the Bay Bridge and up the road at the University of California, Berkeley. 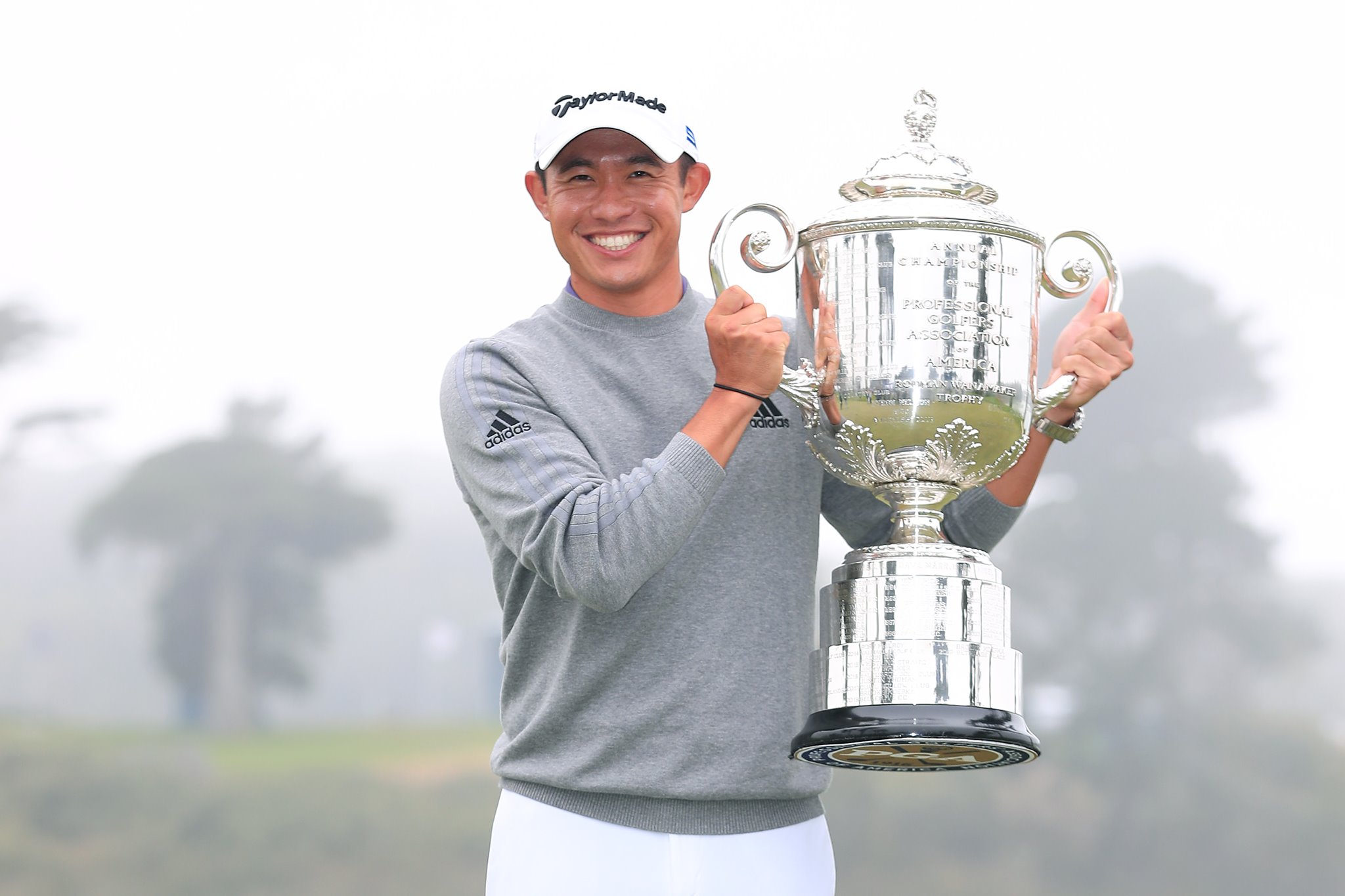 PGA Champion Collin Morikawa, a recent graduate from the University of California, Berkeley, is a Southern California native. He made history by joining Jordan Spieth, Rory McIlroy, Tiger Woods and Seve Ballesteros to win their first major before age 23 or younger. (Photo: Facebook)

Since then, he has played 28 tournaments around the world and already has three victories on the PGA Tour, one of them a major championship, which he secured on Aug. 9 at the PGA Championship. In the last 50 years, only four other players won their first major before age 23 or younger — Jordan Spieth, Rory McIlroy, Tiger Woods and Seve Ballesteros.

Morikawa is already No. 5 in the world.

That alone puts him among the elite, except that Morikawa didn’t need to win the PGA Championship to feel that way.

Harding Park was not a place for the meek.

Rare is Sunday at a major with so many possibilities at the beginning, at the turn and down the stretch. The drama was relentless. Nine players at one point could claim a share of the lead.

There was Dustin Johnson, who started with a one-shot lead. The power of Tony Finau, Bryson DeChambeau and Cameron Champ was on full display. Jason Day brought the experience of winning majors and being No. 1 in the world.

Morikawa embraced the moment and delivered the signature shot that allowed him to win a thriller.

Actually, there were two moments.

After catching a good break — even the most tested major champions need those — with a tee shot off a tree and into play on the 14th, he was short of the green and chipped in for a birdie to take the lead.

Two holes later, Paul Casey tied him with a nifty up-and-down for birdie on the 16th, where the tees were moved forward to 294 yards to entice players to go for the green.

Morikawa thought back to the 14th hole at Muirfield Village during the Workday Charity Open, where he fearlessly hit his driver in a similar situation — big trouble left, water right — and drilled it to 12 feet of the hole.

His shot was a signature moment of this major, a driver that bounced just right and onto the green and rolled up to 7 feet below the cup. He made the eagle putt and was one his way to a two-shot victory with a 6-under 64, matching the lowest final round by a PGA champion.

There were no spectators because of the COVID-19 pandemic. Casey must have felt like one. He was still on the 17th tee when he looked back and saw Morikawa’s shot.

“Nothing you can do but tip your cap to that,” Casey said. “Collin has taken on that challenge and pulled it off. That’s what champions do.”

He won at Muirfield Village last month not from that bold play on the 14th hole, but after Justin Thomas made a 50-foot birdie putt in the playoff. Morikawa answered with a 25-foot birdie of his own and won two holes later.

It was Thomas who gave Morikawa more confidence than he needed. They got together for dinner at the Canadian Open last summer, Morikawa’s first start since graduating from Cal. Thomas told him he was good enough, he would make it.

Thomas knew from experience. He spent a year in the minor leagues before getting his PGA Tour card, went through a year of learning without winning and now has 13 wins, a major and twice has been No. 1 in the world.

Morikawa didn’t wait that long. He won the Barracuda Championship to earn a PGA Tour card. He won against a strong field for validation. Now, he’s a major champion.

Young stars are emerging every year, and it was easy to overlook Morikawa. He was runner-up two years in a row for the Hogan Award, given to the nation’s best college player. Doug Ghim won in 2018, Matthew Wolff a year later. And it was Wolff who denied Morikawa a victory last year in Minnesota by making a long eagle putt on the last hole.