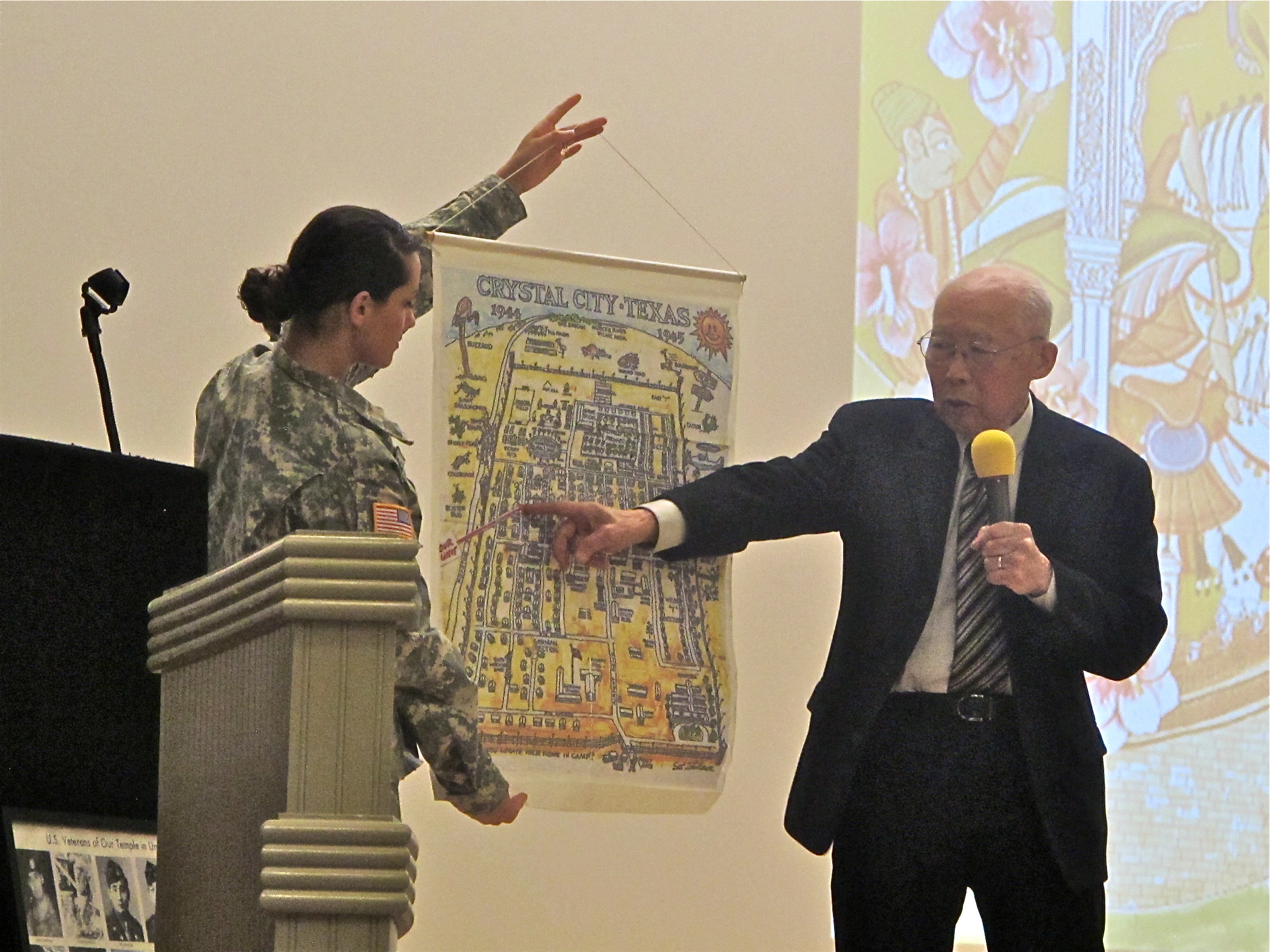 As part of May’s Asian Pacific Islander Heritage Month, Bob Nakamura and “Sat” Ichikawa had the opportunity to meet the command staff and members of the 56th Multifunctional Medical Battalion (MMB) on May 27 in Fort Lewis, Washington.

Nakamura, who is president of JACL’s Olympia Chapter as well as a life member of the NVC/NVCF and commander of VFW Post 11402 in Lacey, Wash., took the stage first, where he presented a history of Japanese Americans on the West Coast and in internment camps during World War II. Nakamura also provided an overview of the “Issei,” or first-generation immigrants to America, and how they adapted to the American way of life and culture in the states. Nakamura went on to explain how the Issei generation’s ability to immerse themselves in America affected and influenced the world of the American-born Nisei, the second generation, while still keeping true to their Japanese heritage.

Ichikawa, a life member of the NVC/NVCF, followed Nakamura’s presentation by showing a CD of his personal experiences in camp — his younger years prior to World War II and memories leading to his internment at Minidoka, Idaho, and Crystal City, Texas. He also touched briefly about his experience in the U.S. Army during the Korean War and life afterward.