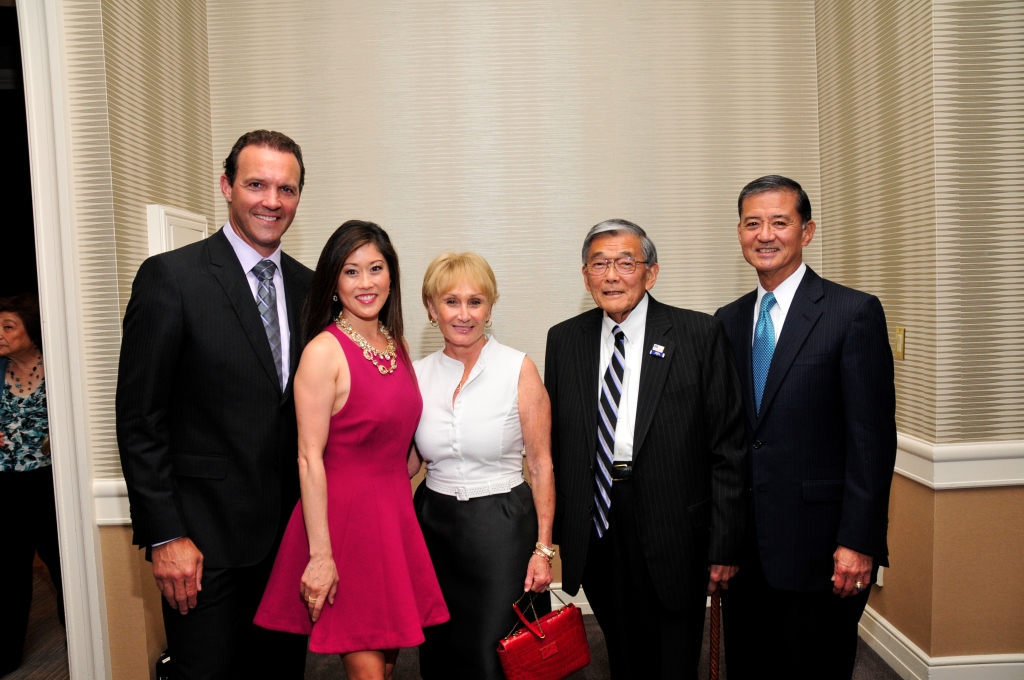 Eric Shinseki, Norman Mineta and Kristi Yamaguchi highlight the importance of the Nisei soldier stories at the San Jose-hosted event. 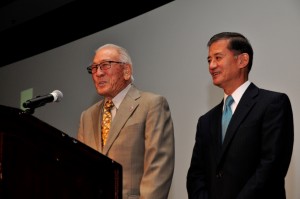 With more than 500 in attendance, Shinseki, a longtime advocate for veterans, was formally thanked for his public service by Lawson Sakai, 442nd RCT, who spoke on behalf of his Nisei comrades and 18 Nisei World War II veterans in attendance.

This was followed by a salute from all veterans in the audience, which was led by Ret. Lt. Col. Jerry Nakashima.
In his remarks, Shinseki accepted the thank you from the veterans as a means to pay tribute to the entire Nisei generation of Japanese Americans who served during the war.

Yamaguchi, who won her gold medal in figure skating in 1992, recounted the story of her grandfather, George A. Doi, who served with great distinction in a nonsegregated U.S. Army unit during the war.

The digital exhibit is set to be unveiled next year as the educational counterpart to the gold medal that is presently on display at the National Museum of American History’s “Price of Freedom: Americans at War” exhibition. While the Congressional Gold Medal was awarded collectively in November 2011 to the 100th Infantry Battalion, 442nd
Regimental Combat Team and members of the Military Intelligence Service, the digital exhibition encompasses the diverse service of more than 31,000 Japanese Americans during WWII. 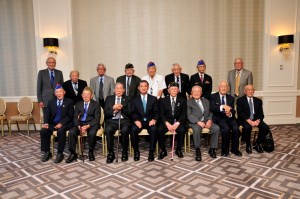 The emcee for the event was NBC Bay Area’s Michael Inouye. Smithsonian Board Member Robert Johnson also welcomed the guests. The dinner’s co-chairs were Floyd Mori, Mari Watanabe and Michael Yaguchi. Reiko Iwanaga and Pamela Dunnett of At Your Request served on the dinner committee.

The dinner successfully reached its funding goal for the digital exhibition, but to ensure the successful completion of the project and its future success, additional support is welcomed. Donations to support the maintenance and accompanying national programs for the Congressional Gold Medal digital exhibition are still being sought.

For further information or to donate, visit the National Veterans Network website or email info@nationalveteransnetwork.com