JEROME, Idaho — The National Park Service is pleased to announce the selection of Kurt Ikeda and Emily Teraoka to serve as the director of interpretation and education and lead park ranger, respectively, for Minidoka National Historic Site. In addition, Friends of Minidoka is equally pleased to announce the selection of Robyn Achilles to serve as the organization’s executive director.

Minidoka National Historic Site, established in 2001 as a unit of the National Park Service, interprets the exclusion and unjust incarceration of approximately 120,000 Japanese Americans during World War II; more than 13,000 Japanese Americans were incarcerated at Minidoka alone. Since 2003, Friends of Minidoka has supported the mission of Minidoka National Historic Site by engaging in education, research and historic preservation activities. 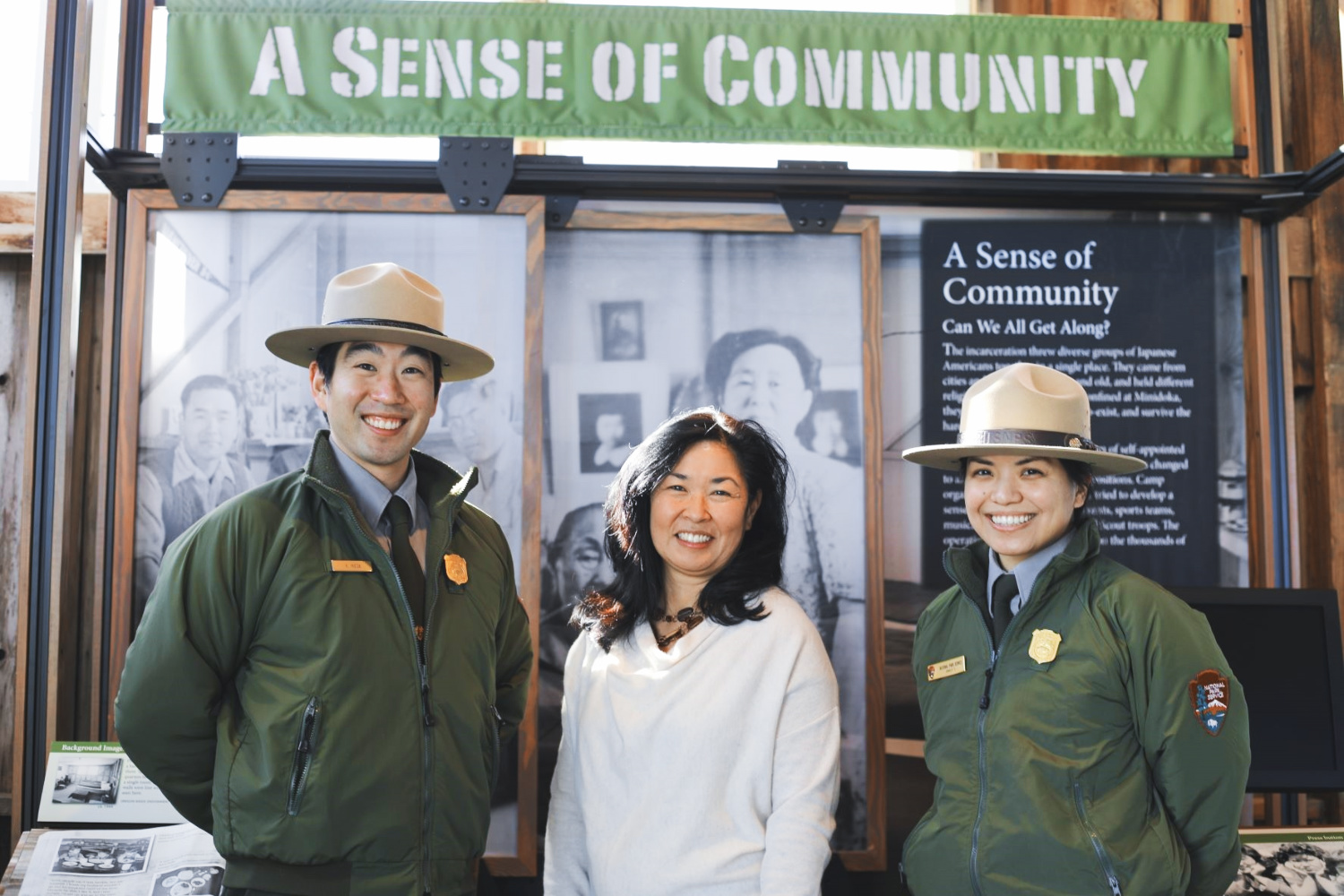 Ikeda will manage the site’s interpretation, education and community outreach programs, and Teraoka will oversee all aspects of the visitor center operations and further development of the site’s interpretative exhibits and programming. Achilles brings more than 20 years of nonprofit leadership experience to Friends of Minidoka, most recently with the Community Library in Ketchum, Idaho.

All three individuals identify as descendants of the WWII incarceration of Japanese Americans and bring their personal identities and professional experiences to the education and preservation of the site.

“We are beyond fortunate to have staff as talented and dedicated as Kurt, Emily and Robyn on our team” said Wade Vagias, superintendent for three National Parks in southern Idaho, including Minidoka. “The future of both Minidoka National Historic Site and Friends of Minidoka is so bright with these three individuals in positions of leadership.”

“Robyn hit the ground running and has already shown that she is the perfect person to take Friends of Minidoka to the next level,” Dunn continued. “As the partner organization for Minidoka National Historic Site, working with NPS is a huge part of what we do, and we are equally excited about the new staff there.

Our two organizations had big shoes to fill, but Kurt, Emily and Robyn are more than capable to usher in a new era of preserving and protecting Minidoka’s legacy.”