Nikkei Identity and the Japanese Language

A look at how to sustain J.A. identity in today’s United States 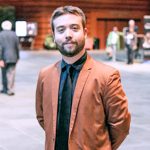 In a community that spans multiple generations and includes a growing number of biracial and multiethnic individuals, what does it mean to be Japanese American?

For most of the 20th century, JAs were a fairly monolithic community that followed the predominant migration narrative of Issei, Nisei, etc. Since the incarceration, however, there have been a multitude of experiences that grew out of that singular narrative.

For example, the folks who moved back West after camp compared to those who started a new life elsewhere. Or people who served in the U.S. military vs. No-No boys. Others who did not go to camp at all because they were able to voluntarily evacuate before the forced removal, or who lived outside of Military Zone 1.

More different yet, what about the influx of Japanese war brides married to U.S. servicemen during the Occupation of Japan and their biracial children? Not to mention Japanese who immigrated during the postwar era and beyond whom we’ve dubbed Shin-Nikkei.

With such diversity of perspective, can we truly define a quintessential JA identity that will continue to resonate as a shared experience in this community? The one thing that unites us all is our connection to Japan.

As a Yonsei, it was extremely rare that my Issei Hibaachan lived until I was a college freshman. Despite her longevity, I did not grow up speaking Japanese, nor did I know much about our ancestral country of origin beyond what I had seen in Kurosawa chanbara films or Studio Ghibli anime.

I always wanted to speak Japanese, but my mother did not speak well enough to teach me, and we lived in a monocultural community lacking access to language resources.

When I decided to move abroad to Japan my senior year of college, I could barely put two sentences together and did not read or write even the most basic kana.

After six weeks of immersive language study at the Kyoto Institute of Culture and Language, I spoke enough to live there comfortably for the next six months, and again while spending a summer researching my master’s thesis.

A decade has passed since then, and though I’m out of practice speaking, I’m still able to comprehend a decent amount of conversational Japanese. More importantly, it has opened my mind to a world of linguistic nuance within the many Japanese films and television shows I watch, giving me a better understanding of the culture in general.

It is often said that by learning a second language, we gain another soul. I would say that learning Japanese perhaps awakened that which already resided within me, rekindling a pride in my mixed-Japanese ancestry and giving me confidence to claim my Japanese-ness. More importantly, it helped me form a special relationship with my Nisei Obaachan because of my cultural, if not linguistic fluency.

Although Japanese is her first language, Obaachan rarely has the opportunity to speak it now that her parents are gone. Also, the Japanese she learned was 1930s-era Hiroshima-ben, something that sounds rather foreign to most native Japanese speakers today. She never learned to read or write in Japanese, so we sometimes correspond in romaji. Language use aside, learning Japanese helped me to better relate to Obaachan in ways her other grandchildren cannot.

At its core, language is inherently utilitarian. We are limited to expressing ourselves through the linguistic devices available in a given language. Japanese forces one to think differently than English based on its grammar structure and other rules related to how one speaks. Learning another language to the point of fluency really does change the way you think because it teaches you new modes of speaking to communicate your ideas. In this sense, to fully understand Japanese culture, you must at least have a basic understanding of Japanese language.

Another utilitarian aspect of language is that once a language is no longer used as the primary means of communication, people start to forget it — favoring their more widely used language, and arguably the thought processes inherent to it. Within the multitude of experiences that JAs have lived post incarceration, there are also many reasons for discontinuing use of the Japanese language.

Many stopped teaching their children Japanese because they feared reprisals from white nativists who called for their forced removal from Military Zone 1. Others being native born in the U.S. didn’t have a firm enough grasp on the language themselves to teach it to their children.

In my Obaachan’s case, her teacher sent home a note that her English development was slower than other students because she was speaking Japanese at home. It didn’t stop her parents from speaking Japanese since it was the only language they both spoke fluently, but I believe it had an impact on her own use of Japanese.

With the exception of a few small ethnic enclaves such as New York City’s Little Italy and certain Scandinavian communities in the Great Lakes region — how many white Americans speak the language of their immigrant grandparents? Of the vast majority who do not, very few have ever been asked incredulously, “Why not?”

What makes the situation different for JAs and other Asian Americans is that because we are perceived as foreign, people judge us when we cannot speak the language of our ancestors.

Having spoken with a number of elder Sansei about this issue, I understand that Japanese language ability, or lack thereof, can be a touchy subject. It’s been stigmatized as the language of the enemy for elder generations and inversely as a symbol of shame for the generations that have since lost touch with that aspect of their culture.

How much of one’s culture is determined by the language they speak? Is it possible to reacquire the language of the immigrant generation when many of our Sansei parents no longer speak it? Would that in some ways make us more Japanese than our parents? In one sense, it might be our only hope for the continued survival of a Japanese American community.

If current trends in out-marriage rate from the JA community continue, we are almost guaranteed that nearly 100 percent of the Gosei and certainly Rokusei will be multiethnic, if not multiracial.

As our Japanese ancestry becomes less quantifiable with each successive generation, how can the JA community continue to exist if not through our culture? While learning Japanese is not the only way to do so, it is, in my opinion, one of the easier methods of cultural retention and reclamation.

Amongst the Yonsei and Gosei generations, I have met dozens of college-aged JAs studying Japanese as I did. The Kakehashi Project is a great new resource and an interesting case study in what a broad-based Japanese-language education program could look like. Sending JA youth to Japan for a week is a great first step, but it is yet to be seen whether this will result in the continued study of Japanese language and culture.

Perhaps a more sustainable long-term solution is to foster better connections between the Shin-Nisei (American-born children of new Japanese immigrants) and Yonsei or Gosei of a similar age group.

Many of the Shin-Nisei are growing up speaking Japanese at home, and the current trend of cultural reclamation amongst younger Nikkei seems to be increasing, so perhaps we should be more focused on building these types of bridges within our own community.

JACL has become a de-facto meeting place for these types of exchanges, and I hope in time we can develop more programs that intentionally bring together the many diverse perspectives of our JA community.

Rob Buscher is a member of the JACL Philadelphia Board of Directors.