Nikkei Voice: A Moment in Time: Thinking About Visiting Japan

During the last week of October, there was a lot on my mind, including Covid-19 and the ongoing pandemic, and, of course, the November U.S. elections. But I also found myself at a moment in time, looking back one year that week to a family trip to Japan and looking forward to next year with the hopes that we’ll be able to return.

Longtime readers know I was born in Japan and moved to the U.S. when I was a kid. You also know that I always advocate for Americans — and especially Japanese Americans — to travel to Japan. I’m pretty familiar with the country, and I’ve traveled to most of Japan from Hokkaido, the northernmost island, to Okinawa, at the southern end. Yet, whenever I go back to Japan, I find new parts of myself to connect with that enrich my sense of identity. 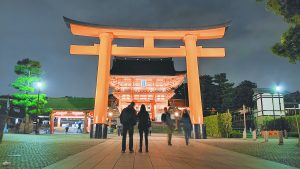 I think back and marvel that my wife, her folks, her brother and his partner and I were in Japan probably while Covid was beginning its terrible, tragic trek around the globe. Given the grim reality of the virus and how it has affected day-to-day life worldwide, it seems almost dreamlike now to think back on the trip.

We flew from Denver International Airport to Narita Airport outside Tokyo on a direct United flight, a Boeing 787 Dreamliner that flies high and fast. The direct flight makes it much easier to go between Colorado and Japan without bouncing around the West Coast and waiting for a connecting flight. 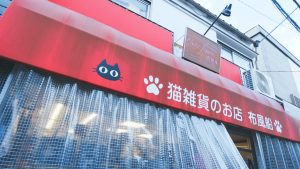 A storefront at Yanaka Ginza in Tokyo (Photo: Gil Asakawa)

From Narita, we took an express train from the airport to Nippori Station and checked into our hotel just a couple of blocks away. The station is on the Japan Rail (JR) Yamanote Line, a loop of stops that can take you to most of the places in Tokyo that you might want to visit. And because it’s a loop, it’s OK if you miss a stop because déjà vu — the train will eventually come back.

All of us paid for a seven-day JR pass, which gave us full access to any JR trains, though not the subways and some other privately owned train lines. We could also use it to ride the famous Shinkansen, or Bullet Trains, with a wave of the pass (though getting the free tickets in advance is recommended). Nippori is at the northern part of the Yamanote loop, with the more famous Ueno and Tokyo Stations down to the east and Shibuya and Shinjuku down to the left on the loop.

I’d never explored around Nippori before, but chose it because of the easy access from Narita and a nearby neighborhood called Yanaka Ginza, which is nothing like Tokyo’s famous, high-class Ginza shopping district. 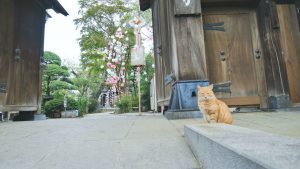 A guard cat for the shrine at Yanaka Ginza (Photo: Gil Asakawa)

Yanaka Ginza is a quiet, narrow shopping street of a few blocks that feels like it hasn’t changed since the post-war 1950s, during the Showa Era under Emperor Hirohito. The shops and street food are plentiful and inexpensive, and there’s a distinct cat theme to the district. Cats adorn signs, cat statues look down on passersby from atop shop roofs and cats (real ones) seemingly guard the Buddhist temple near the end of the street.

From our hotel, it was an easy ride on the Yamanote train to get to our various destinations. Most notable was a walk through the Asakusa district, where a huge gate with an enormous hanging lamp welcomes visitors into a long shopping arcade that leads to Sensoji, the oldest Buddhist temple in Tokyo. Asakusa and the surrounding neighborhoods feature a heavenly trove of street food.

We met family members who traveled from Kumamoto in southern Japan for a fantastic traditional multicourse dinner. We made the must-see treks to spots like Harajuku, the youth shopping street, and Shibuya, the busiest crosswalk in the world where the famous statue of Hachiko the dog awaits his owner, who died at work in prewar Japan. The famous statue is now a popular selfie and meeting location.

Rain impacted some of our itinerary (no bus trip to Mount Fuji, no boat ride to the new gigantic fish market). We also ran out of time to do some of what we’d planned, before we took the Shinkansen to Kyoto.

If Tokyo is the buzzing brain of Japan, Kyoto is the soulful heart of the country with its many ancient (and intact) temples and shrines. It’s gotten harder to feel spiritual with the crowds of tourists jammed into most of the famous spots, but you can still feel the city’s cultural anchor. 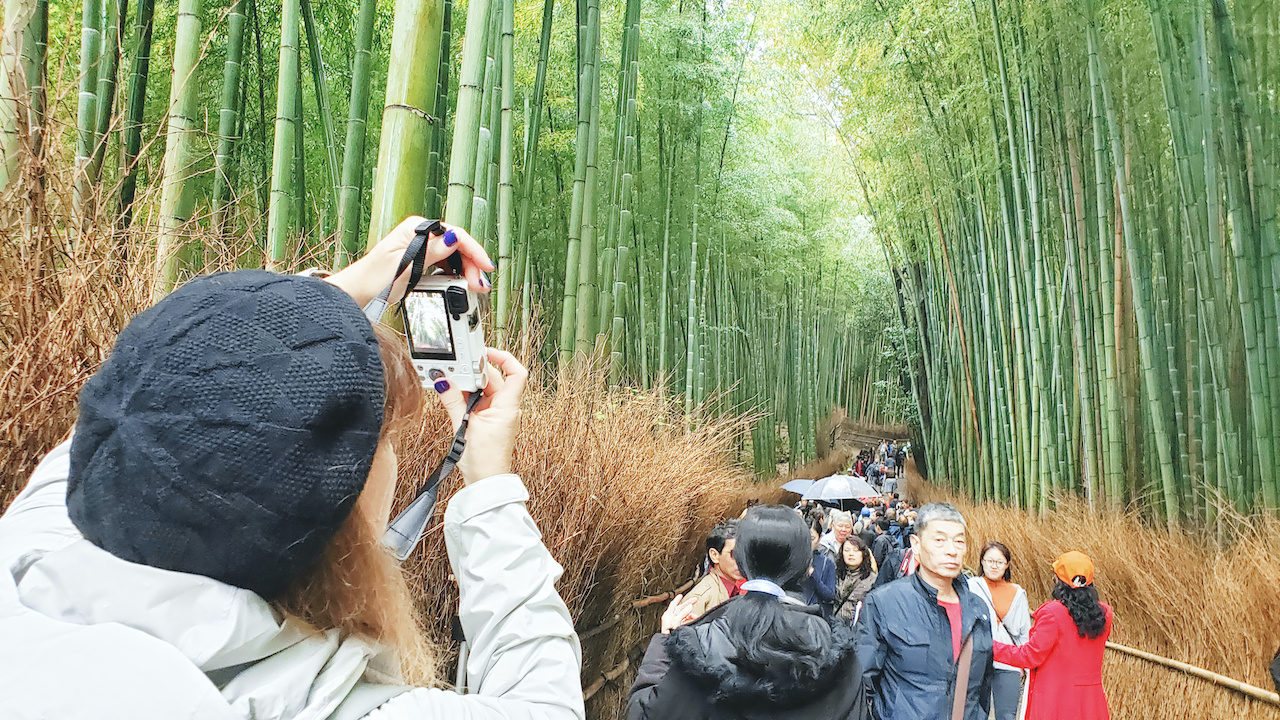 We stayed away from some of the most-crowded tourist traps, but we ran into plenty of people at the Arashiyama Bamboo Forest. An evening train ride to the Fushimi Inari Shrine with its 1,000 torii gates (no, we didn’t walk up the mountainside through all of them) was cool because with the nearby shops closing, the tourists melted away. The torii gates and shrine buildings were lit and peaceful to walk amongst. We also squeezed in side trips to busy Osaka and Nara, a place where deer share space with tourists at the revered shrines and temples. We had great food everywhere, of course. 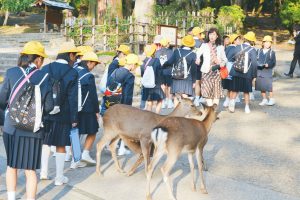 At 10 days, the trip felt too quick. Immediately upon our return, I longed to go back to Japan. Next time, I wanted to choose places I hadn’t visited before, or places that the standard tourist journeys overlooked.

As it happens, amidst the constraints of the pandemic this summer, I was voted to become the chair of the Denver Takayama Sister City Committee (DTSCC). Takayama is Denver’s second-oldest sister city — the oldest is Brest, France, and we celebrated the 60th anniversary of the Denver-Takayama relationship in July.

One of the main activities of the DTSCC is exchange trips between Colorado and Takayama — both Americans traveling there and Japanese coming here, and both student and adult trips. The student trips typically have homestays, and we provide scholarships for Denver-area students to go. The adult trips are well-planned group tours with the option for folks to add extra days on their own.

We recently held a successful online event for “Bunka No Hi,” or Culture Day, and instead of having people in Denver talk about Takayama or Japanese culture, we held it in the evening here (morning in Japan) and had a virtual walking tour of Takayama’s historic Old Town district with a tour guide, and then we had a cooking demonstration of local Takayama cuisine.

People loved it, and for me, it whetted not just my appetite for the Hida Beef of Gifu Prefecture, but also the chance to visit Takayama — and other places in Japan that I have spent a lot of time in. Maybe next November …

That’s my moment in time — thinking about a year ago and assessing the reality of right now, but looking forward to the future, one filled with hope. 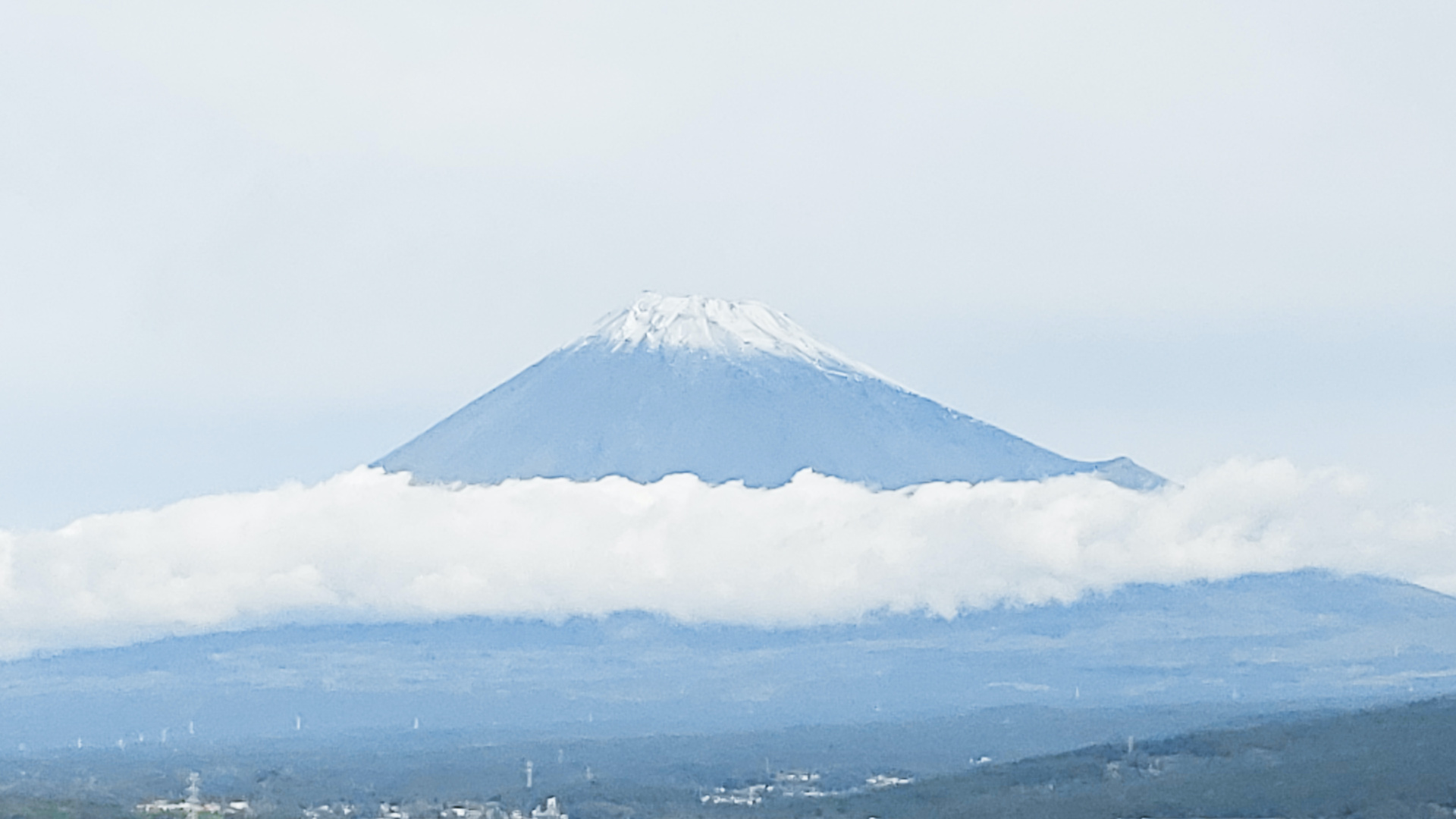 A view of Mount Fuji from the Shinkansen from Tokyo to Kyoto (Photo: Gil Asakawa)