A great American photographer died on Jan. 27 at a hospital in Queens, N.Y., his hometown. But you might not recognize his name: Corky Lee.

Like the subject of his half-century career, Asians in America, who have historically been invisible to mainstream Americans, Corky was invisible — he didn’t seek the spotlight, he just wanted to record the community around him.

Most people wouldn’t have known him. But along with Asian American activists and journalists across the country, my wife and I knew him, and when I learned that he had died of Coronavirus-19, I was devastated by the loss. 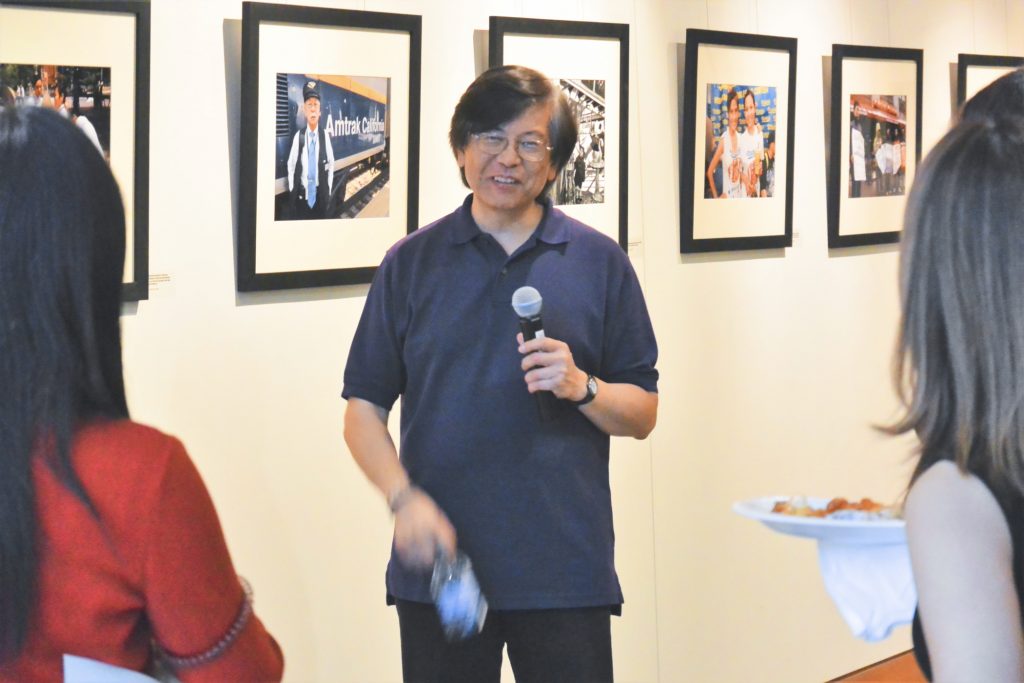 Corky Lee chronicled Asian Americans through his photography since the 1970s. 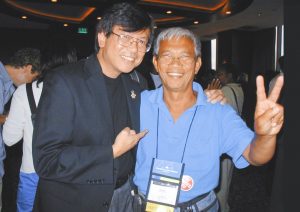 I mainly knew him through the Asian American Journalists Assn., and my wife and I met him years ago when he came to Denver for an OCA-JACL banquet during which a photo of his was auctioned off. Erin and I were emcees for that banquet.

The photo was a commemoration of the completion of the Transcontinental Railroad, which was built on the backs of thousands of Chinese laborers (many died along the way) but the Chinese were told they couldn’t attend the completion ceremony. So, the famous photo of the two locomotives meeting at Promontory Point, Utah, had no Chinese faces in it at all. Google “Transcontinental Railroad Promontory Point Utah” and see for yourself.

In typical fashion, Corky decided to stage his own history lesson and captured assemblies of AAPIs and the descendants of the original laborers at the same spot. He was single-minded that way, and so persistent that history should be kept honest, not whitewashed. He called his life’s work “Photographic Justice,” and it was.

New York filmmaker Jennifer Takaki, a friend of Corky’s, has been working on a documentary, “Photographic Justice: The Corky Lee Story” for years, and I’m looking forward to seeing how the photographer was captured by the filmmaker. It’s sure to be a chronicle of the Asian community, not just of the man because he was such an omnipresent figure in the community.

In a memorable trip, Corky came to Colorado to shoot portraits of two men who shared history but probably had never met. Erin and I knew John Yee, the longtime Denver educator who had served with the acclaimed “Flying Tigers” squadron of fighter planes based in Kunming, China, during World War II. And we knew George “Joe” Sakato, a Medal of Honor recipient who fought in the famous 442nd Regimental Combat Team. 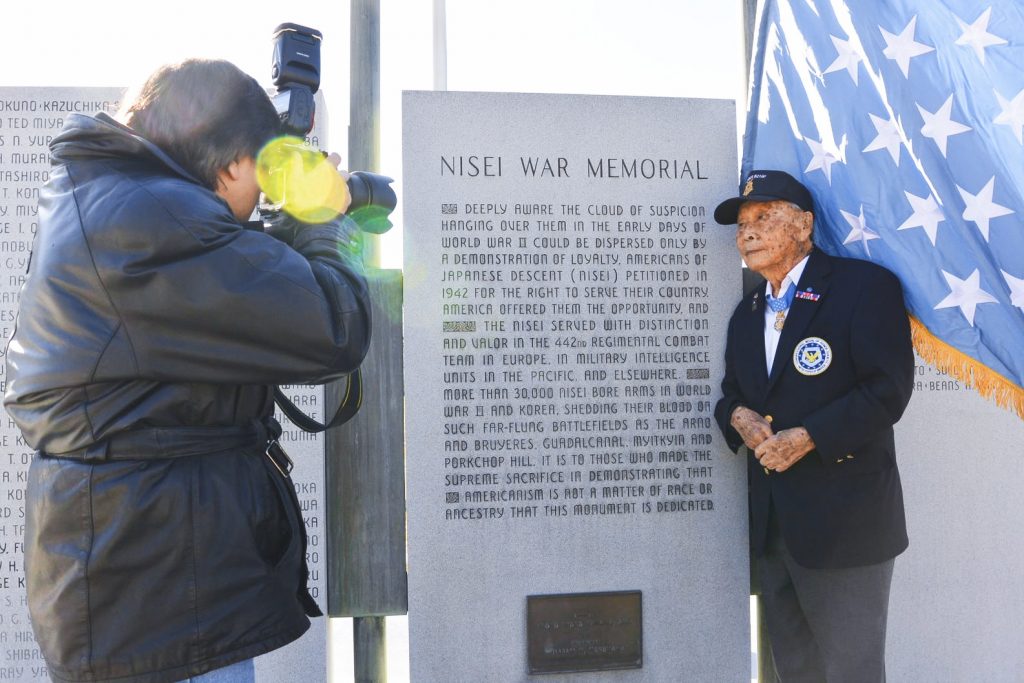 Corky Lee captured a photo of Joe Sakato next to the Nisei War Memorial.

Sakato was in the terrible battle in France toward the end of the war, when Japanese American soldiers rescued the Texas “Lost Battalion” that had been surrounded by the retreating Nazis (in total, 211 Texans were rescued, and the 442nd RCT suffered a total of 1,000 casualties, 800 wounded and 200 killed). During the battle, Joe lost his best friend, and in a rage, he raced up the hill and took out a machine gun nest. Joe came back to Denver and lived a quiet life working for decades with the US Postal Service, and he was a familiar face at Memorial Day services for Nisei veterans.

Both men have since passed away — Joe’s former post office was renamed after him. When Corky came to Denver, we took him to John Yee’s home, and he took a lot of photos. Then, we took Corky to the Nisei Memorial at Fairmount Cemetery, where the annual Memorial Day ceremony is held for Denver’s JA community.

The memorial has etched in it all the men who served in the U.S. military, WWII veterans on the front and all the men since then (including my father, who served in the Korean War) etched on the back. There, Joe Sakato posed next to the name of his friend and pointed to it: Saburo Tanamachi. I don’t know if any of their portraits ever made it into any of Corky’s last exhibits.

Corky may not have been famous to most people, but he was a superstar to those who met him, knew him, worked alongside him, were touched by his “photographic justice” and were inspired by him. He spoke to community organizations and college groups whenever he was invited, and he talked about the issues that sparked his photos, not just the artwork itself. He was truly selfless.

As I wrote in my Facebook post, “I’ll miss his eye, talent and saucy New York accent and quick smile and laughter. Take great pictures in the next world, Corky. RIP in this one.”

Gil Asakawa is former chair of the Pacific Citizen editorial board and author of “Being Japanese American”    (Second Edition, Stone Bridge Press, 2015). He blogs at www.nikkeiview.com.