How the world, and all our lives, have changed in a very short time. When I wrote about the emerging coronavirus in February, it had just been officially named COVID-19, and it was still mostly concentrated in one province in China.

As I write this today in early April, a million have gotten the virus, and the death toll has passed 50,000. In the United States, more than 200,000 have been diagnosed with the coronavirus, and more than 5,000 have died of it.

In February, I warned about the rise in fear against Asians in America and how people were avoiding dining at Chinese restaurants and moving away from Asians and Asian Americans in public spaces.

Now, that initial wave of fear that sparked the fire of prejudice has turned into a full-blown blaze of hateful fury aimed at Asians. It’s the new manifestation of “Yellow Peril.”

Our president hasn’t helped, though he did offer a belated statement saying people shouldn’t treat the “hard-working” Asians badly. For weeks, he and his administration purposefully and for political reasons called COVID-19 (the official medical named given it by the World Health Organization) a “Chinese Virus” or the “Wuhan Virus.” 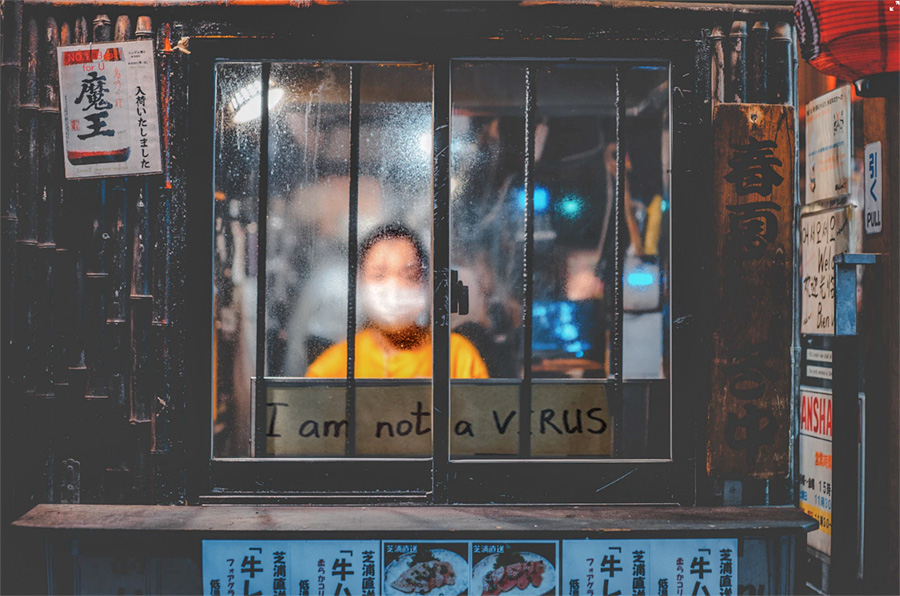 Defenders of the president’s naming called protests an overreach of political correctness, but they were wrong. People — at the least, his most fervent followers — follow his dog whistle calls and treat them like calls for action. Words do matter, and as the virus exploded in the U.S. after the administration minimized it for two months, his base has taken his words to heart and are indiscriminately blaming all Asians for the pandemic, as well as the economic losses they’ve incurred and the frustrations they feel. But remember, Asians and AAPIs are suffering like everybody else.

These are real stories:

• A friend of mine who is Chinese American was walking in Denver, and a white woman driving by started yelling at him, calling him a “Chink.” She said he brought the virus from China and that he was to blame for losing her job. She screamed at him to “go back to China.”

• A young woman I know was driving recently with her windows down on a warm day, when a group of young white men pulled up alongside her at a traffic light. They started tainting her with racial epithets … and then sprayed disinfectant at her. She was so shocked and frightened that she quickly checked for oncoming traffic and ran the red light to get away from them.

• At two different area supermarkets that happen to be owned by the same national chain, Asians have been harassed as they shopped. In one incident, a Korean adoptee and her children were spit on.

Verbal harassment isn’t a bias-motivated crime in Denver’s legal code, so it’s an “incident” and an awful expression of an ignorant person’s First Amendment rights. But spitting is a physical assault, and I suspect spraying anything on someone else is as well.

I’m a member of the Denver Asian American Pacific Islander Commission (DAAPIC), which is appointed by Mayor Michael B. Hancock. I’m also part of an ad hoc group calling ourselves the Coronavirus Asian Response Committee (CARC). Between these two groups, we’re trying to be proactive about the rise of verbal and physical attacks against Asians and Asian Americans in the Denver metro area.

We’re compiling a database of area law enforcement agencies and noting any contacts and numbers for bias-motivated crime officers. Denver is sadly the only jurisdiction that has a dedicated bias-crimes unit. But most police and sheriff departments tell us that if an incident is over and no one was hurt, they have nonemergency numbers to call and may have an officer who covers hate crimes as part of her or his duties.

The advice from every agency if a crime is going on in the moment is to try to record it with a phone camera, and call 911.

Some of us were asked to share our concerns with Mayor Hancock a few days ago, and he was so disturbed at the incidents we shared with him that within a few hours, he released a public statement (in English and several Asian languages) and a video urging citizens to protect our Asian neighbors.

We got to help with some of the wording of the message.

DAAPIC and CARC are also working to be a resource for our AAPI communities with a comprehensive and constantly updated list of links for individuals, businesses and families about economic information, loans and grant, health and education news and services.

We’re also compiling a database of Asian businesses including restaurants by ethnicity and type of food, noting who’s open, what’s available for takeout, hours and whether gift cards are offered.

It’s an incredibly unnerving and unpredictable time for everyone, but for our Japanese and wider Asian communities, it’s a time to unite, educate ourselves about how to protect ourselves and teach others about who we are — and, more importantly, who we aren’t. We’re NOT the “China virus.”

I hope everybody stays safe and stays healthy. We’ll get through this together.

Gil Asakawa is former chair of the Pacific Citizen editorial board and author of “Being Japanese American” (Second Edition, Stone Bridge Press, 2015). He blogs at www.nikkeiview.com.