The coronavirus outbreak that started in Wuhan, China, is become a worldwide crisis, and the virus is serious business — both figuratively and literally.

Because the world economy is interlinked and interdependent, a disaster in Asia can have ripple effects across the globe’s financial markets. As countries including the United States cut back travel to China and block people from coming from China, the U.S. stock market has been battered by the effects of the coronavirus. Many American companies have offices in China and rely on companies there to keep its supply chains moving.

As I write this, the World Health Organization has counted more than 17,000 confirmed cases of illness caused by the coronavirus, which can have symptoms similar to flu or pneumonia, including 146 in 23 countries outside of China. The U.S. Centers for Disease Control and Prevention so far has confirmed nine cases in the U.S. as of this writing, with no deaths. There have been 303 deaths in China, and one in the Philippines.

Authorities are predicting that the virus will spread exponentially in the days to come.

In China, more than 2,000 cases were reported in one day. The word “pandemic” is being mentioned as a possible outcome of the spread of coronavirus. 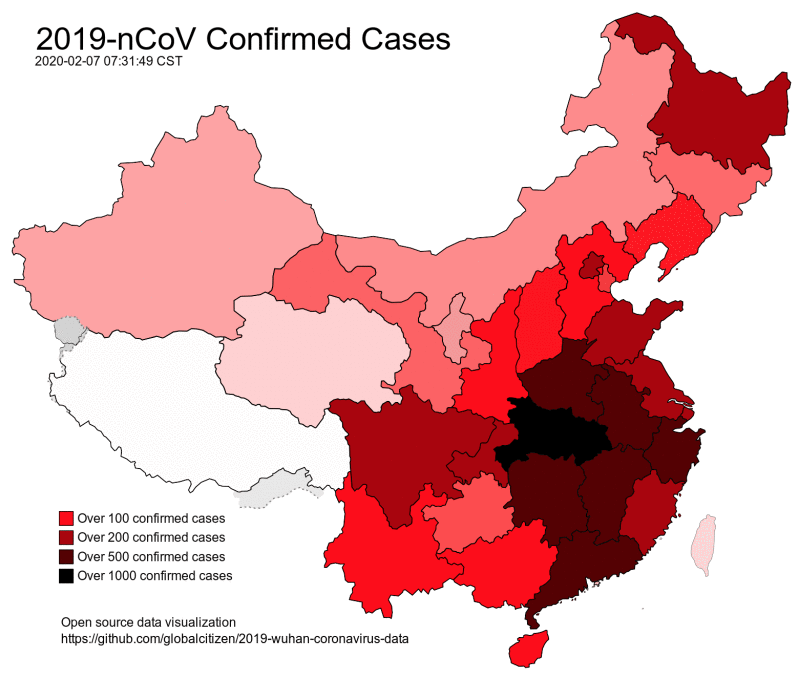 So, there’s no doubt about it, the coronavirus is serious and deadly, and the entire world is being extra cautious about preventing an outbreak outside of China.

I don’t fault countries, including the U.S. (and Japan) from limiting or blocking travelers from China. Until there’s a scientific medical solution to treat and prevent the virus, one way to control the virus from spreading is, well, control the spread of the people who may be carrying the virus.

Unfortunately, along with the spread of the virus, one side effect has been the spread of fear that can fuel the fires of racial stereotypes.

It’s one thing to be afraid of people from Wuhan, or even Mainland China, who may have been exposed to the virus. It’s another altogether, to treat Chinese in the U.S., including Chinese Americans who were born and raised here and haven’t gone to Wuhan or even to China recently, as pariahs who might be carrying the illness.

They’re not. Neither are other Asian Americans and Pacific Islanders.

Yet, the media has run stories about how AAPIs are being treated as if they’re all Chinese who are “fresh off the boat” from Wuhan. The New York Times ran a commentary about how Chinese restaurants are being subjected to outdated tropes — fake stereotypes — about serving meat that might have been the cause of the virus in the market in Wuhan. You know, rats, bats, wolves …

It’s always easy to target “The Other” in times of crisis when fear is clouding our societal judgment.

I’ve had Asian American friends on social media tell me that they’ve sat down at a café, a station or a library, only to have people around them pick up their things and move away. And these friends aren’t all of Chinese heritage, not that that matters.

It happened to a Japanese American woman in Washington, D.C. Shame on you, people. Do we need to shout out, “I’m not Chinese from Wuhan!” or “I’m Japanese American!” to show we’re not Typhoid Mariko?

This all reminds me too much of a World War II-era photograph of a young Asian girl heading to school, with a big sign pinned to her blouse reading, “I am Chinese.” I have to wonder if she was bullied anyway. It was a common sight to see Chinese Americans identifying themselves during the war, when 120,000 people of Japanese ancestry, including half of whom who were U.S.-born American citizens, were imprisoned in U.S. concentration camps.

Of course, there were no instances of espionage or sabotage proven by any JAs during the war.

But in times of crisis, fear fuels the fires of prejudice. Even in our “politically correct,” “post-racial” world, that prejudice seethes and simmers just below the polite surface. Scratch just a little bit, and it’s there.

So, if you’re “The Other,” and you so much as look Asian or serve any kind of Chinese food, you could have been singled out as a spy during WWII or as a virus carrier today.

Let’s let the authorities fight the coronavirus with science and not bring our baser instincts of fear and loathing to the surface.

Gil Asakawa is former chair of the Pacific Citizen editorial board and author of “Being Japanese American” (Second Edition, Stone Bridge Press, 2015). He blogs at www.nikkeiview.com.