“Aw, man. This is the best job ever. … The best job ever,” said John Daub with a supremely satisfied smile. He just took a sip of a creamy onion bacon soup at a restaurant named Kokoya de Kobayashi in the city of Kobayashi in Miyazaki prefecture, on the southern Japanese island of Kyushu.

He’s not kidding. Daub and his wife, Kanae, have been “working,” spending several days in the area livestreaming videos for his “Only in Japan GO!” YouTube Web series. It might seem like an amazingly fun gig, and obviously, it is. But don’t be fooled — he works hard at his job.

Daub began this series of livestream episodes two days ago in Miyazaki prefecture by attending a mango auction (yes, in Japan they auction off mangoes just like the tuna auctions in Tokyo’s famous fish market — the top fruit went for $5,000. For one fruit.)

Then, he filmed a series of live broadcasts in quick succession, only to go back home to Tokyo and edit together a finished show about the mango auction. 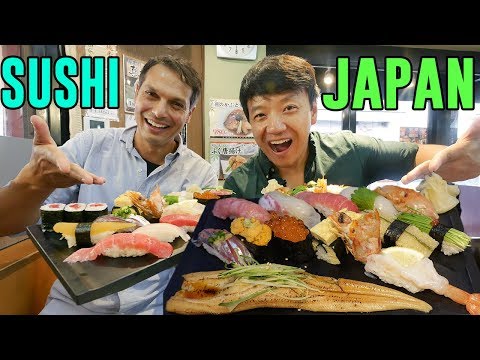 YouTuber John Daub’s extremely popular channels “Only in Japan GO!” and “Only in Japan” showcase engaging stories about a diversity of topics in lesser-known regions and restaurants in the country.

Daub is a YouTuber, someone who shoots lots and lots of videos and does it so frequently and professionally that he’s gained 140,000 followers for his livestreaming “Only in Japan GO!” channel, and more than 1 million viewers who follow his main “Only in Japan” channel.

Lots of people produce videos about Japan on YouTube (I’ve posted some myself). But most are travel videos. They treat Japan as an exotic destination and often get facts and words wrong. The better videos are by a community of YouTubers who live in Japan — many are ex-pat Americans and Brits, and some, like Daub, have lived in Japan for years, speak Japanese and have married and welcomed families of their own.

Daub’s “Only in Japan” videos, which tend to be around 10 minutes long, are very informed, knowledgeable and educational.

While some peoples’ Japan videos zip through the most popular tourist spots, Daub seeks out lesser-known regions and restaurants, and he delves deep with a journalist’s curiosity into the culture that is at the heart of everything in Japan.

He has produced engaging stories about an amazing diversity of topics: why Japanese people live so long, how to make tofu, why Wagyu beef is so damned tasty, Hokkaido prison food, elementary school food, how the silk industry helped make Japanese technology a world leader and, of course, lots and lots of food — from sushi and ramen to a dizzying variety of street food in many cities and festivals across Japan.

On his second YouTube channel, “Only in Japan GO!” Daub chooses a place or an event and livestreams sometimes for more than an hour. It can seem rambling, but after a while, his broadcasts become pretty engaging. He talks to viewers as they send chats with him, and he thanks them when they submit a “SuperChat” message with money to help him pay for his broadcast (for a beer or lunch).

Daub’s live “shows” might be casual and stream-of-consciousness, but the content on his original channel are more like TV-level reports. That’s because after Daub first moved to Japan 21 years ago to teach English, he fell in love with the country, and he began working in television. He was a reporter for NHK, the public TV network, and runs a video production company.

Daub was born in Virginia, grew up in New Jersey, went to college at Ohio State University and earned a degree in economics and English literature. So, he learned both his Japanese and his video skills on the job.

He didn’t know any Japanese when he went to Japan.

“I learned the language, believe it or not, not through school, but I would go to Mr. Donut almost every day, and I would talk with old ladies, and they would correct my Japanese,” he said. “Older ladies are very strict.”

He shot his first videos with a professional camera in 2003. Daub was confident enough to launch his production company, and he secured a contract to create comedy videos in English. That work got him into Japanese TV, and he started working at NHK World, the English-language network, as a reporter.

Daub has dozens — hundreds of hours — of videos already on YouTube, but he’s not worried about finding new stories.

“So, as much as I like to talk about food and talk about adventures and tourism, the channel’s also about the stories of everyday people and introducing their lives to the audience,” Daub continued. “Because that’s not something that a tourist would be able to find out on their own.

“And if I can enhance the experience of the viewer, I think it would resonate better with them than if it’s just me eating something or if it’s me going and having an experience,” Daub concluded. “I want to connect with my audience through other people and share their experiences together. And that’s probably the way this channel evolves.”