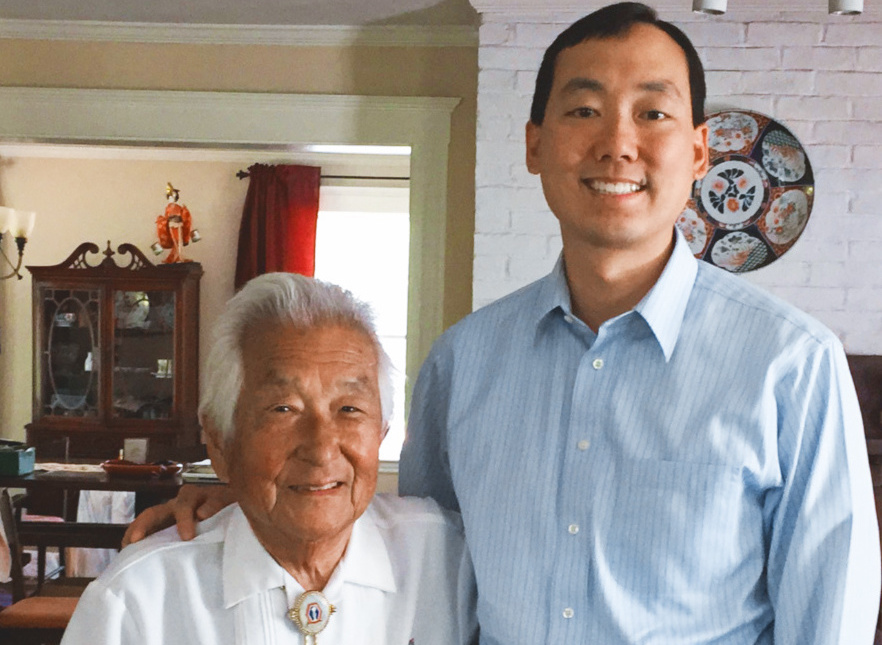 The retinal surgeon moonlights to spotlight a fictional Nisei soldier.

The first question one has to ask when talking over the phone to author  Andrew Lam is, “Do I have the right Andrew Lam?”

That’s because there is another Andrew Lam — who happens to be Vietnamese American — who has also gained renown as a writer. 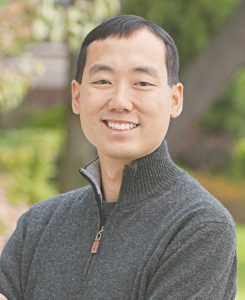 The author of the novel “Repentance,” which was released last spring, however, is not only a different Andrew Lam, he also is younger, Chinese American, lives near the East Coast and is a physician — a retinal surgeon, to be precise.

“More than once, someone has come to a book talk or one of my patient’s has come with one of his books for me to sign,” Dr. Lam laughed. Although they have yet to cross paths, he says he’d love to meet the other Andrew Lam.

(In an odd sort of way, though, Lam is actually someone one would not want to meet professionally. That’s because those who come to see him are referred by other doctors who can’t help their patients, meaning one would have a very serious condition, such as a detached retina.)

Referring to his literary namesake, whom he described as a “full-time writer,” this  Andrew Lam spends the bulk of his workday practicing medicine and serving as an assistant professor at the University of Massachusetts Medical School and Tufts University School of Medicine. 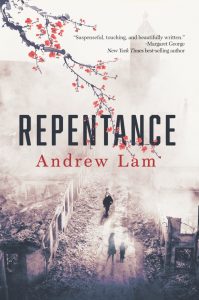 The subject matter of “Repentance” fits that description.

“As a writer, my main goal is to basically shine a light on aspects of our history that aren’t necessarily well-known but deserve to be,” Lam told the Pacific Citizen. “I knew about the story of the 442nd because I actually spent a year in Hawaii for my medical internship, and I met many veterans. One day I was in church, and there was a guy   sitting next to me — he was in the 442nd.

“I knew about them just from history, but getting to know them personally —meeting them — was very valuable,” Lam continued. “So, when I decided to start a book on the 442nd, my goal was to get more mainstream Americans to know their story.”

The plot of “Repentance” is the journey — with a surprise twist or two — of a superstar Sansei heart surgeon named Daniel Tokunaga who has a fraught relationship with his Nisei father, a heroic 442nd veteran who is hiding a decades-old secret, as well as a less overtly strained relationship with his Japanese American mother, who has a secret past of her own.

As Tokunaga tries to reconcile his relationship with his parents, he must also take steps to salvage his marriage to a white American woman who has spent most of their marriage doing the heavy lifting of raising their now-grown offspring because Daniel put his work first, causing her to let die her own career aspirations. Daniel’s upbringing, not surprisingly, had a direct effect on his relationship with his wife.

Inspired as Lam was by meeting 442nd vets in Hawaii, it was a mainland Nisei veteran — and fellow physician — who served as his sensei and guide to all things 442nd.

Susumu Ito, Ph.D., was a professor at Harvard Medical School who, as a young man, served in the 522nd Field Artillery Battalion, the artillery arm of the 100th Battalion/442nd Regimental Combat Team. In his later years, photos he took while in Europe as he served in the Army were the subject of an exhibition at the Japanese American National Museum in Los Angeles’ Little Tokyo.

During the six-year quest to write and have “Repentance” published, Lam met Ito.

“I had many back-and-forths with Dr. Ito.  I visited him, and he showed me all his memorabilia, which was a real treat,” Lam said. “He endorsed the book, which was great, but he passed away, unfortunately, in 2015, so he never got to see the final, final version.

“He’s probably the person who I feel most connected to who was actually a veteran,” Lam continued.

Ito would no doubt be happy to learn  that, according to Lam, sales of the book have thus far exceeded its publisher’s  expectations.

“I just love the fact that people are reading it and learning so much about the 442nd and the Japanese American experience during the war,” he said.

Although not autobiographical, Lam drew on his own experience as a surgeon and  family man to lend credibility to the  character of the novel’s protagonist.

For Lam, writing historical fiction is a creative outlet that uses different parts of his brain than what he uses for his medical endeavors. But he has bigger goals than just telling random stories.

“The ultimate goal, of course, is to share history with people, especially people who wouldn’t necessarily want to pick up a  nonfiction book,” he said. “I like historical fiction because it entertains, but it also reaches an audience that wouldn’t necessarily think that they’d be interested in history, for example.

“The other thing that I realized long ago when I started writing is that in historical fiction, the story is paramount,” Lam continued. “You can have all the greatest history in the world, but if the story isn’t compelling and the characters are not compelling, then nobody is going to read it, and it’s not going to be a success.”

The saga of the 100th Battalion/442nd Regimental Combat Team is, in and of itself, as compelling a story as anyone could ask for. Researching that history and combining it with compelling characters took time to be done right. For example, in the 442nd’s famed Rescue of the Lost Battalion in the Vosges Mountains in France in October 1944, Lam noted how shrapnel from trees hit by artillery bursts could be as deadly as bullets.

He also cited how Internet tools like Google Earth could give one a realistic  picture of the terrain of places like the French town of Bruyères, where the 442nd fought, as well as the mountains.

“The Internet was enormously helpful because you can literally get a Google Earth map of Bruyères and the mountains, and also connect that with the people who have been on reunions.”

Part of the six years it took to finish the book was also in the rewriting, in order to get the relationships down properly.

“The father-and-son relationship is so critical because it ties into paternalism, the importance of education in the achievements we see in the Asian American community and families — and then, of course, the sacrifices that were made [during] internment. That was a huge part of it.

“I’m not Japanese American,” Lam continued. “So, as an Asian American, I understand there are some similarities between Chinese Americans and Japanese Americans growing up in our society, but I still had to take a little bit of a leap — that people would consider what I’d written to authentic.”

Lam added that he also wanted the book to be a page-turner, balanced by well-developed characterizations to make it succeed. As a physician, he also wanted to incorporate how for some, PTSD or post-traumatic stress disorder, while invisible, can manifest as depression, psychosis or anxiety in ways that can be as devastating as an actual  physical wound.

As for his next writing project, Lam was cagey about what the subject matter will be.

“I learned after I wrote my first book (‘Saving Sight’) not to mention what my next book is going to be because you don’t know when that’s going to come out,” he said. Lam did allow, however, that it may be similar to his first book, which was nonfiction.

And, should Hollywood come a-knockin’ to see about adapting his novel into a motion picture in this post-“Crazy Rich Asians” era, Lam wouldn’t slam the door in a producer’s face. But as an ophthalmologist, he knows it’s better to keep his eyes focused on reality.

“I’ve already been though the process with my other novel (‘Two Sons of China’),” he said. “The stark reality is that even if your book gets optioned for a film, the odds of it being made are extremely slim.”