Old-Timers at the JACL National Convention

It doesn’t seem that long ago that I was among the “young” members of the JACL. The “old-timers” were the people who started the JACL all those years ago. They were in their 70s and 80s or even 90s.

Since most of our Nisei pioneers who experienced firsthand the unjust incarceration that occurred among Americans of Japanese heritage during World War II have passed on, I and my contemporaries have become the “old-timers” within the JACL.

We were there at the National JACL Convention held in Salt Lake City in 1978 when the Redress campaign was endorsed by the JACL. I was a member of the California State Assembly at that time and was asked to participate in the convention. Since it was my hometown and the state of my birth, it had great significance to me to be in attendance there. 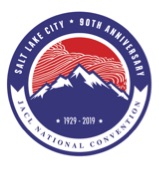 The 2019 JACL National Convention will be held at the same hotel, Little America Hotel, as that 1978 convention. We will once again celebrate a historic event as we commemorate 90 years of the JACL. We owe a lot to those young leaders from our community who had the foresight and courage in 1929 to start this national organization.

We need to continue the leadership principles that were embodied in our elders’ fight for equality for themselves and their immigrant parents. The JACL continues to be at the forefront of civil rights issues in the nation. We need to maintain the legacy of the past.

The theme of this year’s convention is “INCLUSION. ADVOCACY. ACTION.” It is important for the JACL to embrace many new young members, but the old-timers are still vitally important.

This year’s convention will bring in some of the past leaders of the JACL and the redress movement to discuss what happened during those critical years leading up to the passage of the Civil Liberties Act of 1988, which provided redress. They were young at that time but are now the old-timers. We are fortunate to have their participation.

Hope to see you in Salt Lake City this summer at the convention.