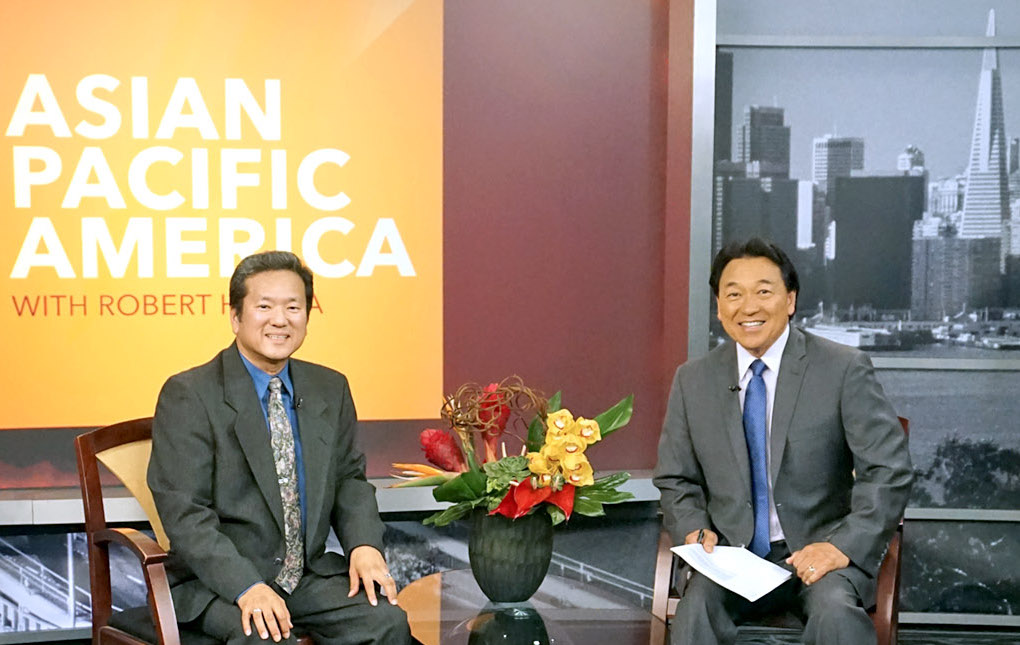 On Air With the JACL

“Asian Pacific America With Robert Handa” first aired on KNTV-NBC Bay Area in September 2014 and is currently the only Asian cultural affairs show on network television in the greater San Francisco Bay Area.

The half-hour show devoted its entire running time on Aug. 6 to highlighting various aspects of the Japanese American Citizens League, the nation’s oldest Asian American civil and human rights organization, which is headquartered in San Francisco.

Founded in 1929, the JACL monitors and responds to issues that enhance or threaten the civil and human rights of all Americans, as well as implements strategies to effect positive social change, particularly in the Asian Pacific American community.

Host Robert Handa felt that in featuring the JACL, he hoped “people will not only understand the historical role that the JACL plays in helping the community, but also see its relevance to our world today. These lessons seem particularly valuable as other ethnic communities face similar issues and threats now.”

With the JACL working to promote cultural, educational and social values, as well as preserve the heritage and legacy of the Japanese American community, National JACL President Gary Mayeda led off the show by talking about the organization and his family roots.

Mayeda and Handa found that they shared something in common, learning that their families were both incarcerated at the Heart Mountain Relocation Center in Wyoming during World War II.

“Surviving the experience of our families being incarcerated taught succeeding generations to overcome societal adversities. Giving back to the greater APIA community in our own ways became another common trait we both shared,” Mayeda said.

The second segment of the show focused on the workings of a local JACL chapter, the Sonoma County JACL, which was founded in 1934. In July, the chapter received a JACL Legacy Fund grant at the organization’s National Convention in Washington, D.C., for its Kami Shibai educational project, which serves as a resource guide on Japanese culture.

The Sonoma County JACL is an active organization, counting among its many successful programs a Taiko and Japanese Culture workshop, essay contest and Oral History Group and Speakers Bureau. 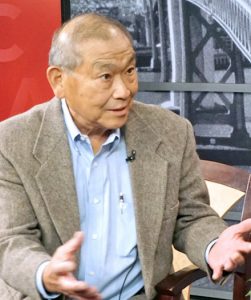 Mark Hayashi, co-president of the Sonoma County JACL, was a guest on “Asian Pacific America,” and he talked about his chapter’s Oral History Group and Speakers Bureau, which reaches 2,000-3,000 people a year. Volunteers from the chapter educate teachers and classrooms on their personal incarceration experiences during WWII so that people will learn that such personal injustices must never happen again. (For further information on the Sonoma County JACL, please check the chapter’s website at http://www.sonomacojacl.org/.)

And with 2017 being the 75th anniversary of the signing of Executive Order 9066 by President Franklin D. Roosevelt, which authorized the forced removal of 120,000 people of Japanese and Japanese American descent to American concentration camps during WWII, the JACL supported the February opening of the Smithsonian National Museum of American History’s new exhibition “Righting a Wrong — Japanese Americans and World War II.” JACL also collaborated with the Smithsonian to host a private reception and viewing of the exhibit as part of this year’s National Convention.

The show’s third-segment guests Nancy Ukai, a Berkeley JACL chapter board member, and Patti Hirahara, contributor to the Pacific Citizen and Greater Los Angeles JACL chapter member, talked about the significance of this exhibition and its importance in educating the public about this dark chapter in U.S. history.

Ukai helped the Berkeley JACL chapter create two events last fall that supported the Smithsonian exhibition by sharing stories of camp artifacts and putting many on display. In seeing how many stories could be told through camp artifacts, she developed a new National Park Service Japanese American Confinement Sites Grant Project entitled “50 Objects/50 Stories of the Japanese American Incarceration.” (To learn more about this project, visit https://www.facebook.com/50objectsNikkei/.)

Hirahara talked about the significance of seeing the original E.O. 9066 document at the Smithsonian exhibition, which has been extended through Dec. 8, 2018, as well as her continued promotion of the Washington State University Libraries George and Frank C. Hirahara photo collection of Heart Mountain. (For more information on this exhibition, visit http://americanhistory.si.edu/exhibitions/righting-wrong-japanese-americans-and-world-war-ii.)

“With the JACL having such a presence in Northern California and being headquartered in San Francisco, this is great exposure to all that may not be aware of the JACL. I hope new millenials join to continue the important work and educational activities for future generations,” Hirahara said.

(Iwamura) and his award-winning lead guitarist Lindy Day from the performing group “Whispering Light.” The duo performed “Spirits Dance” from their “One Tribe” CD, in which both musicians play all of the instruments featured in the album.

Village-Stone is a native of the San Francisco Bay Area and is of Cherokee and Japanese ancestry. He lives in Lake County, Calif., and has been in the music and postproduction industry for decades as a composer, performer, producer and proaudio/recording engineer. (For more information on “Whispering Light,” visit www.whisperinglight.com.)

“We are glad to promote national organizations such as the JACL that are part of our local community, and we hope to highlight more JACL stories on ‘Asian Pacific America’ in the future,” Handa concluded.