Personal Reflections of the Kakehashi Project 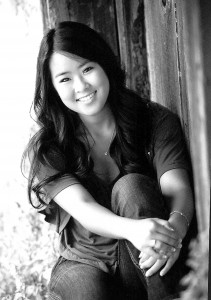 For participant the trip served as a spark to solidify a deeper connection to Japan.

A business card is like the face of its owner. Never write on it. Exchange the card in a way that it faces the recipient. After completing the exchange with two hands and bowing slightly, observe the card with interest before placing it gracefully in a safe pocket or business card holder. This gesture, along with several others, were taught and practiced throughout the duration of our trip.

After just 10 days traveling through Japan’s Kanto and Tohoku regions, an immeasurable amount of information was poured into our minds, covering various topics that included stories of our ancestors and the Nikkei legacy. History about the impact of efforts made by Nikkei residing in Canada, the U.S. and South America via LARA (Licensed Agencies for Relief in Asia), which helped provide aid to those who suffered in Japan after the Pacific War in 1945, was introduced to many of the Kakehashi delegates for the first time. Professor Iino’s lecture gave me a greater understanding of the Nikkei contributions in Japan and was the turning point for me regarding the Kakehashi program. Understanding that my ancestors were a large part of Japanese history made me realize that the Nikkei have a special place in building and continuing the relations between Japan as a nation and Americans both of Japanese descent and other ethnicities.

The volunteers at the Tokyo National Museum and Edo-Tokyo Museum guided us through an educational journey of Japan’s long history as a nation, and during other parts of the program professors from Japanese Universities briefed us on the current and highly relevant discussions circulating between the U.S. and Japan. A unique visit to the JICA (Japan International Cooperation Agency) Yokohama International Center Japanese Overseas Migration Museum furthered our global awareness of all Japanese emigrants, especially the experiences of the Japanese Issei who settled in Central and South America.

Reaching the disaster sites in Sendai first hand helped me recognize that because the earthquake, tsunami and nuclear meltdown happened so closely to one another, Japan has been in a constant rebuilding and reconstructing mode since 2011. Even still, people still manage to carry on and rebuild. The simultaneous tragedies have led to a heart-breaking amount of emotional confusion, especially for the younger elementary-aged students and young adults. Walking around Arahama and Yuriage, looking through the windows of evacuated and tsunami-stricken homes, gave me an eerie feeling. The guardrails on the roads were bent over and touched the ground. The trees along the coastline were all pushed down to the ground and curved away from the ocean. The tsunami left but barren wastelands and thousands of foundations where homes used to stand erect. It was unforgettable. I hope that someday in the near future I can return and help out with the recovery from 3.11.

Toward the end of our trip, we met with the Gojin Dance group at Regina Forest Resort. The setting, the weather, the people, the audience and the atmosphere were all fantastic. Nothing could have been more beautifully scripted or planned. These young dancers carry on traditional dances that originated in their hometown of Aizu Wakamatsu, yet also pursue their interests in hip-hop, singing and break dancing. The balance of maintaining traditions and modern interests was inspiring to say the least. As I watched countless faces fly past my face during the final dance, I saw the enormous flag swaying above our heads and the sun shining bright upon the lake right behind the dock we were dancing on, while fishermen were casting their lines on the docks around us. This was by far one of the most amazing parts of the trip because of the sense of community that was created in the time we spent with the group.

Kakehashi (かけはし), when translated directly, means “bridge” in Japanese, but to me it means that and so much more. I’ll never forget the hours we spent in the Tohoku region, sloshing through muddy rice paddies to chop down stalks of grains with kana (rice harvesting shears), spending nights in a bunke ryokan (Japanese style inn), and learning how to properly set up the layers of a futon. Each member of the delegation that departed on Oct. 13, 2014, has a unique Nikkei legacy to carry on, and I strongly believe that this Kakehashi trip was the spark that several of us needed to solidify a deeper connection to Japan. I look forward to returning to Japan to continue building the new relationship that was established thanks to the Kakehashi Project.