Personal Reflections: The Advantage of Belonging to the JACL 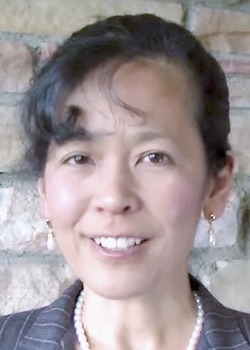 It was a joy and privilege to travel to Washington, D.C., from July 6-10 with my Dad and Mom, Phil and Marion Shigekuni. They were both delegates representing the San Fernando Valley Chapter at the JACL National Convention. I was an alternate delegate.

I want to give you an insider’s view of traveling with Marion and Phil and my/our general observations and impressions.

I was able to see first-hand the advantage of belonging to the JACL and the tremendous benefits of working together toward common goals. As lifelong engaged community members, my parents know a lot of people, so it was interesting and rewarding to meet their friends.

The many, many greetings started at the check-in desk of the Omni Shoreham — and I’m afraid we looked quite disheveled then because we had just arrived via red-eye flights from the West Coast.

It was also very exciting to find that so many young people helped organize this convention. My parents were saying that they were in their 30s when they first became involved in the JACL. They would like to see membership increased, and they know that the key is getting young people involved.

That’s what my Mom and Dad did for me.

Our group trip to the Smithsonian for the “Righting a Wrong” exhibit and the dinner the following night at the Japanese Ambassador’s residence were highlights of the convention.

As San Fernando Valley chapter members know, there is nothing like traveling with my Mom. My favorite things to eat kept appearing on my plate, and she got a glass of wine to offer me the first opportunity she had.

After dinner, we were able to view the Japanese American exhibit, which I understand 4 million people have seen. As we were viewing it, my mom mentioned that my Baachan was excited to come to this country, but it sure was hard for her after she got here. It was so significant to hear my Mom say, “You know, the Niseis had an important part in history.”

The Japanese Embassy really knows how to throw a party. As soon as we walked in, there were servers there to offer us a drink. We waited in the reception area until the doors opened to the main dinner area, which featured tables complete with sushi, sashimi, wagyu beef, tofu lasagna with quail eggs … We were all very impressed by the staff’s show of kindness and happy to be guests at Ambassador Sasae’s home.

Ambassador Kenichiro Sasae was not able to attend because he was away at the G-20 meetings, but his assistant expressed that he considered Japanese Americans as “family.” Those words rang true to us after being treated to such a lavish feast.

At the banquet, Wade Henderson was given the Gov. Ralph L. Carr Award for Courage, and longtime JACL Midwest Regional Director William Yoshino, who retired in March, was honored by the government of Japan with the Foreign Minister’s Award for his decades-long commitment to the education of younger generations.

The panelists in the daytime sessions were impressive.

One of the plenaries was titled, “Building Bridges: Sharing Our Experiences.” One of the panelists, Emi Kamemoto, a Shin-Issei, said that one of her grandfathers was drafted at the age of 16 to be a kamikaze pilot, and her other grandfather was drafted by the Army to fight with Gen. Patton’s troops in Europe.

She said that if those two men could learn to be family, then anything could be possible. “We need to be friends,” Kamemoto said. “This is the way to prevent war. We will not go to war with our friends.”

The other plenary session was “Resolve: A Dialogue on the Current State of AAPI Civil Rights.” The participants all shared about the power of stories and the way people are moved by hearing about individuals’ experiences.

Zaki Barzinji, who served as Muslim American community liaison for the White House in 2016, recalled campaigning door-to-door with his mother when she was running for local office. He recalled that during the closing days of the Obama administration, the advocates were hanging around together and feeling pretty demoralized. One was saying Black Lives Matter had participants but lacked funding. Some of the Muslim groups had funding and wanted to donate.

One convention member offered a call to action, asking everybody to question, “How can my story help someone else?” The moderator of the panel was Jeffrey Moy (JACL VP for Public Affairs). The panelists were Barzinji, who is now a public affairs consultant, Nisha Ramachandran (Policy and Operations Manager, National Council of Asian Pacific Americans) and Heather Skrabak (Associate Director of Policy and Advocacy, Asian Pacific Community Health Organizations).

I attended the workshop on “AAPI’s Portrayal in the Media and Arts” led by Rob Buscher, the festival director of the Philadelphia Asian American Film Festival. Rick Shiomi, playwright and director, was one of the three panelists. There was an informative and stimulating discussion about Asians in the media, and we also saw two films, “Tadaima,” directed by Robin Takao D’Oench, and “Good Luck Soup,” directed by Matthew Hashiguchi.

“Good Luck Soup” has been broadcast on the PBS World Channel. If you Google the World Channel site before Aug. 7, you can find a link to watch the film.

Awards were presented at the Convention’s Sayonara Banquet to Joan Bernstein and the late Angus Christian Macbeth, both of whom were instrumental in the success of the Commission on Wartime Relocation and Internment of Civilians, which published the “Personal Justice Denied” report based on historical archives and testimony from more than 750 witnesses.

Throughout the convention, one of the continual themes was identity and the question of what it is that binds us together as Japanese Americans. Those acts of thoughtfulness toward others and the building up of other people are some of the characteristics I see in my Mom.

With the exception of Bernstein, the award recipients at the convention were male. So many thanked their wives in receiving the awards. With my own mother as an example, I think that one of the strengths of Japanese Americans is the loving self-sacrifice of Japanese women.

My Mom has been encouraged by the presence of the JACL National Youth/Student Council participants, and she yearns for young persons to be involved in the JACL.

Good things are happening around the country. Chapters are speaking out for the rights of Muslims, finding ways to support the arts, sharing our stories, talking about the ties that bind us together and building bridges to stop the spread of hate and violence. Intergenerational activities are happening, such as a mentorship program with the NY/SC.

Being at the convention made me proud to be Japanese American, grateful to be present at the convention and thankful for the many friends who my family and my parents have through membership with the San Fernando Valley JACL!

Laurie Shigekuni, Esq., is the principal attorney of Laurie Shigekuni & Associates, an Estate Planning, Trust Administration, Medi-Cal Long Term Care and Probate law office with its primary office in San Francisco and satellite office in Pasadena, Calif. She grew up in the San Fernando Valley and graduated from Granada Hills High School in 1979.