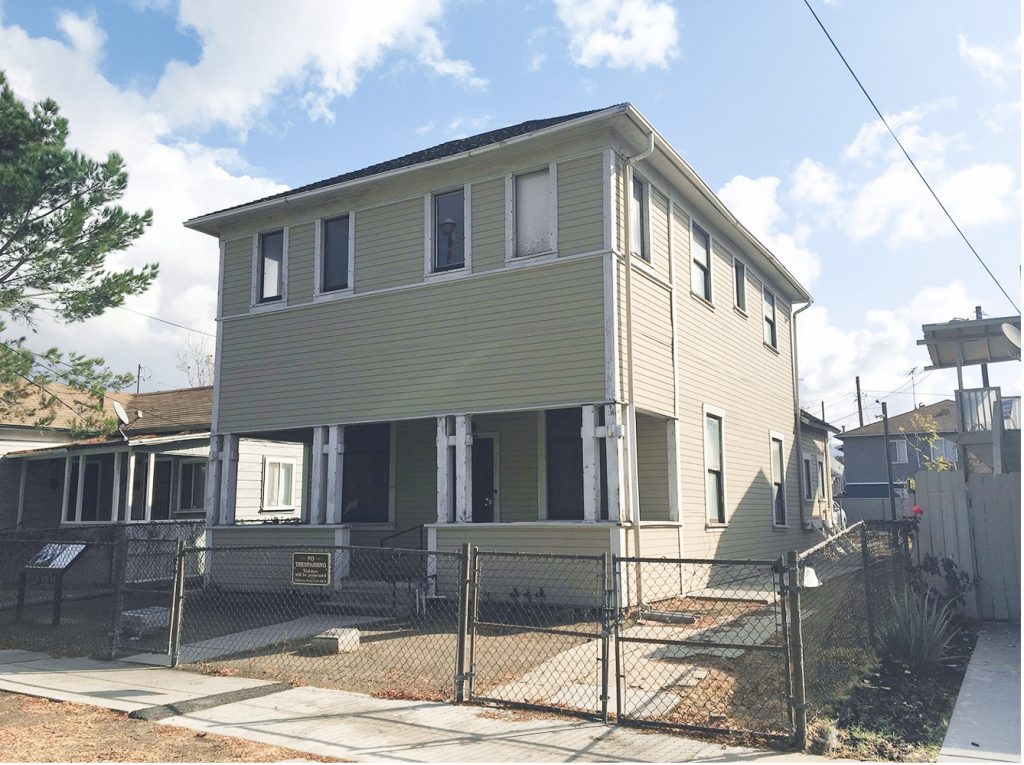 The historic Harada House will now begin extensive structural rehabilitation before it is opened to the public. (Photo: Nancy Takayama) 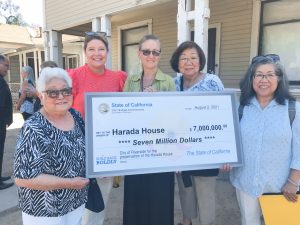 RIVERSIDE, Calif. — A $7 million state budget allocation will ensure the structural rehabilitation of the Harada House, which is key to opening the National Historic Landmark to the public and sharing like never before the story of how a Japanese American family in downtown Riverside successfully fought against discrimination.

City officials gathered on Aug. 2 with Assemblymember José Medina, who shepherded the allocation through the state budget process, to celebrate the funding success and look forward to additional progress.

“This funding is crucial to the successful completion of the complex process of structural rehabilitation for Harada House,” Mayor Patricia Lock Dawson said. “This nationally important historic house cannot be opened to the public until rehabilitation is completed, so we are grateful for the additional resources.”

A historic preservation architect will be selected this summer, and more than four years of work is expected to start next year, starting with the foundation and working upward through the structure using advanced technologies to preserve as much of the historic fabric of the house as possible. 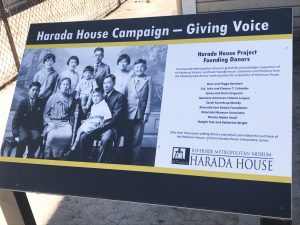 A sign detailing the Historic Landmark’s founding donors, which is located in front of the house. (Photo: Nancy Takayama)

The funding also ensures the completion of the Harada House Interpretive Center, which is next door to Harada House, located at 3356 Lemon St. in downtown Riverside.

“I am grateful that the Governor (Gavin Newsom) and Legislature recognized the importance of the Harada House to Riverside and the entire State,” Medina said. “The Harada House memorializes both the triumphs of, and the injustices against, Japanese Americans. The social justice message at the heart of this house remains crucially relevant today.”

Harada House, originally built in 1884, earned its National Historic Landmark status in 1990 because it had been the subject of a civil rights court case in 1916-18, the People of the State of California v. Jukichi Harada et al., in which the Superior Court of California upheld the 14th Amendment rights of the American-born children of Japanese immigrants Jukichi and Ken Harada against California’s Alien Land Law targeting Asians.

The Harada case was the first test in the United States of the constitutionality of these exclusionary property and immigration laws. Decades passed before alien land laws were repealed in California, but in 1918, the racially motivated criminal prosecution of Jukichi Harada ended in triumph for the Harada family. 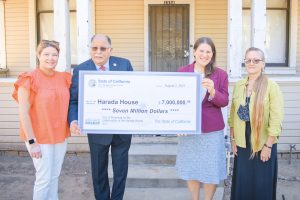 “This is so meaningful — the money, the investment, the work being done by the Museum of Riverside to share the Haradas’ story so that people around the country can learn from our history,” City Councilmember Erin Edwards said. “The ripple effects will be enormous.”

Harada House, the subject of this court case, was deeded to the City of Riverside in 2003 by Harada family heirs so that it could become a site for education and dialog relating to civil rights.  However, termites, water incursion and other factors caused the house to be deemed unsafe until a costly rehabilitation could take place.

“The state funding is transformative,” Museum of Riverside Director Robyn G. Peterson said. “It acknowledges the importance of proceeding with this project so that the Museum of Riverside may make Harada House and its relevant stories accessible to the public. Harada House remains as timely today as it was over a century ago, with its messages that go to the very heart of the ideal of ‘liberty and justice for all.’”