Proposal to Rename S.F. Street to ‘Jeff Adachi Way’ is Approved by Land Use and Transportation Committee

SAN FRANCISCO — The Land Use and Transportation Committee unanimously approved a resolution to change a section of Gilbert Street to “Jeff Adachi Way” on Nov. 4, paving the way for full board approval.

The street, which runs parallel to Sixth and Seventh streets between Bryant and Brannan, was chosen because it is the street that the late public defender used to walk between his office and the courthouse, located at 850 Bryant St. 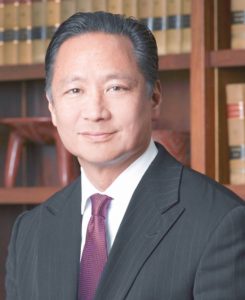 Adachi, 59, who passed away suddenly on Feb. 22, was “the most highly visible Japanese American elected official in San Francisco and the only elected public defender in the state of California,” according to a statement by the JACL. Adachi was re-elected four times.

The proposal was first introduced in March and is co-sponsored by President Norman Yee and 10 other supervisors; it also gained widespread JACL support, both nationally and from local JACL chapters, including San Francisco JACL, led by President John Hayashi.

However, the approval process has not been an easy one, as it has taken months for the city to collect and evaluate public feedback from the street’s residents and businesses, who have opposed the resolution, arguing that the name change would be costly and time-consuming.

According to an email submitted to the board’s Land Use and Transportation Committee from County Surveyor Bruce Storrs, “Out of the 28 fronting properties, 23 responded to the Public Works letters. All of the responses opposed the renaming of Gilbert Street.”

Instead, several residents asked the Department of Public Works to consider renaming the Public Defender’s Office Building after Adachi instead of Gilbert Street.

Supervisor Matt Haney has proposed to keep the Gilbert Street name posted beneath the new Jeff Adachi Way for five years, after which it would permanently be known as Jeff Adachi Way.

The resolution now awaits a vote before the full Board of Supervisors.