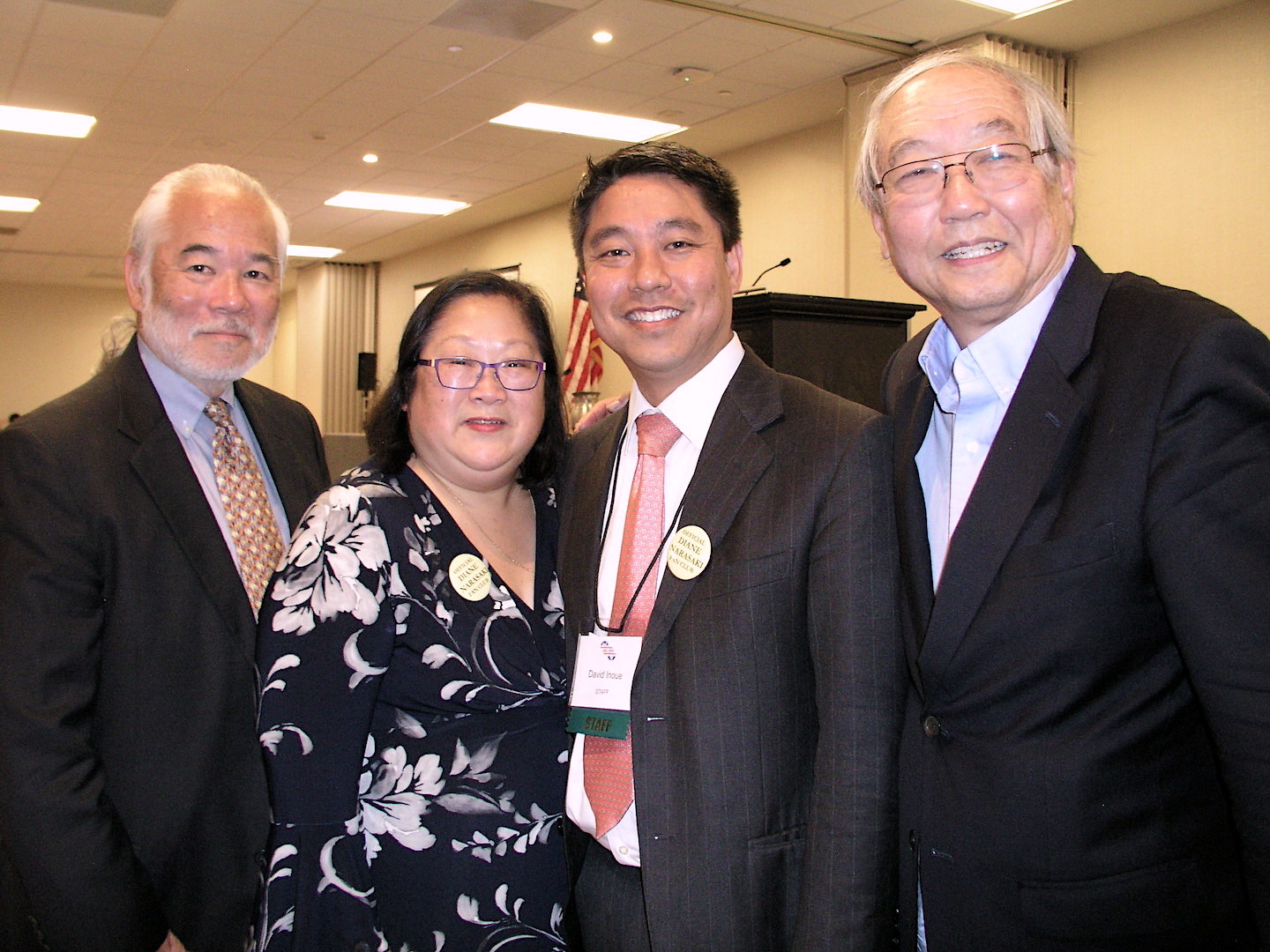 In a moving plenary session, panelists share their perspectives on redress and hopes for the future.

“I hope all of you in JACL know how proud you should be for the role you have played not just in recognizing our families but for helping others who are facing these issues today,” said panelist Karen Narasaki during the “Redress 30 Years Later: Looking Back and Moving Forward” plenary on July 20 at the JACL National Convention.

Moderated by JACL Executive Director David Inoue, panelists included Narasaki as well as Grant Ujifusa and Stuart Ishimaru, who all shared their unique perspectives on redress and how issues regarding civil liberties continue to be a struggle for Americans today.

Ujifusa, who served as the legislative strategy chair of the JACL redress effort from 1982-92, spoke about three key factors that were at the heart of securing redress. 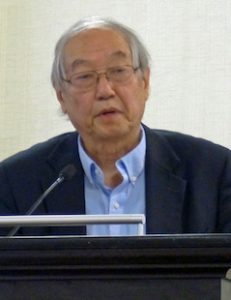 Ujifusa, who said that he “spent the most important years of my life as a part of this organization (JACL),” also acknowledged the key role Philadelphia JACL’s Grayce Uyehara played in the redress fight. “Grayce was the heart and soul and the grit and the muscle of the JACL… . Had she not been with us, once again, there would be no redress.”

The other “hero” of the effort was Kazuo Masuda, who was killed in action on Aug. 27, 1944, in Italy while serving as a member of the 442nd Regimental Combat Team. Gen. Joseph Stilwell announced that Masuda would receive the Distinguished Service Cross, and invited to speak at his funeral was 26-year-old Army Capt. Ronald Reagan.

As the redress struggle continued, Ujifusa said, “How could we get word to President Reagan to remind him that he spoke at Kaz’s service? Top aides around Reagan were dead-set against us. It was suggested that we hold off a year. But we couldn’t. We were working on this for 10 years, and we were running out of gas.”

But Reagan did remember. “I remember Kazuo Masuda,” Ujifusa recounted Reagan saying. “I’m asking my people to reconsider everything.”

Next to speak was Ishimaru, whose parents and their families were incarcerated at Topaz. Ishimaru served as a member of the U.S. Equal Employment Opportunity Commission from 2003-12, where he was chairman for two terms.

He took a moment to pay homage to Aiko Herzig-Yoshinaga, who passed away on July 18: “[Aiko] literally took me by the hand at the National Archives and taught me how to do research… . She was the one who found the document that said Japanese Americans did not pose a threat to national security. That was one of the reasons that changed the tide.”

Ishimaru also recalled how the road to redress was certainly not an easy one. 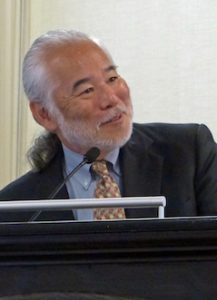 “This was something that was not easy. It was not linear. It took on various dimensions that in the end resulted in a great positive, a victory,” he said. “The story of Japanese American patriotism and service and the role JACL played was a very important piece of it. I think for me, what I took away from this is that you can’t do this on your own… . The redress fight was the question of how do you enlist others with you, how do you get them to understand your story? I’m glad we’re talking about this and still talking about this.”

Narasaki, an independent civil and human rights consultant who serves on the U.S. Commission on Civil Rights, recounted that she was just finishing up her 9th circuit clerkship as redress was making its way through Congress.

“It took more than a decade from start to finish, and the finish wasn’t just the passage,” she said. “It still needed to be funded.”

Hired in 1992 by JACL as its Washington, D.C., rep, Narasaki said that the redress fight amounted to people having the right conversations, which all made a significant difference that changed the course of history.

Inoue then asked the panelists if obtaining redress would be something that could be done today. 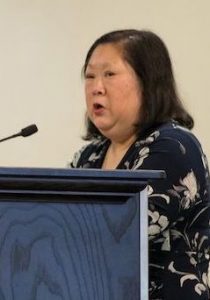 “I go back and forth on this issue, having been in Washington for over 25 years,” said Narasaki. “I have seen that elections have consequences. … What has improved is the number of Asian Americans in Congress — we are more robust as a community today.”

She also recalled how “scary” things are now. “What we’ve moved on to is what do you do to people who are not American citizens? That’s where the fight is now.”

Added Ujifusa, “Today there is no way that we can accept something like this. It’s my hope that the experience of Japanese Americans can be a lesson.”

A lesson that must continue on with each new generation.

“JACL is in a fine position and needs to continue to communicate with our communities. There could very well be a day when these stories could literally go away and people may not care a generation or two from now,” said Ishimaru. “One of JACL’s huge challenges going forward is how do you continue these stories? How do you work with current events while making sure that our story is not forgotten? That is the key.”