My family has deep roots with the JACL. In fact, my great-grand uncle, Tom Okawara, was one of the founding members back in 1929.

I had the privilege of attending my first JACL National Convention a couple of years ago when it was held in Washington, D.C.

I accompanied my parents, Phil and Marion Shigekuni. My dad was then serving as JACL San Fernando Valley chapter president. The theme was “Resilience, Remembrance, Resolve.”

In 2017, President Trump had recently been elected, and conference participants were voicing discontent about the anti-Muslim ban and other anti-immigrant policies. I was thinking during the conference that “Resistance” should have been one of the theme words.

Two years later, we are past the initial shock of the 2016 election. We have had time to analyze the new challenges our country faces. And some of us have begun to share our own families’ wartime traumas in the context of current injustices.

Starting when I was quite young, I used to wonder how it could be possible to violate the rights of Nikkei on the West Coast, when two-thirds of us were U.S. citizens. I wondered what steps were taken at the time to try to prevent this tragedy from occurring.

If I reflected about the U.S. government’s treatment of my kinspeople when I was reciting the Pledge of Allegiance, tears would come to my eyes. I would wonder, “How could this happen to U.S. citizens?” “How could this huge group of people just get on trains and leave?” ”Who was there to protest?” 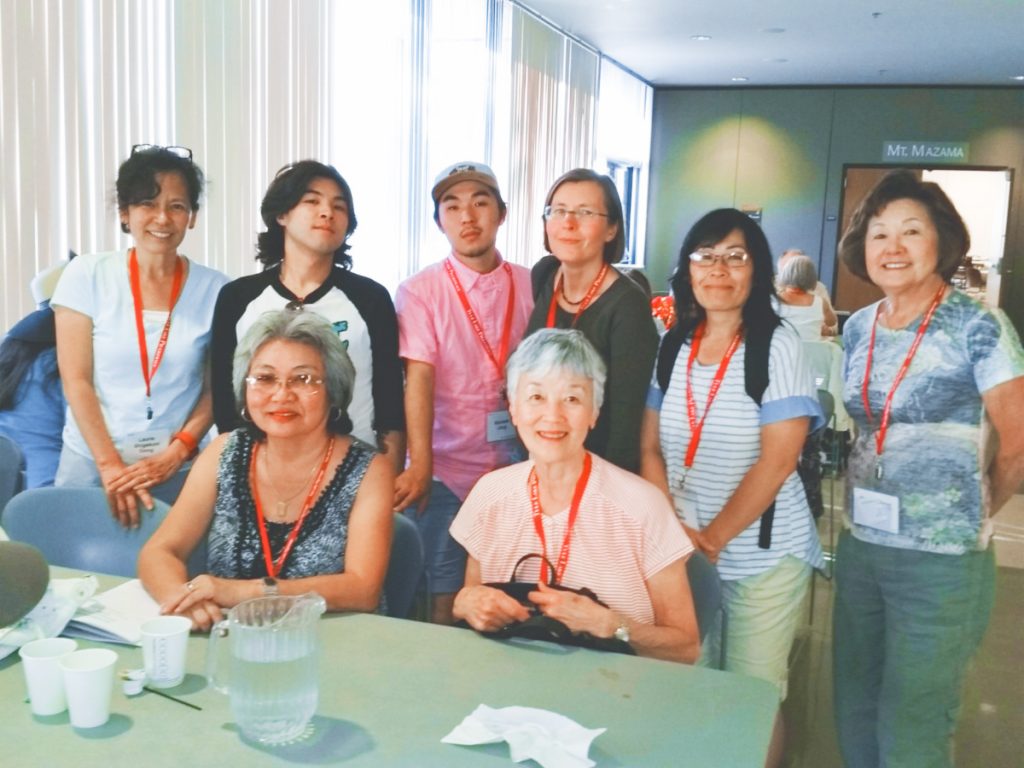 These days, I move in mostly non-Japanese American circles. I am heartened by the fact that my non-JA friends are seeing the ways our community is standing up for the newcomers facing dire circumstances as they try to seek refuge in our country.

In 2016, I gained a deeper awareness of the divide in our community at the Tule Lake Pilgrimage, which I attended with my parents; my neighbor, Amy Kiyota Jong (the niece of the late Dr. Minoru Kiyota); and Amy’s children, Steven and Kenneth Jong. My law practice associate, Martha Bridegam, who has a longstanding research interest in Tule Lake, was also with us. We met up with friends from the San Fernando Valley JACL — Nancy Oda, Norma Jean Yamashita and Wendy Hirota.

At the pilgrimage, I learned that four-fifths of the people in Tule Lake were Buddhist. Since the Justice Department rounded up the Buddhist priests and Japanese-language teachers first and sent them to detention, while their separated families were detained in camps, and since the people who were more likely to answer “No, No” on the loyalty questionnaire were Issei and Kibei and those with deeper Japanese roots, the population at Tule Lake was more Buddhist than the population on the whole.

One of the reasons my Dad and Mom came to Tule Lake is that when they went to see Hiroshi Kashiwagi’s play “The Betrayed” about a decade ago — about two young people who take different routes through life because of their families’ different choices at Tule Lake — they were moved by Hiroshi’s testimony at the end of the play about his lack of Japanese American friends when he was attending UCLA.

Elsewhere, Kashiwagi has written that he did not seek out Japanese American friends when he attended UCLA because he felt alienated from the community. He wore a “pork-pie” hat that he had received as a gift from his father in order to look odd on purpose. He did not want to be approached by other Niseis and have to answer the inevitable question of, “Which camp did you go to?”

The pain of isolation and ostracism stings.

I have enjoyed being a part of the JA community in many different ways. I have enjoyed becoming friends with my parents’ friends through the JACL and have enjoyed the tight-knit camaraderie forged from common experiences of suffering. I think it is incredibly sad that Hiroshi and other “No-No Boys” couldn’t fully be a part of this.

There were many reasons for “No-No” decisions, including Isseis’ fear of becoming stateless, U.S.-born children’s fear of separation from noncitizen parents, lack of information about what the loyalty questions were meant to ask and refusals of military service that were founded on constitutional principle or plain indignation rather than any “disloyalty” to the United States.

And we can all remember what it’s like to be young, grappling with our identity. Of course, people with a greater affinity for Japan, like the Isseis and Kibeis, were angry because of the way they were treated and the way all things Japanese were being trashed. We really can’t blame the ones who got so fed up that they decided to go to Japan or renounce their U.S. citizenship.

The fact is, we were all victims. The government promulgated a “military necessity” argument for removing us from the West Coast even though there was not a single act of espionage. For reasons that had more to do with California agribusiness than real security, I think, the Japanese on the West Coast were treated as scapegoats, and we suffered a multitude of hardships.

Our incarceration left a pallor on the soul of our community. Dr. Satsuki Ina has helped us to identify that we as a group have been defined by silence.

Hiroshi Kashiwagi Jr. has said that he always had a reluctance to raise his hand in class. I’ve felt the same way. For anybody who has been with groups of Japanese Americans, I’m sure you’ve observed a reticence to offer an opinion. Pastor Saburo Masada explained to me when we were at the Tule Lake Pilgrimage together that Japanese Americans tend to be conflict-averse.

The other way we have suffered is that love of Japanese identity was not strongly encouraged. Since people were ashamed to be Japanese and, like my Dad, wanted to distance themselves from “the enemy,” many people in our community did not retain the Japanese language nor Japanese culture.

Japanese culture is closely tied with Buddhist and Shinto traditions, and for families (like mine) who followed a Christian pathway, our connection to Japanese culture was diminished. I think this is a shame — it means that we have missed out on a lot of cultural richness and awareness of where we come from.

I had the chance to live in Japan for a few months after I graduated from college, and it was a life-changing experience for me. I wanted to learn to speak with my Baachan (who came from Hiroshima when she was 18 years old), and I was able to learn enough to speak with her. The Japanese part of me was awakened, and I have never been the same.

At times when I have felt fed up with a stale situation or a deadlock, new activities have helped to jolt me out of a bad spot.

My law office associates and I are preparing to found a new nonprofit in part because we want to offer fresh energy to civil rights education work. We would like to call it Kita Kapwa. Kita means “kite” in Japanese and symbolizes our hope for the future. Kapwa is short for the Tagalog word Pakikipagkapwa, which means “We are all in this together.”

One of our projects is to recycle a “sound booth” — a small portable room — that Hiroshi Kashiwagi used as his writing studio for many years. We would like to use QR codes and art to make it a traveling exhibit about courage and resistance in the face of injustice. We also plan on using Japanese fabric to decorate the booth.

If you have some fabric you would like to have incorporated into a quilt border, please let me know. There will be other ways you can help. Our website should be operational soon — www.kitakapwa.org.

So, can we take a deep breath? Can we start the next 90 years of JACL history with fresh thinking and new energy to engage in the civil rights battles at hand?

I believe wounds will heal, and we will keep finding new ways to tell our stories and be able to be an encouragement to our fractured nation.

Laurie Shigekuni and Martha Bridegam are attorneys at Laurie Shigekuni & Associates, a firm that practices estate planning, trust administration, probate and Medi-Cal long-term care planning. Their contact information is www.calestateplanning.com, contact@calestateplanning.com, (415) 584-4550, (800) 417-5250. The views expressed in the preceding commentary are not those of the Pacific Citizen.