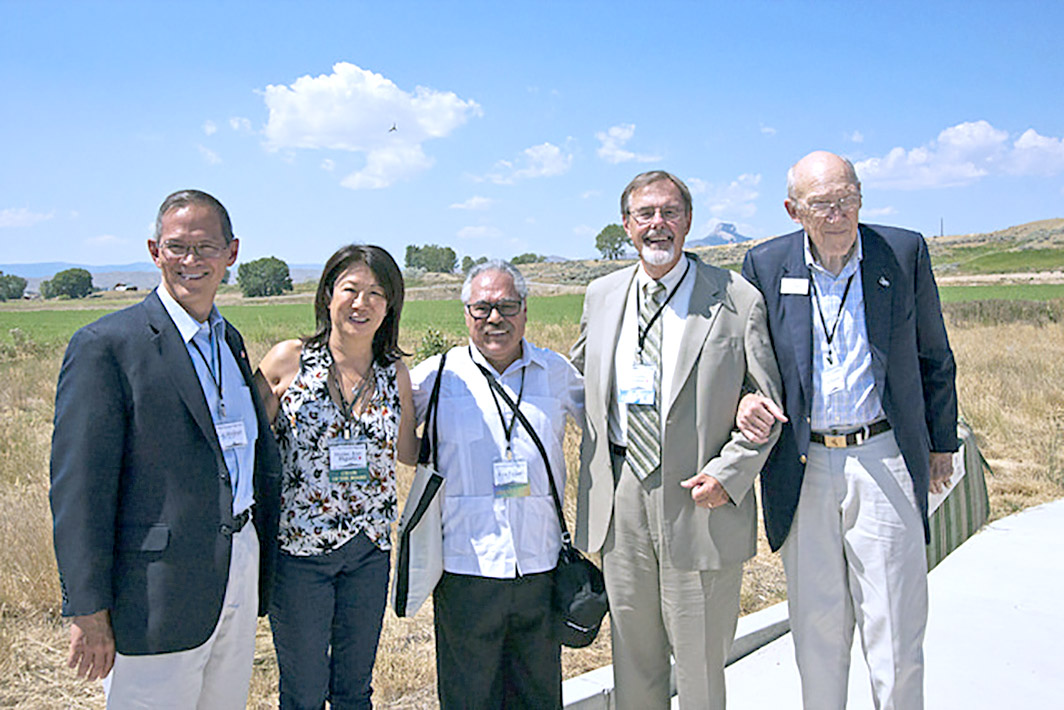 POWELL, Wyo. — Each year, hundreds of visitors make a “pilgrimage” to the Heart Mountain National Historic Site, where 14,000 people of Japanese Ancestry – two-thirds of whom were U.S. citizens – were unjustly incarcerated during World War II. The journey is taken by former incarcerees, their descendants, friends and members of the public who seek to understand this dark and poignant history and its impact on us today.

The 2017 Heart Mountain Pilgrimage will take place July 28-30 and will highlight the concept of the “American Self,” exploring personal definitions of identity in today’s society. 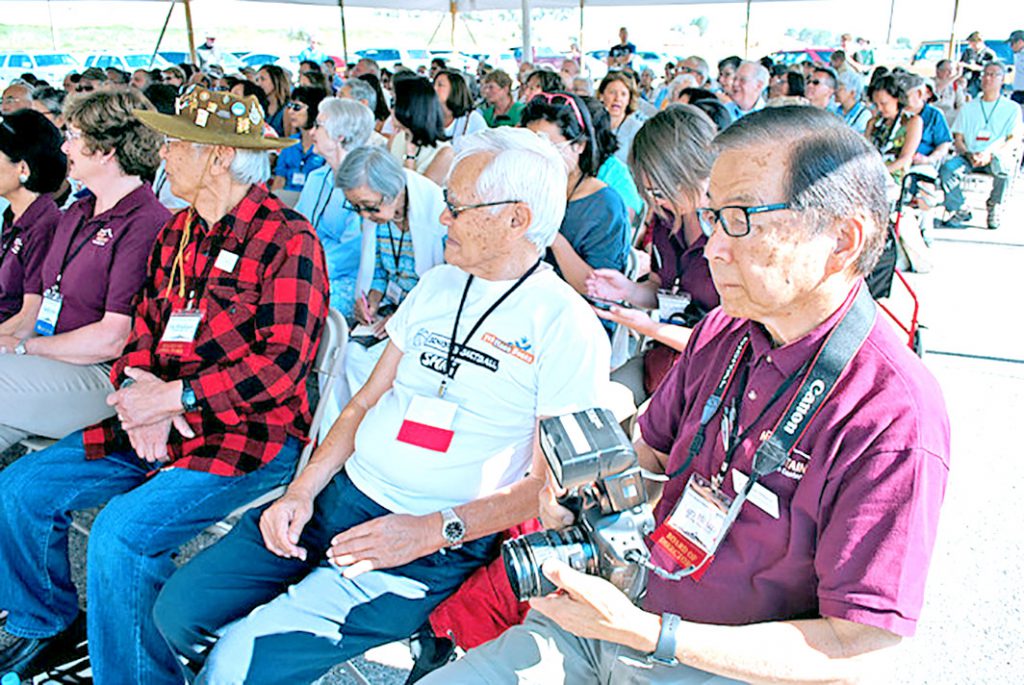 From right: Sam Mihara, Shig Yabu, Takashi Hoshizaki and Claudia Wade look on during the opening ceremonies at the 2016 Heart Mountain Pilgrimage.

In the six years since the opening of the Interpretive Center, the annual pilgrimage at Heart Mountain has grown into a much-anticipated event. It has become known for its powerful speakers, innovative programming and experiential opportunities that connect former incarcerees with the public.

This year’s keynote speaker will be Ann Burroughs, the new president and CEO of the Japanese American National Museum in Los Angeles’ Little Tokyo.

Burroughs has ample experience in social justice, beginning with her work as an anti-apartheid activist in her native South Africa. She also has more than 25 years of experience working for nonprofit organizations such as Amnesty International, L.A. Works and the Rockefeller Foundation in management, resource development and strategic communications with a focus on supporting democracy and community diversity.

“When I first met Ann at JANM during last fall’s Town Hall while she was serving as its interim director, I was captivated by her generous spirit and understanding of the Japanese American community,” Higuchi said. “Her participation in this year’s pilgrimage and introduction by Sec. Norman Y. Mineta is all the more significant given she was incarcerated as a young activist and will now speak at the very site of Norm’s confinement 75 years ago.”

The pilgrimage will begin in Cody, Wyo., on July 28, featuring educational sessions and a multigenerational discussion, followed by an evening banquet and a silent auction at the Holiday Inn. The night will wrap up with a dessert reception.

Burroughs’ keynote address will be the centerpiece of the events scheduled for July 29. U.S. Sen. Alan K. Simpson (ret.) is also scheduled to speak.

Other programming on July 29 will include the premiere of “Faceism,” a new documentary by David Ono and Jeff MacIntyre, the award-winning filmmakers of “The Legacy of Heart Mountain.”

Registration for the Sixth Annual Heart Mountain Pilgrimage is now open to the public. The cost for participation in all the events, including the dinner banquet, dessert reception, opening ceremony, special presentations and exhibits is $165 for nonmembers and $130 for members. Children ages 6-11 are only $50 and children under 5 are free.

Attendees can register online at www.heartmountain.org/pilgrimage or by calling (307) 754-8000.