“There is an urgent need for more poll workers this election, including people 50-plus and younger voters. We need to ensure that in-person voting is still an accessible and safe option,” said Nancy LeaMond, executive vp and chief advocacy and engagement officer at AARP. “We will encourage all AARP members to communicate with their younger family and friends around the importance of voting and how to participate as a poll worker.” 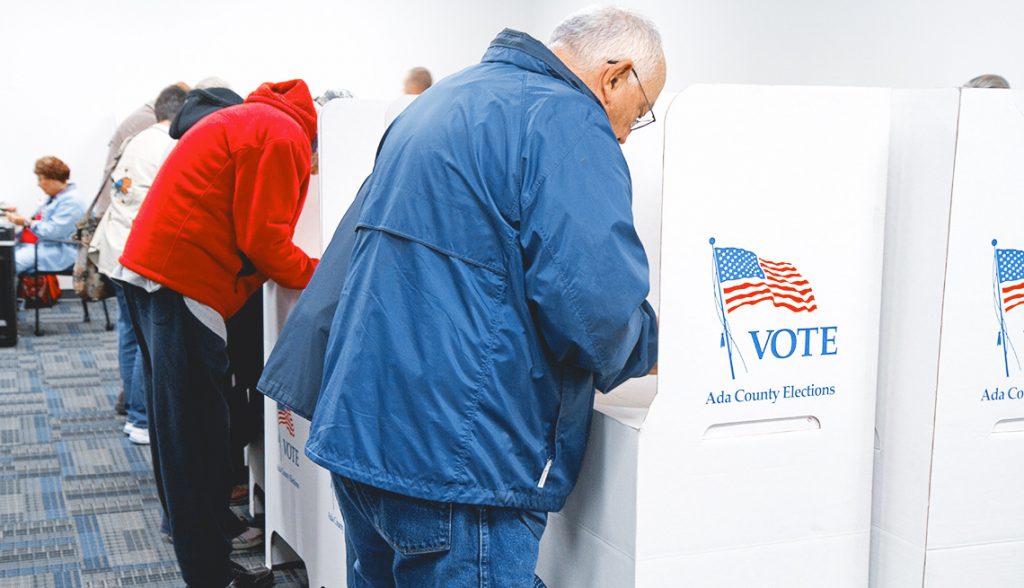 AARP is working to ensure that in-person voting is still accessible and safe come Election Day in November. (Photo: AARP)

For more information on how to serve as a poll worker in your community, visit www.powerthepolls.org/AARP. According to a Pew Research Center analysis of government data, nearly 6-in-10 (58 percent) of poll workers were ages 61 and up in 2018 and 56 percent in 2016.

Many communities faced poll worker shortages prior to the pandemic. The 2016 U.S. Election Assistance Commission found that two-thirds of jurisdictions already had a difficult time recruiting enough poll workers on Election Day.

“The poll worker shortage is an urgent issue, and we’re on the clock,” said Scott Duncombe, co-director of Power the Polls. “This unprecedented shortage threatens our democracy, puts our older population at risk and disproportionately affects low-income communities and communities of color. This is a historic moment for first-time poll workers to sign up to protect their communities, their neighbors and their democracy. We will keep working until there are enough poll workers and volunteers to keep polling sites open, staffed, efficient and functioning. We must do everything we can to ensure this upcoming election is safe, fair and accessible.”

Said Ben Brown, founder of the Association of Young Americans: “Poll workers play a critical but often overlooked role in ensuring safe elections. The pandemic has hampered recruiting efforts for poll workers, who tend to be repeat workers, and fewer poll workers means longer lines, delays and more confusion on Election Day. We’re excited to work with AARP and Power to the Polls to encourage Americans of all ages to be poll workers and protect the election and their communities.”

“Poll workers are the essential workers of our democratic process. All voters should feel safe and welcome when they participate in the upcoming election,” said Clare Bresnahan English, president and CEO of New Leaders Council. “This intergenerational collaboration with AARP and Power the Polls allows us to recruit young poll workers whose identities reflect the community in which they serve.”

AARP will work to engage with younger audiences to work alongside 50-plus Americans to help ensure the availability of safe voting options. By partnering with Power the Polls, AYA and NLC, AARP will raise awareness about the need for additional poll workers of all ages to ensure the continued accessibility and safety of in-person voting.

The Power the Polls initiative is also working with local organizations and partners to help election officials provide the necessary personal protection equipment to keep poll workers and voters safe. For more information, reach out to your local officials through workelections.com.

In past articles, I wrote about our “Protect Voters 50+,” a comprehensive voter engagement campaign to support and protect Americans 50-plus as they vote in the 2020 elections. The campaign will help Americans over 50 vote safely, whether at home or in person.