As we enter the holiday season, veterans, active-duty service members and their families are nearly 40 percent more likely to lose money to scams and fraud than the civilian population, according to a new AARP report. Additionally, four out of five military/veteran adults were targeted by scams directly related to their military service or the benefits they receive. 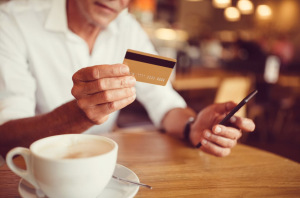 According to a new AARP report, veterans, active-duty service members and their families are nearly 40 percent more likely to fall victim to scams.

“Our research shows scammers are taking aim at the veteran and military community at alarming rates, emphasizing the importance of staying up to date on the latest scams and how to avoid them,” said Troy Broussard, senior adviser of AARP Veterans and Military Families Initiative.

“Knowing the red flags can not only help veterans, military and their families avoid losing money, but also avoid the emotional toll from scams.”

Scammers often use military jargon and specific government guidelines to craft an effective pitch to steal money from military members and veterans. One in 3 military/veteran adults reported losing money to these types of service-related scams. Of those who lost money, the top scams reported include:

Other key findings include:

To make scams easier to spot, AARP’s Fraud Watch Network recommends signing up for the National Do Not Call Registry and using a call-blocking service.

Additional measures include using strong and unique passwords for each online account, using two-factor authentication when available and placing a free security freeze on credit reports at each of the three major credit bureaus. Also, veterans never have to pay for their service records or earned benefits — if told otherwise, it’s a scam.

Operation Protect Veterans — a joint program of the AARP Fraud Watch Network and the U.S. Postal Inspection Service — helps veterans, service members and their families to protect against fraud.

The Fraud Watch Network also offers biweekly fraud alerts and a free helpline (877-908-3360) through which veterans, military and the public can report suspected scams.

For more information and resources for veterans on the latest fraud and scams, visit aarp.org/veterans.

The survey was administered in August 2021 to a total of 1,660 people: 851 active or former U.S. military respondents and 809 nonmilitary (civilian) adults ages 18 and older using NORC’s AmeriSpeak Internet Panel. The margin of error is 4.40 percent at the 90 percent confidence level.